The Mexico City prosecutor’s office is looking into 10 private doctors and a government official, amid claims that more than 500 death certificates were falsified during the coronavirus pandemic.

Mexican newspaper El Universal reported Friday that the investigation was was opened up after the federal district’s Health Protection Agency showed concerns over death certificates.

Causes of death were listed as respiratory failure, atypical pneumonia or viral pneumonia – but it is feared coronavirus could have been to blame instead.

Mexico City mayor Claudia Sheinbaum said the doctors did not include the coronavirus as the primary cause of death in the documents which were released during the ongoing global pandemic.

Sheinbaum did not reveal why the death certificates were such a premium.

Workers move the body of a COVID-19 victim to the crematorium at a cemetery in Mexico City on June 2. The Mexico City prosecutor’s office has opened up an investigation into 10 doctors who reportedly omitted the cause of death of 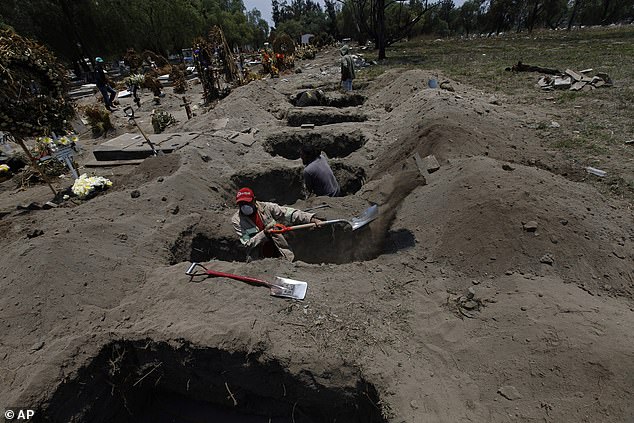 DailyMail.com reached out to the Mexico City prosecutor’s office for comment.

The Health Protection Agency raised suspicions when it discovered that the physicians did not visit the residences or clinics where the infected patients had died.

Of the 10 doctors being looked into, only three were identified by the prosecutor’s office.

Figures released Friday showed 3,456 people had died of the virus in Mexico City, which had 28,389 confirmed cases. 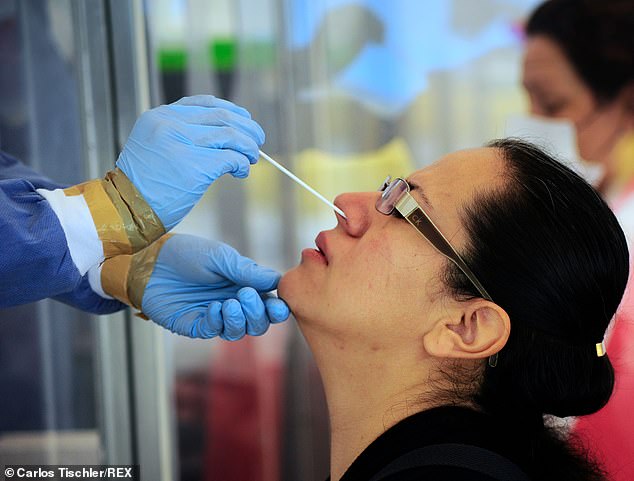 Mexico has reported 12,545 coronavirus deaths and 105,680 infections. Its death totals rank it second in Latin America behind Brazil. Mexican health officials noted this week there are at least 47,000 suspected cases in the country and 314,063 people have been tested

The officials are worried that the bogus death certificates could pose a health threat to family members in the event COVID-19 had indeed caused the deaths.

It is unknown what type of legal punishment the doctors could face if they are found guilty of having withheld such information. The Mexico City Public Ministry is expected to assign the case to a judge soon.

Overall, Mexico has reported 12,545 deaths and 105,680 infections. Its death totals rank it second in Latin America behind Brazil.

Brazil has registered the second-highest amount of confirmed cases in the world behind the United States with 614,941 sickened patients. The virus has killed 34,021, third behind the U.S. and the United Kingdom.

At least 2,000 new COVID-19 deaths were documented Wednesday and Thursday.

Health officials said the fatalities included many deaths that happened weeks ago and have now been reclassified.

Deputy health minister Hugo López-Gatell estimates the epidemic could cause at least 35,000 deaths but that as many as 60,000 could die ‘in a catastrophic scenario.’