Residents woke to panicked screams after an apartment block in Sydney caught fire, leaving a young woman in hospital.

The two-storey boarding house on Dolphin Road in Coogee became engulfed in flames about 5am on Monday.

Fire and Rescue NSW received more than 20 calls for assistance and when they arrived at the scene the building was ‘fully involved in fire’.

It took them half an hour to completely douse the flames.

All the residents have been evacuated from the building.

Initial reports suggest a woman, believed to be in her early 20s, was taken to hospital with minor injuries.

‘Woke up to screams of ‘FIRE! FIRE!’ and people banging on doors to evacuate the building behind my apartment in Coogee,’ a resident posted on Twitter.

‘Our fire escape has been blocked off due to structure instability, so this is especially alarming.’

Residents from nearby buildings have also been evacuated as a precaution.

Forensic experts are expected to enter and begin investigation to find the cause of fire once the building is declared safe. 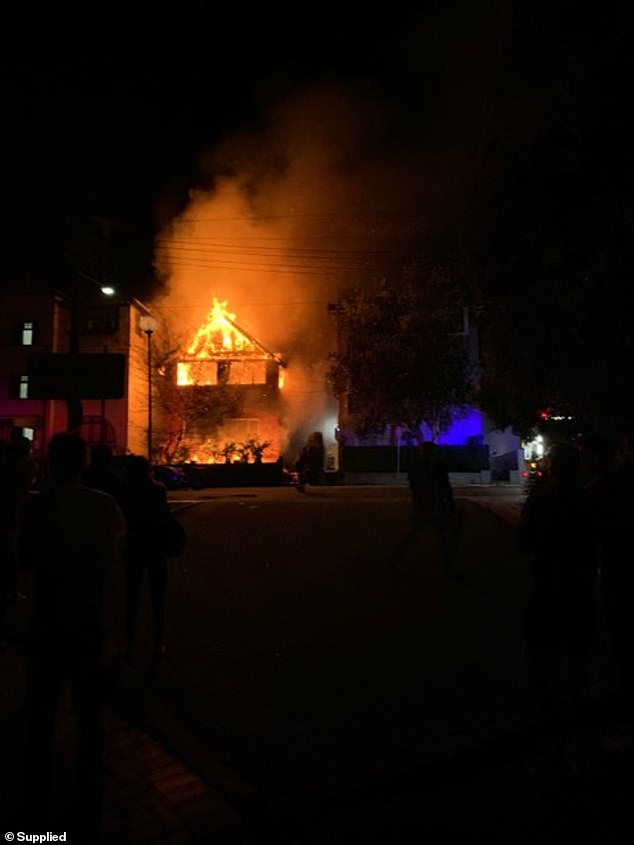