An 8-year-old boy heroically saved his 10-year-old sister after an alleged heroin addict tried to drive away with them in the backseat of a car moments before their 69-year-old grandmother valiantly chased him down.

Police in Ohio say that the incident took place at Atrium Medical Center in Middletown on Thursday.

Nita Coburn, 69, was driving a woman friend to the emergency room while Coburn’s two grandchildren were in the backseat of the car.

According to police, Coburn pulled up to the entrance and got out of the car to help her friend. 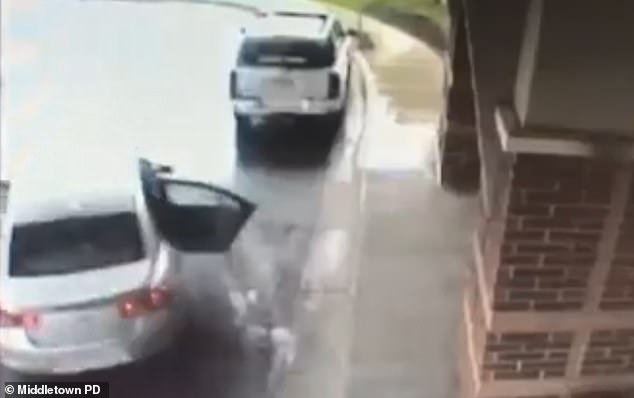 Nita Coburn, 69, was driving her female friend to the emergency room while her two grandchildren were in the back seat 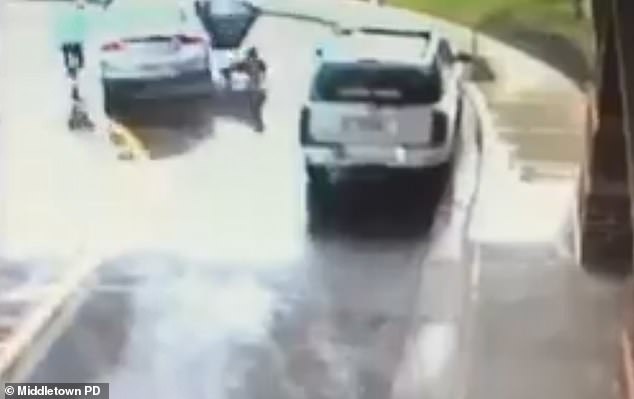 After Coburn and her friend went inside, police say a heroin addict jumped into the driver’s seat and started pulling away. But the two kids managed to escape thanks to the heroic actions of an 8-year-old boy

Ten seconds after she and her friend had left the car, police say Dalvir Singh, 24, jumped into the driver’s seat and took off with the two kids in the backseat.

The boy opened the door to escape the car. His sister tried to jump out of the car as well, but Singh allegedly grabbed onto her hoodie to keep her inside the vehicle. 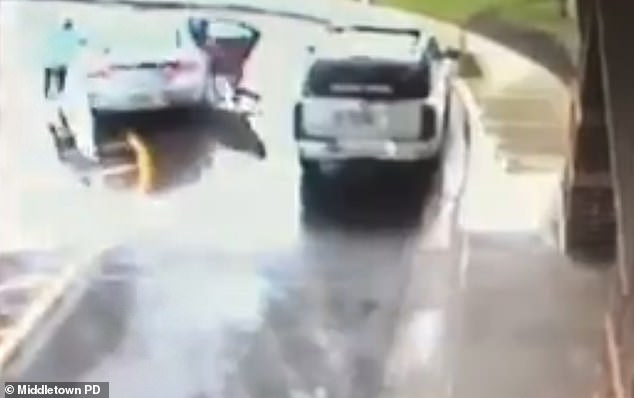 The boy grabbed his older sister and pulled her out of the moving car while Coburn is seen above on the top left giving chase, thinking that the two children were still inside 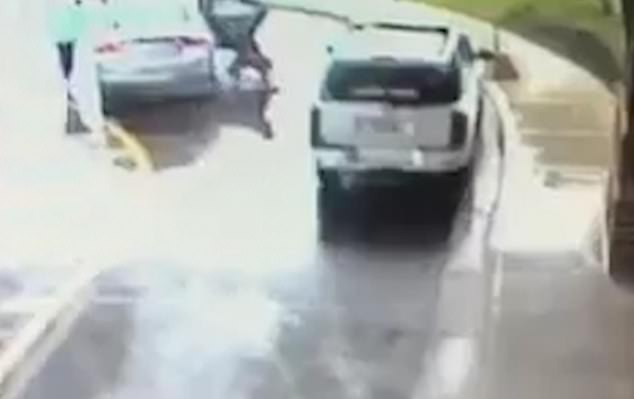 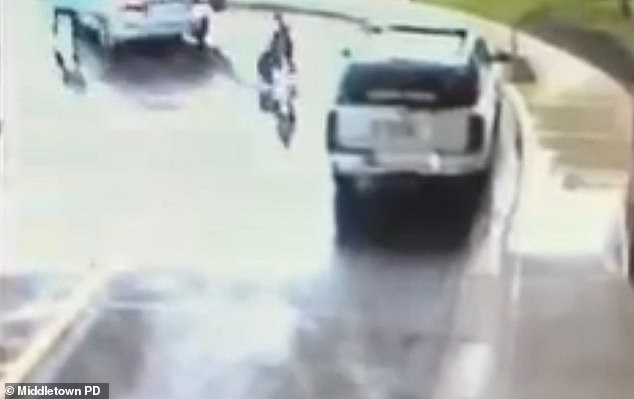 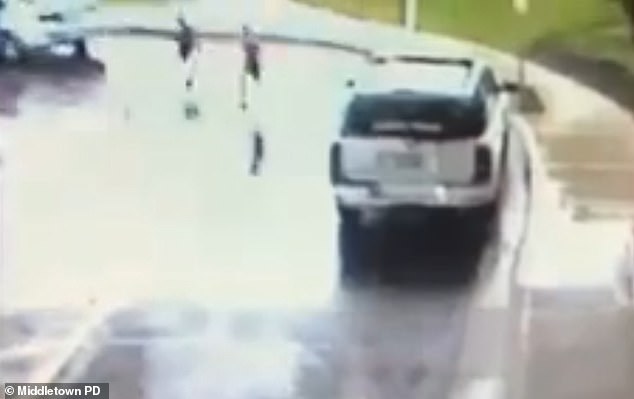 Police eventually caught up to Singh and arrested him. The two kids are seen above as Singh drives away

That’s when her younger brother grabbed hold of her and pulled her away from Singh.

The siblings tumbled out of the moving car. 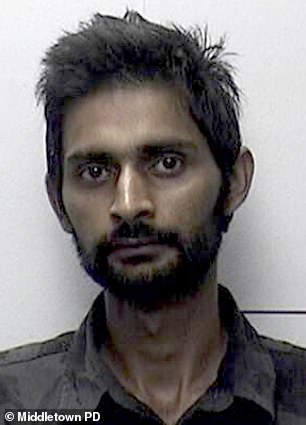 Police say Singh is a heroin addict from India. He was charged with two counts of kidnapping, felonious assault, and grand theft

‘He pulled his sister out of the car with no concern for his own safety.’

Moments later, Coburn noticed the car was driving away and began to give chase.

She ran after the vehicle believing the two grandchildren were still inside. Police said she apparently was not aware that they had escaped through the passenger’s side.

The grandmother then chased down the car and tried to grab the steering wheel.

But Singh slammed the door shut and locked it. Coburn then hung from the car as Singh continued driving.

Eventually, Coburn was forced to let go. Law enforcement officials said they spotted the stolen car down the road.

Police pulled Singh over and arrested him.

He was charged with two counts of kidnapping, felonious assault, and grand theft.

Police allege that the man is addicted to heroin.