A group of Irish women partying in Zante have captured the terrifying moment a man slipped a pill into one of their drinks.

Gemma Reynolds, 22, from Dublin, posted the image on Facebook along with a warning to other women to stay alert during a night out.

Miss Reynolds explained that she was on the third night of a girls’ holiday at the Greek party resort when the incident happened.

Gemma Reynolds, 22, from Dublin, was enjoying a night out with friends in Zante when her friend captured what appears to be the moment a man put a pill into her drink 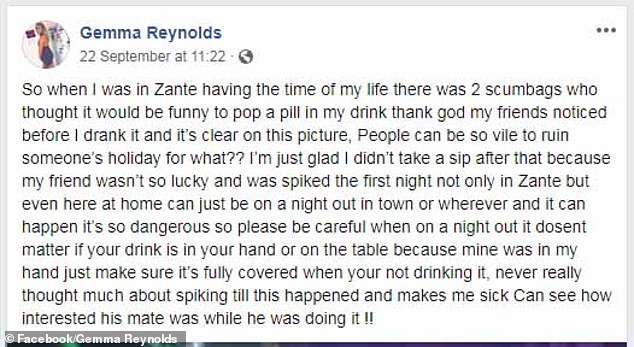 She wrote: ‘I was in Zante having the time of my life. There were two scumbags who thought it would be funny to pop a pill in my drink.

‘Thank God my friends noticed before I drank it and it’s clear on this picture. People can be so vile to ruin someone’s holiday for what? I’m just glad I didn’t take a sip after that.’

Miss Reynolds told The Sun that she hadn’t been speaking to either of the men in the run-up to the incident, and at first didn’t notice what they had done.

It was only after her friend started shouting ‘don’t drink it’ that she realised the situation, by which point both men had run away.

She said she took the drink to the club bouncer and gave them a description of both men, but said the pair had cleared off before any action could be taken. 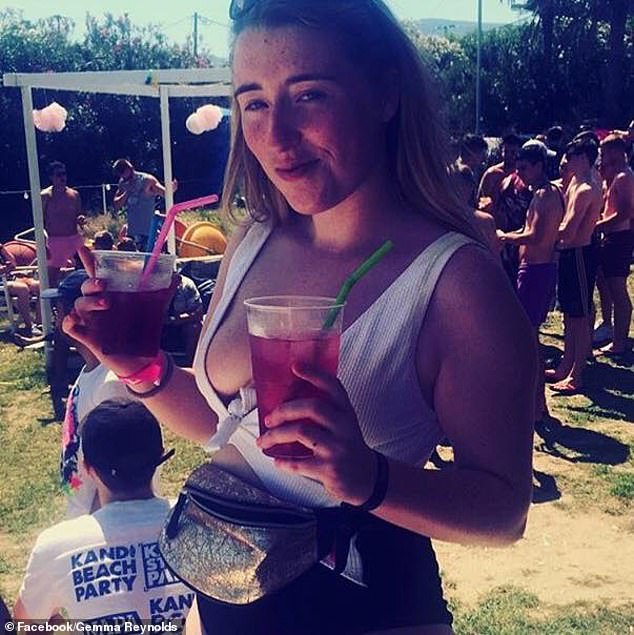 Miss Reynolds said she arrived for a girls’ holiday on the Greek party island Tuesday last week, and another of her friends had her drink spike on the first night, making her ill 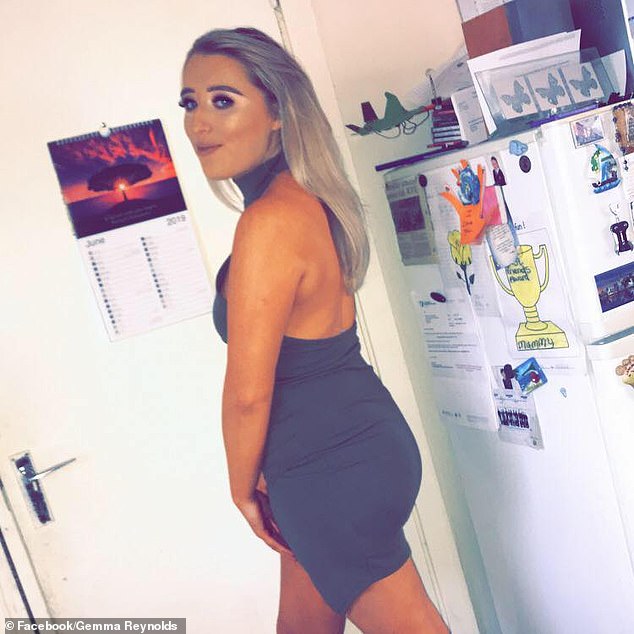 After friends warned her of what happened to her drink, Miss Reynolds said she gave bouncers a description of the two men, but it is unclear if they were caught

Miss Reynolds also revealed that another of her friends also had something put into her drink on the first night of her holiday, on Tuesday last week.

She said her friend felt immediately sick and had to be taken to hospital, where she kept vomiting.

She added: ‘Not only in Zante but even here at home. Can just be on a night out in town or wherever and it can happen.

‘It’s so dangerous so please be careful when on a night out. It doesn’t matter if your drink is in your hand or on the table because mine was in my hand. Just make sure it’s fully covered when you’re not drinking it.

‘Never really thought much about spiking till this happened and makes me sick Can see how interested his mate was while he was doing it!’