‘That’s not fair – give me a break’: Matt Hancock pleads to PM in clash over UK’s COVID-19 response

Health Secretary Matt Hancock urged Boris Johnson to ‘give me a break’ in a furious bust-up over the Covid crisis.

The row – which raises questions over the beleaguered Minister’s Cabinet future – can be revealed as the Prime Minister prepares to use a televised address to the nation this evening to set out his roadmap for easing the national lockdown.

His plans include introducing a five-stage alert system – similar to that used to highlight the risk of a terrorist attack – to signal the risk of infection in different parts of the country. 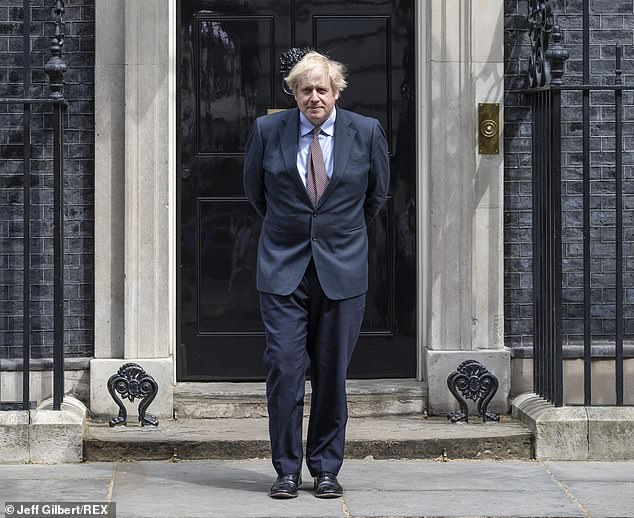 While a green Level One alert would mean life carrying on normally, a red Level Five means that the NHS is in a critical state and on the brink of being overwhelmed.

No 10 is also preparing to launch a new slogan – ‘stay alert, control the virus, save lives’ – to replace advice to stay at home, indicating a gradual move to a less draconian set of restrictions.

But the Government will take a cautious approach after scientific advisers warned that Covid-19 is ‘ripping through care homes’. 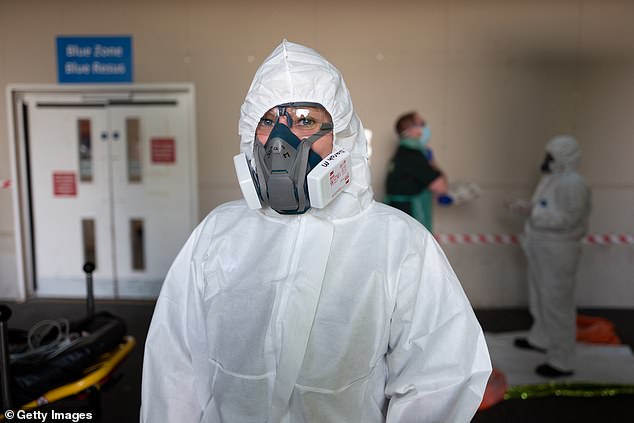 Mr Hancock has repeatedly failed to meet daily protective equipment targets, with 25 million goggle found to be inadequate for testing

A surge in the R-number, which measures how quickly the virus is spreading, came in a ‘chilling briefing’ from the Scientific Advisory Group for Emergencies (Sage) to the Cabinet.

A source said: ‘Sage say we are one wrong move away from R going back to where it was in March.’

Pressure intensified on Mr Hancock over his handling of the crisis last night after more than 25 million goggles were found to offer frontline NHS workers inadequate defence against the deadly virus.

The latest in a string of embarrassing Government failures over Personal Protective Equipment (PPE) came as senior sources suggested to The Mail on Sunday that Mr Hancock was now living ‘on borrowed time’ in the Cabinet. 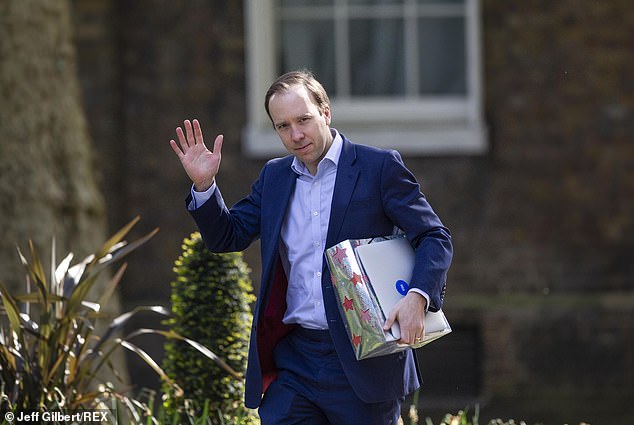 As a result of these struggles, the Health Secretary is believed to be ‘on borrowed time’ with ministers furious about these equipment errors

One source claimed Boris Johnson had raised questions with Mr Hancock about his department’s grip on the crisis, only for the Minister to plead: ‘That’s not fair – give me a break.’

The 25.6 million pairs of Tiger Eye goggles bought for the NHS are not fit for purpose, according to the British Standards Institute: 15.9 million of them have already been distributed, with hospitals now being told to withdraw the remaining 9.7 million from use.

During another weekend of dramatic developments:

Mr Hancock’s spokesman said Ministers were ‘furious’ about the mistake with the goggles, which they said had been ordered by Gordon Brown’s Labour Government in 2009.

A Health Department source dubbed them ‘Gordon’s goggles’ and added that they were bought against 2001 standards of protection which were superseded by the time they were purchased. ‘Even a decade on, we are still having to clear up Labour’s mess’, the source added.

Around 3 million eye protectors are used every day in hospitals, meaning more than eight days’ supply has been lost. But a Department of Health spokesman insisted the NHS had enough stock to be able to immediately stop using the Tiger Eye goggles.

However, the latest PPE fiasco will be damaging to the Health Secretary, coming days after it emerged that surgical gowns ordered from Turkey and flown into the UK amid great fanfare did not all meet British safety standards.

‘The feeling is that Hancock is on borrowed time,’ said a senior Government source.

‘He has fallen out with the most powerful figures in the Government, from the Prime Minister down. Nothing will change immediately. But once we have beaten this thing, expect him to be moved.’

A source close to Mr Hancock admitted tensions had run high in the run-up to the deadline for hitting a target of 100,000 tests a day, but said ‘the PM was full of praise for his performance’. 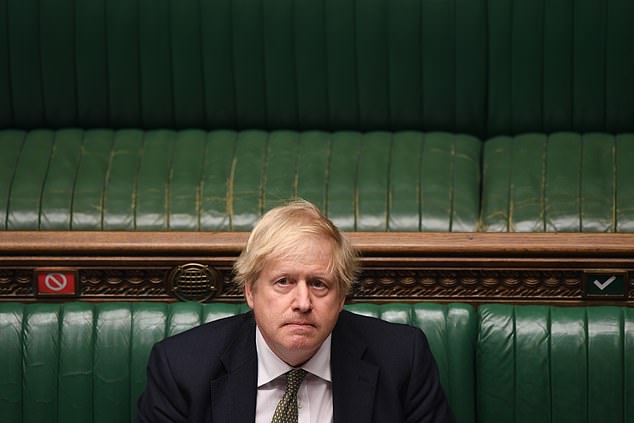 While Mr Hancock’s cabinet status is clouded with doubt, a source close to the Health Secretary said the PM is happy with the work being done by his right-hand man

‘We’ve been working incredibly well with the PM and the whole No10 team and have had nothing but total support from them,’ the source added.

‘During Cabinet the PM praised Matt for doing an “amazing job in hellishly difficult circumstances.” ’

Mr Johnson will address the country after leading a meeting of the Cobra emergency committee this afternoon.

A No 10 source said: ‘This is a critical moment so, having assessed the evidence carefully, the Prime Minister will ask for the public resolve as we continue to do whatever is needed to defeat this devastating virus.’

In a similar way to how the level of terror threat is set by the Joint Terrorism Analysis Centre and MI5, the Covid alert level will be set by medical and data experts working for a new ‘Joint Biosecurity Centre’.

The owner of the MoS, Daily Mail, Metro and the i is giving away £3,000 of advertising in its newspapers – and on Mail Online and metro.co.uk – to 1,000 small businesses.

The groundbreaking giveaway, launched in collaboration with the Federation of Small Businesses, will open for applications from Wednesday at grants.fsb.org.uk.

It is The Mail on Sunday’s way of doing our bit to help firms that provide incomes for more than 17 million people and comes hot on the heels of the hugely successful Mail Force initiative.

That charity, set up by MoS owner Daily Mail and General Trust (DMGT) and its partners, has already raised over £6 million to fly in millions of items of vital protective equipment for NHS staff and care workers.

Today, a survey by accountancy software giant Sage finds one in three firms expect sales to be 50 per cent lower after lockdown is eased. Separate research from legal firm Buckworths found a quarter of small firms do not think the Government’s existing support measures will be enough for them to survive.

Mike Cherry, chairman of the Federation of Small Businesses, said: ‘Our members will be hugely grateful to The Mail on Sunday for this generous support. It’s fantastic.

‘The pandemic is likely to have an impact on businesses for months – if not years – to come and they’ll need a lot of help to get back on their feet.

‘It won’t be enough to rely on word of mouth to attract new customers. We urge every eligible member to apply for this advertising giveaway.