The first round of Covid-19 vaccinations will be administered from 11 New South Wales hospitals from the end of February.

The AstraZeneca is also ‘on track’ to roll out shortly after, but German scientists have warned it shouldn’t be given to patients over 65 – a claim disputed by UK medical authorities.

The first round of Covid-19 vaccinations will be administered from 11 New South Wales hospitals from the end of February. Pictured: A woman receives a Covid vaccine in Finland

With limited doses available until mid year in Australia, the first round of vaccines will go to healthcare, aged care and quarantine workers as well as those living in aged care and nursing homes.

Who gets Phase 1a vaccine first?

‘Once more vaccine doses become available from Phase 1b, it is expected that one or more COVID-19 vaccines will be available for the wider population through usual immunisation providers, including GP practices, GP respiratory clinics and Aboriginal health services,’ NSW Health said.

Outreach teams will be set up at each hub to oversee the rollout and bring recipients into the hospitals.

Australia is scheduled to receive 10 million doses of the Pfizer vaccine manufactured in Belgium.

But Pfizer Australia and New Zealand managing director Louise Graham is hopeful a ramp up in production will result in even more.

‘As Pfizer is now scaling up and looking to produce far more than was originally expected, we expect to be in future discussions about the ability to increase that (allocation),’ she told a Senate committee on Thursday.

Meanwhile, 1.2 million doses of the AstraZeneca compound is also set to roll out in March. 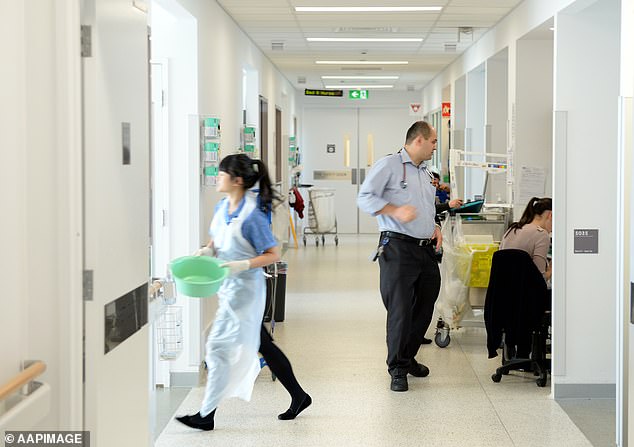 With limited doses available until mid year in Australia, the first round of vaccines will go to healthcare, aged care and quarantine workers as well as those living in aged care and nursing homes

But the UK-developed vaccine has been called into question by German scientists.

Australia has rights to 53.8 million doses of the AstraZeneca and the University of Oxford vaccine and has also biomedical giant CSL set up to begin producing the vaccine in Melbourne.

The Therapeutic Goods Administration will make a final decision on the vaccine’s approval in February. 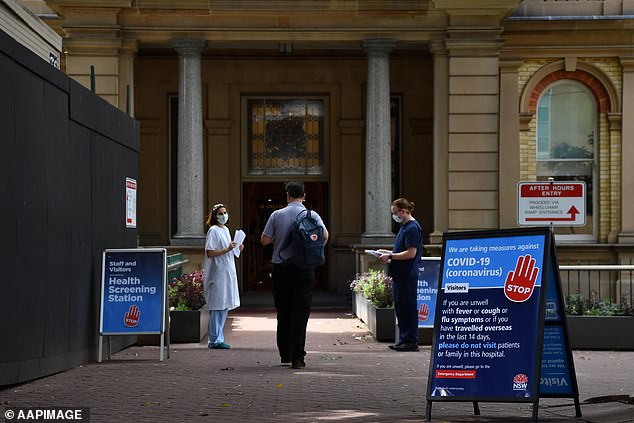 British regulators have approved the jab for all age groups – with AstraZeneca pointing to data published in a medical journal showing that 100 per cent of older adults generated antibodies in trials.

Germany’s stance comes amid an angry row between the EU and AstraZeneca over vaccine supplies, with the bloc lagging far behind Britain in immunising its population against Covid-19.

Although it is possible the position could change with more evidence, it raises the prospect of splits between the UK and EU on what vaccines are regarded as effective – with speculation that in the future travel to some destinations could be contingent on having been inoculated.

Australian Medical Association president Omar Khorshid said if the European-made vaccines are held up over efficiency concerns it could put the government’s plan to inoculate 4 million Australians by April in jeopardy. 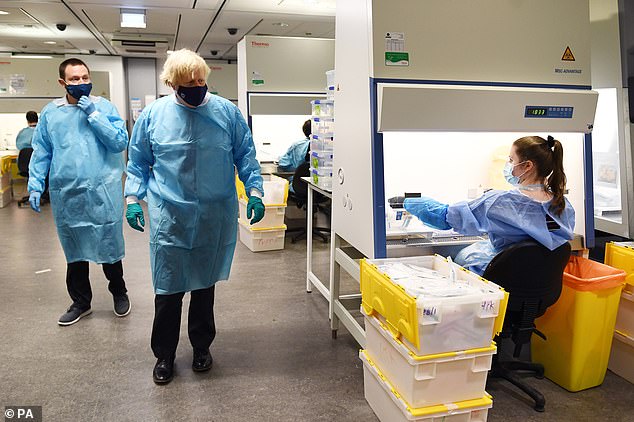 Boris Johnson is shown the Lighthouse Laboratory, used for processing PCR samples for coronavirus, during a visit to the Queen Elizabeth University Hospital campus in Glasgow

He said Australia should have secured a ‘greater set of choices as to what vaccines to use in our initial rollout,’ the Daily Telegraph reported.

‘In particular, we don’t have a contract for the Moderna vaccine, which is one that could have been approved in Australia right now in a similar time frame to the Pfizer vaccine,’ he said.

‘We have no information as to why the Australian government went with Pfizer over Moderna and why we were unable to achieve a deal with them.’