The Bachelor Nick Cummins and contestant Cassandra Wood sent fans into a frenzy when they visited the same Many cafe earlier this month.

And as the finale of the reality dating show inches closer, the pair have set tongues-wagging again that he might in fact choose the beach-loving blonde.

Taking to Instagram Story on Friday, Nick was spotted outside of Dolce Terra, only a short while after Cass herself was at the establishment.

Dropping a hint? The Bachelor Nick Cummins (pictured), 30, has set tongues wagging after he was again caught visiting the same cafe as ‘frontrunner’ Cassandra Wood

The video of Cass at the cafe has since been deleted.

In a video uploaded by Nick, however, he appeared to be thinking less about love and more about the current plight of strawberry farmers.

‘It’s great to see Dolce Terra, big Dave [referring to the owner], supporting the farmers,’ the curly-haired Casanova began, while sitting outside the establishment. 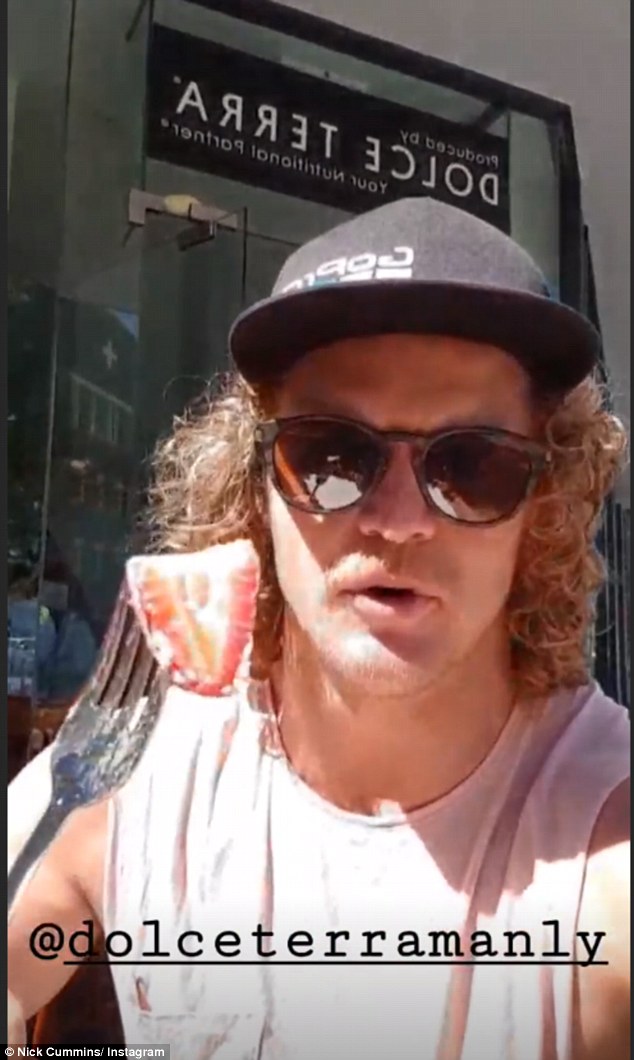 ‘It’s great to see Dolce Terra supporting the farmers’: Possibly trying to throw Bachelor sleuth off the trail, Nick made a video about the owner supporting strawberry farmers at the cafe

‘He’s bought a truckload of strawberries today, because they’re doing it tough.’

Possibly throwing Bachelor sleuths off the track, Nick then made one of his disarming dad jokes while looking at the camera.

‘Speaking of farming, wasn’t the shovel a groundbreaking invention,’ he finished. 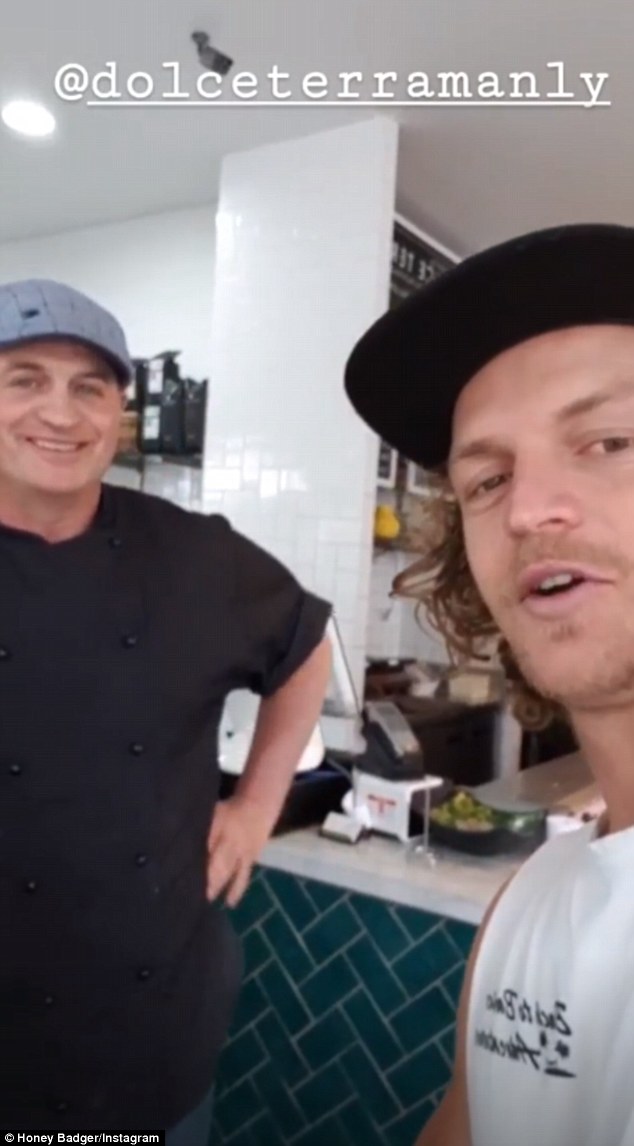 So they are together? Earlier this month, Nick and Cassandra both checked-in at Dolce Terra, sending fans into a frenzy about whether the Manly-based blonde wins the series. Pictured: the Badger with cafe owner David Gray (left)

Earlier this month, Nick and Cass sent fans into a frenzy when they checked into the same cafe only two hours apart from each other.

On September 8, the ex-Wallabies star shared a video of himself next to the establishment’s founder, David Gray.

However, hours later, the blonde also checked in at Dolce Terra on Instagram, seen sipping on one of the cafe’s fresh juices as she walked her dog.

It didn’t take long for fans to speculate, taking to the cafe’s Instagram page to leave excited comments.

‘Cass’ Insta vid was of this place at the same time! My money is on her winning the Bachie now!’ one wrote.

However, another clarified: ‘Nah, she was there a few hours after.’ 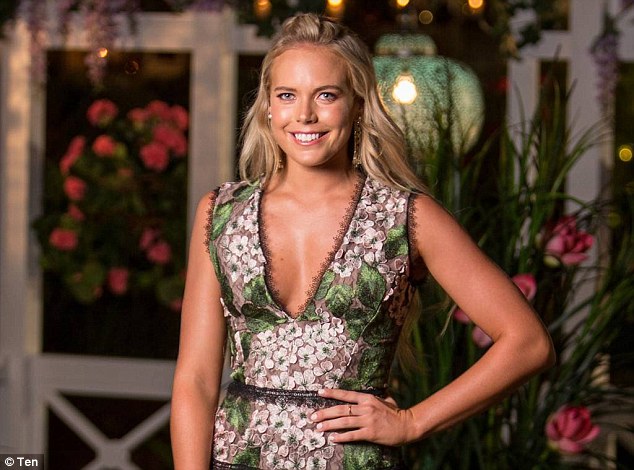 Frontrunner! Rumours have surfaced that Nick has already split with the winner, however Cassandra (above) is known to make the final four of this season

Cass, who is also based in Manly, remains one of the frontrunners to win the show, along with Sophie Tieman and Brittany Hockley.

The news comes after a report that Nick has already in fact split from the winner of the show, and is happily back living the single life.

A source close to the production claimed on Friday: ‘The Honey Badger’s relationship is already over. This is obviously not what we wanted.’

It is of course also possible that the Badger has rekindled a Bachie flame – months after filming of the reality series ended.