The best mortgage rates after the coronavirus crisis cull

Banks and building societies have cut a staggering 47 per cent of all mortgage deals from sale over the past three weeks in a move not seen since the credit crunch, as fears over the health of the housing market loom.

This month the Government urged buyers and sellers not to move home as the pandemic continues to spread and the country remains in lockdown.

This, on top of the recent Bank of England Base Rate cuts, has led to mortgage lenders pulling deals from the market, particularly in the high loan-to-value range.

Lenders have mostly blamed staffing shortages forcing them to rein in new mortgage lending and focus on existing customers, with the majority of the country working from home and a wave of customers requesting mortgage holidays.

But experts say lenders will also be concerned what effect the crisis will have on house prices, with some expecting falls in value of up to 10 per cent.

This would potentially push some homeowners who borrowed with small deposits into negative equity, meaning they would owe more on their mortgage than the value of their home.

Because of this it’s the higher loan-to-value deals which lenders have been quickest to pull from the shelves.

This means that borrowers, particularly first-time buyers, with a deposit which is small compared to the value of the home they’re buying, will have fewer options available than before.

There are now just 92 deals available to borrowers with a 5 per cent deposit, 41 of which are two-year fixes and 45 of which are the increasingly popular five-year fixes.

Meanwhile there are now no 10-year fixes for borrowers with just a 5 per cent deposit.

Similarly, those with a deposit equal to 10 per cent of the value of their home are seeing their options become more squeezed, with 183 deals remaining out of the total 2,759 on offer.

Meanwhile, two thirds of deals have been withdrawn for borrowers who have a 25 per cent deposit, according to Amtrust.

These are the types of deal that lenders are targeting in particular. Barclays and Halifax’s intermediary brands stopped selling mortgages above 60 per cent loan-to-value last week, for example, although both lenders have since reintroduced a limited number of mortgage offers at higher LTVs.

This means that those without a deposit or equity worth at least 40 per cent of the property’s value will find it much harder to secure a mortgage to buy a property with these two lenders.

The drop in the number of deals available has also pushed mortgage rates up for higher loan-to-value deals.

Lenders may also be ‘pricing in’ the risk of a future drop in house prices.

For example, on 20 March around the time lenders first started pulling deals, the average two-year 95 per cent fixed-rate mortgage was 3.27 per cent. Today it stands at 3.36 per cent, according to financial experts Moneyfacts.

Overall two-year fixed rates have dropped to 2.22 per cent from 2.40 per cent, but that’s because more of the more expensive 95 per cent and 90 per cent deals have been pulled, which has pulled the average down.

But it isn’t all bad news. For those with a larger deposit, rates have come down slightly. A two-year fix at 65 per cent loan-to-value has dropped from 1.98 per cent to 1.73 per cent over the same time period as the example above.

And those with a 50 per cent deposit could now benefit from an average five-year fix at 2.44 per cent, compared to 2.54 per cent on 20 March.

There are still good deals to be found, albeit fewer than there were two weeks ago.

A price war among lenders caused mortgage rates to fall to near-historic lows before the coronavirus crisis hit, and as a result rates are still very low in historic terms.

NatWest is currently offering a two-year fixed rate deal at 60 per cent loan-to-value at 1.19 per cent for example, while Skipton Building Society has a five-year deal in the same loan-to-value range at 1.41 per cent.

You can check best buy tables and the best mortgage rates for your circumstances with our mortgage finder powered by London & Country – and figure out what you’ll actually be paying by using our True Costs Mortgage Calculator.

>> While the coronavirus outbreak unfolds, the Government is advising home buyers to delay their purchases. Read our guide to what the do here 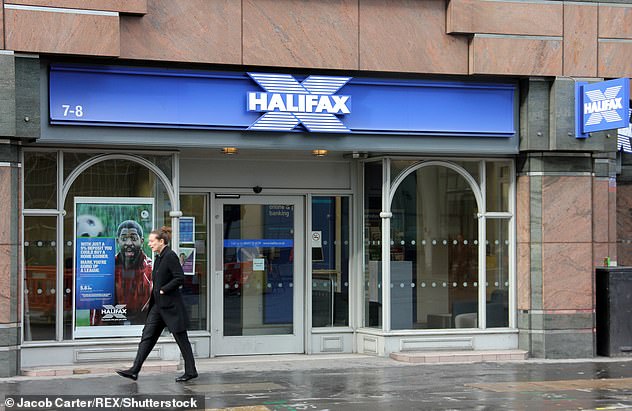 Should I wait to get a mortgage?

Experts expect the culling of deals to be a temporary measure until lenders get a better view of the damage dealt to the housing market by coronavirus.

This means that if you’re thinking of getting a mortgage, waiting until after the crisis has passed may mean you’ll have a wider range of deals available to you.

However, if you’re currently on a standard variable rate, it could still pay to switch now.

And bear in mind that mortgage offers can last for up to six months. This means some may be in a position to take an offer now and wait to see if a better deal materialises further down the road.

Eleanor Williams, financial expert at Moneyfacts, said: ‘With the difference between the average two-year fixed mortgage rate and the average SVR standing at 2.45 per cent today, the benefit of switching to a new deal while rates are low is evident for those eligible and would protect these customers from interest rate volatility in the future.’

Homeowners are unknowingly putting themselves into arrears by cancelling their mortgage payments without speaking to lenders first. 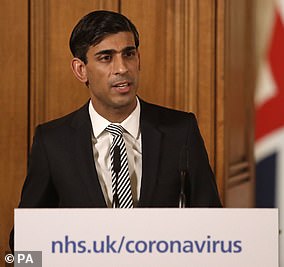 In March, Chancellor Rishi Sunak’s announced  that homeowners in financial difficulty as a result of the coronavirus pandemic will be offered a three-month mortgage break, or ‘payment holiday’.

But lenders have warned that some borrowers are cancelling their direct debits without speaking to their bank or building society first.

Doing so will negatively impact their credit score, experts say, potentially making it impossible to remortgage in the future.

Anyone who has already cancelled a mortgage direct debit without speaking to their lender first, is advised to call them as soon as possible to let them know.

>> Should you put your mortgage on hold for three months?