The cheapest places to buy home in Australia – suburbs, states, house for sale for $50K

Revealed: The cheapest places you can buy a home in Australia – including a house for sale for $50K

Australian’s looking to swap the city life for the country are buying homes for as little as $50,000.

Large country homes with up to five bedrooms are being sold quickly in regional hot spots near the South Australian border.

A cute two bedroom cottage in the town of Merino has sold for a mere $55,000 within days of being listed.

Real estate agents say some Melbourne residents are hoping to leave the city as the coronavirus pandemic continues.

This two bedroom settlers cottage in Merino has views of the hills and township and sold for only $55,000 within days of becoming available 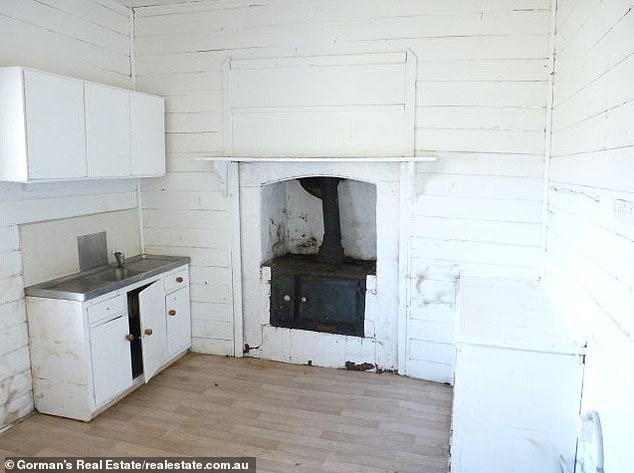 PICTURED: The kitchen at 35 Henty Street, Merino, will need a revamp by the new owners 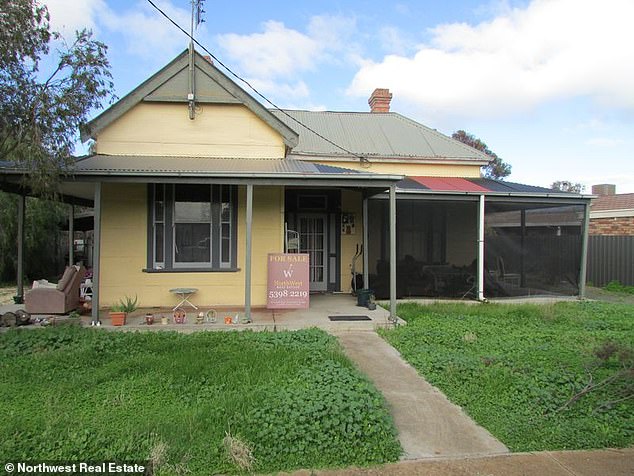 This home in Jeparit is mostly made from tin and has three double bedrooms, it is on the market for $90,000

In the nearby town of Jeparit, there are homes for under $100,000 that feature large bedrooms, great backyards for children and rain water tanks.

Listed for $90,000, 4 Johns Street, is very unique with most of the home made from pressed tin. It features three double bedrooms and the kitchen has gas hotplates but doesn’t come with an oven.

Real estate agents are reporting people buying properties in the small towns without even visiting first.

John Hadley is from North West Real Estate and covers the Wimmera, Mallee and North Central areas of Victoria.

“You will struggle to find a house anywhere for $50,000, they will only last a couple of weeks tops on the market,” he told the Herald Sun.

The agent has 8 Eddy Street in Rainbow as one of his listings, after first saying it might take longer to sell as it doesn’t have a kitchen, he already has an offer.

“Most people don’t know where these towns are and they’ve had no connection before, but they’re just buying based on value for money,” Mr Hadley said.

“Most of them are trying to make a permanent move and get away from Melbourne.” 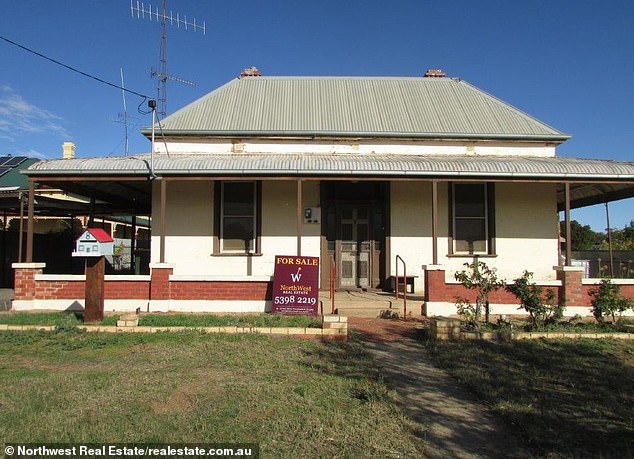 This home in Rainbow has just sold, it was listed for $65,000 but didn’t have a working kitchen

The towns of Rainbow, Merino and Jeparit are all within a few hours of each other and close to the South Australian border.

Many of the homes on offer under $100K need a lot of work done, but for a slightly higher budget, buyers can get more bang for their buck.

A generous-sized home at 48 Walker Street in Donald, which is a couple of hours from the border,  is going for $139,000. The weatherboard home has a huge kitchen, office and large lounge.

Over in Woomelang, a spacious country home on Church Street is available for just $156,000, and the extra money buys a working kitchen, solar panels, sun room and air conditioning. 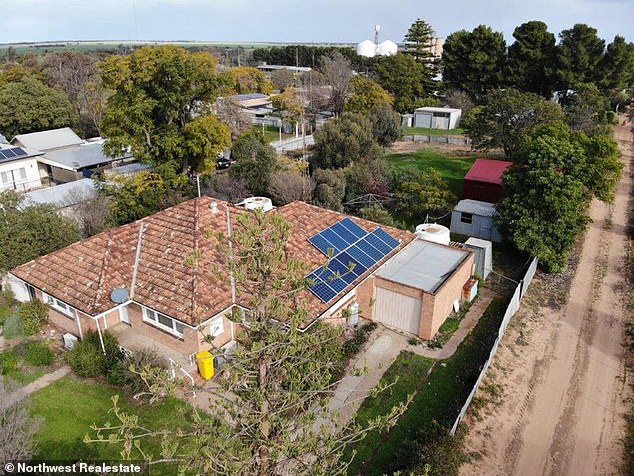 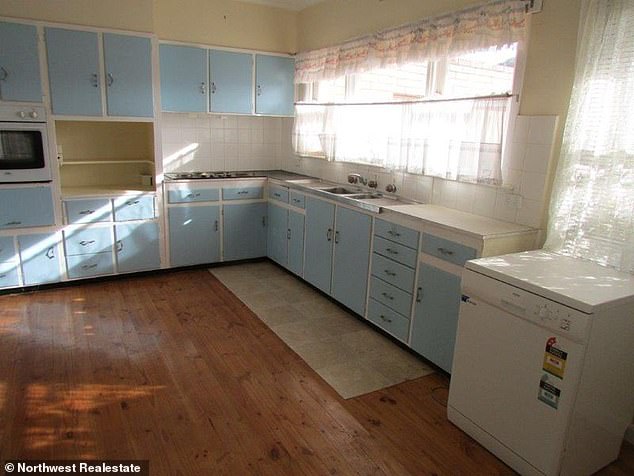 Unlike some of the cheaper homes, the Woomelang property comes with a working kitchen 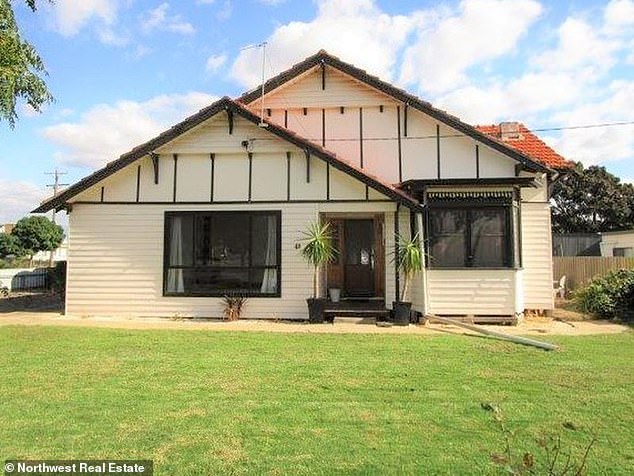 Pictured: This 3-bedroom home in Donald is on the market and expected to sell for $139,000