The Chicks, John Legend, Billie Eilish and Billy Porter will perform at DNC

The Chicks, John Legend, Billie Eilish and Billy Porter will perform at Democratic convention next week in bid to bring star-power to remotely-staged event

The Democrats have added some star power – albeit some socially distant star power – to next week’s Democratic National Convention.

A spokesman for the Biden campaign announced Friday that performers would include the newly renamed Chicks – who cut ‘Dixie’ from their name amid the wave of Black Lives Matter protests – as well as John Legend, Billie Eilish, ‘Pose’s’ Billy Porter, Common and Jennifer Hudson. 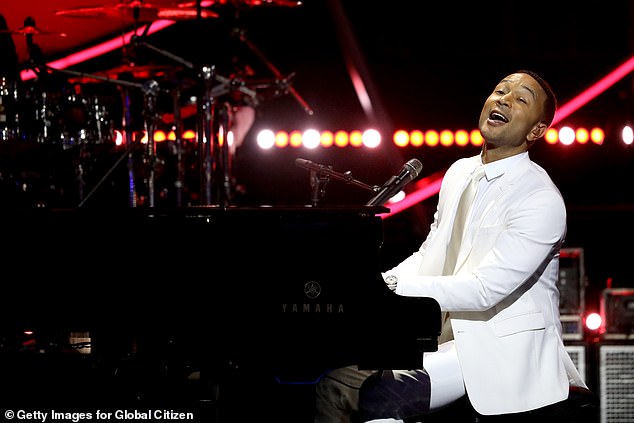 John Legend, who has long been connected with Democratic politics, is slated to perform virtually at this year’s DNC 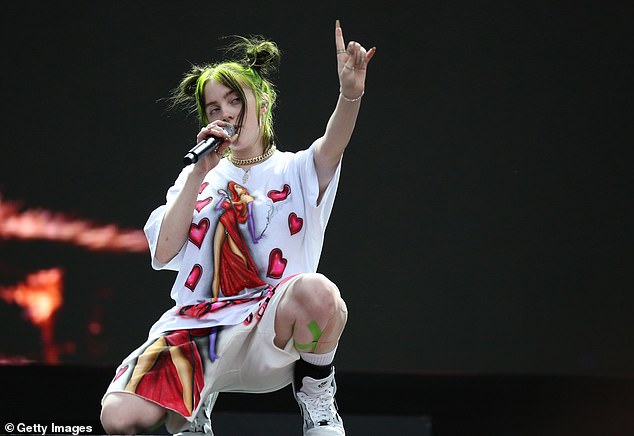 Billie Eilish is a new face at this year’s Democratic National Convention. At 18-years-old, this will mark the first presidential election where the California native can vote 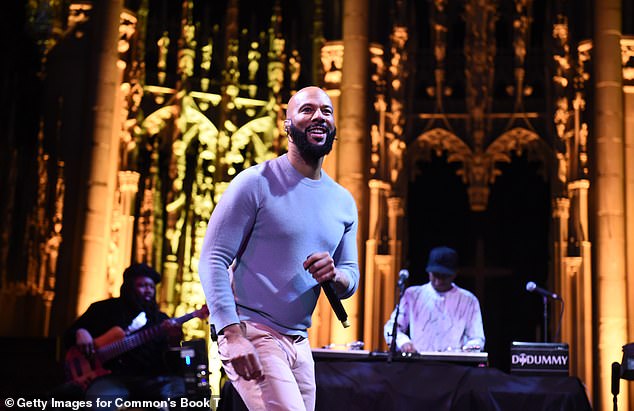 Common will perform at this year’s Democratic National Convention. He’s a familiar face having performed for years at events linked to the party

Several other Hollywood types will be hosting ‘virtual watch parties’ for voters in all 50 states including BD Wong in Nevada, Alyssa Milano in Colorado and Connie Britton in New Hampshire.

Britton was the summer study abroad roommate of Sen. Kirsten Gillibrand, who competed against Joe Biden in the Democratic primary before dropping out in August 2019.

Gillibrand and Britton have since backed Biden.

This year’s lineup is a mix of performers who’ve long been associated with Democratic events – like Legend – and new faces, like Eilish, a California native who, at age 18, can vote for president for the first time.

Eilish will perform on Wednesday, the night Sen. Kamala Harris is nominated for vice president.

And The Chicks are slated to perform Thursday, prior to Joe Biden becoming the Democratic nominee. 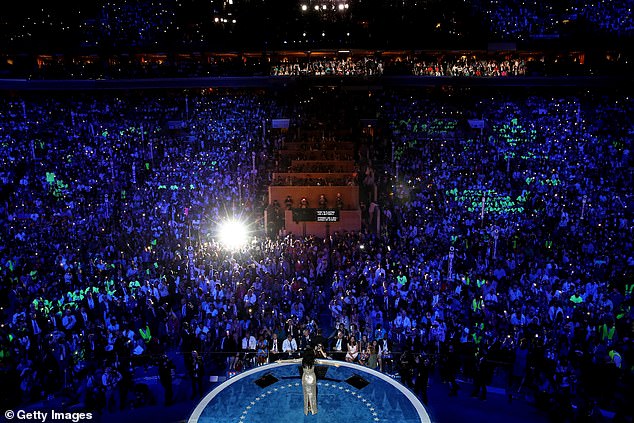 Democrats have long attracted major talent to their conventions. Here singer Katy Perry performs before a packed arena in Philadelphia in 2016

Otherwise, the schedule hasn’t been announced.

One performer absent is Taylor Swift, who revealed that she was a Democrat in 2018, backing Democratic Tennessee Senate candidate Phil Bredesen over Republican Marsha Blackburn.

Swift has been way more politically active since.

A spokesperson for the singer has yet to respond to DailyMail.com’s request for comment on whether Swift could be a surprise performer.

The DNC kicks off Monday and concludes Thursday night.

Performers will be beaming in from locales around the country due to the coronavirus pandemic, while Biden and Harris will deliver their convention remarks from the former vice president’s adopted hometown of Wilmington, Delaware.