A wildlife agency in Utah released crazy video of them stocking a lake by blasting tiny trout from the underbelly of an airplane into the blue waters.

The Utah Division of Wildlife Resources shared the video to show how they get fish into lakes high-up in the mountains. In the footage, a plane is seen flying over the lake as water and tiny fish pour out of a hole in the bottom of the aircraft.

‘Fun fact: We stock many of Utah’s high-mountain lakes from the air,’ a tweet read. ‘The fish are tiny — anywhere from 1–3 inches long — which allows more than 95% of them to survive the fall.’

Concerned Twitter users flooded the video with comments about the potential danger it puts the fish in, but the wildlife agency said it was the fastest and safest option. 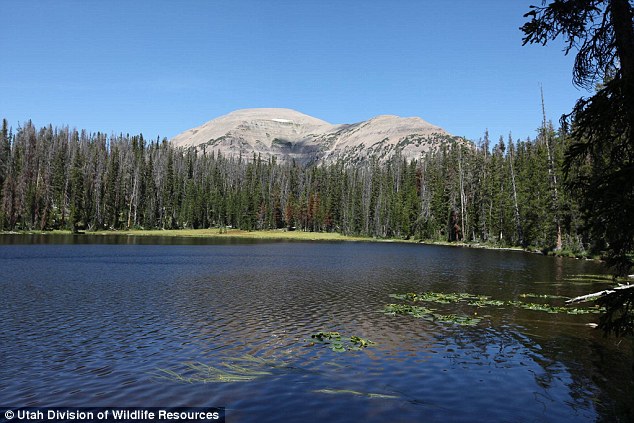 ‘Because the fish are tiny they easily survive their aerial drop without injury or harm,’ an official responded to one user.

‘We used to load fish into metal milk cans,’ the agency said, ‘and we needed horses to get us into these remote areas. The aerial method of stocking is much quicker and less stressful for fish.’

They added: ‘Think of it as a high diver diving into a deep pool of water.’

In a 2017 blog post, the agency said it has been using planes to stock mountain lakes since the 1950s.

For lakes and streams that are easier to get to and are next to roads they will transport the trout using trucks with holding tanks, horses or even men carrying heavy-duty backpacks filled with water and fish. 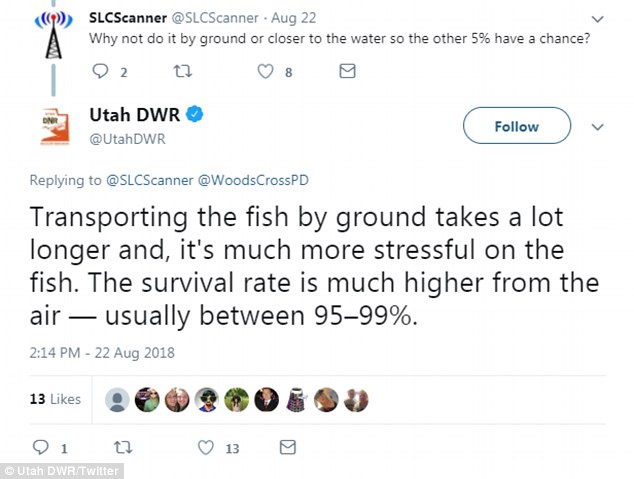 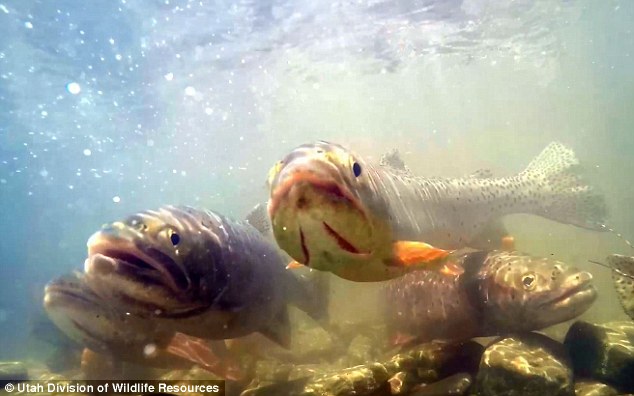 ‘Depending on the area and the condition of the roads or trails, fish are also transported to remote areas on foot with buckets or a backpack, or by a four-wheeler. Horses are still used at times to get fish into hard-to-reach places,’ the agency posted.

While the state’s preferred method of stocking mountain lakes might seem bizarre to some, they are not the only area that uses airplanes.

A spokesman for Montana Fish, Wildlife and Parks told the Great Falls Tribune that many mountain states with remote lakes use that method.

‘We’ve done it over the years. It’s a step up from decades and decades ago when fingerlings were taken in milk cans and pack strings,’ the spokesman said.