The election that NO ONE wants! How the government’s threat of a new poll could mean MORE anarchy

Cabinet ministers have warned there may have to another snap election to end the Brexit impasse – despite the Tories being split by Europe and Labour riven by internal division.

A poll in January found just 12 per cent of voters want a general election to sort out the mess.

Theresa May and Jeremy Corbyn are plumbing record-breaking new depths in their personal polling – while polls show the Brexit crisis is causing rising alarm among voters who think Britain’s political ‘system is broken’.

Both main parties have lost members to the biggest split in politics in more than 30 years as 11 MPs defected to the new Independent Group.

And the Prime Minister herself has admitted she will not lead her party into the next scheduled election – and yet is still facing demands to call an immediate poll.

But despite the turmoil many in Westminster still think an election is the only way out of the crisis. There is a growing view that a new set of MPs that changes the balance of power in the Commons is best chance to break the impasse.

The Tories start in front – with recent polling putting Mrs May’s party on 35 per cent ahead of Labour on 31 per cent.

But amid mounting public frustration over Brexit it would be a brutal campaign between divided parties and with unpredictable new contenders. 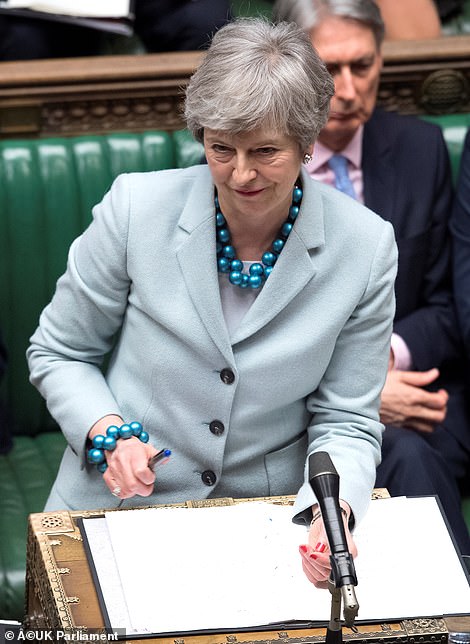 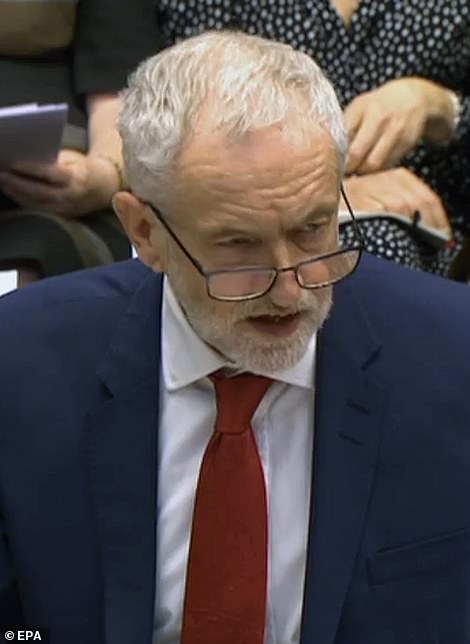 Why do people say there has to be an election?

The question of whether to call an election finally reached the Cabinet this week.

Brexit Secretary Stephen Barclay warned the rejection of Mrs May’s deal would set in train a series of events that will lead to a softer Brexit – meaning an election because so many MPs will have to break manifesto promises.

Last night’s Commons vote to seize control of Brexit from ministers will only fuel the demands.

Labour has been calling for a new vote for months, insisting the Government has failed to deliver Brexit.

Mr Corbyn called a vote of no confidence in the Government in January insisting the failure of the first meaningful vote showed Mrs May’s administration was doomed. He lost but the calls did not go away.

Brexiteers have joined the demands in recent days as Parliament wrestles with Brexit and amid fears among hardliners promises made by both main parties at the last election will be broken – specifically on leaving the Customs Union and Single Market.

Tory MP Andrew Bridgen wants Mrs May replaced with a Brexiteer. He believes it would push Remain Tories out of the party and then allow a snap election with more Eurosceptic candidates wearing blue rosettes.

How is an election called? When would it be?

Because of the Fixed Term Parliaments Act passed by the coalition, the Prime Minister can no longer simply ask the Queen to dissolve the Commons and call an election. There are two procedures instead.

First – and this is what happened in 2017 – the Government can table a motion in the Commons calling for an early election. Crucially, this can only pass with a two-thirds majority of MPs – meaning either of the main parties can block it.

Second an election is called if the Government loses a vote of no confidence and no new administration can be built within 14 days.

In practice, this is can only happen if Tory rebels vote with Mr Corbyn – a move that would end the career of any Conservative MP who took the step.

An election takes a bare minimum of five weeks from start to finish and it would take a week or two to get to the shut down of Parliament, known as dissolution – putting the earliest possible polling day around mid to late May.

If the Tories hold a leadership election first it probably pushes any election out to late June at the earliest.

So… will it happen then?

Ultimately process probably will not stop an election if the Government – whether under Mrs May or anyone else – finally runs out of road and cannot pass Brexit or its other business.

Mrs May consigned the Tories to minority government when she lost seats in 2017 and the confidence and supply agreement with the DUP is in tatters.

The Tories could try to drag it out until 2022 but with no majority Government will become an increasingly impossible task.

Who would lead the main parties?

The biggest question is over the future of the Prime Minister. While she cannot be removed under Tory party rules, her handling of the 2017 election and Brexit since has left her hated by much of her party.

It means if she tries to lead the party into an election, the Cabinet and many MPs could publicly revolt – smashing the Tory platform at the first hurdle.

In reality, many think that before an election can be held Brexit would need to be formally delayed for an extended period – something Mrs May said last week should could not do as Prime Minister.

It possibly means she will negotiate one and then resign, triggering a Tory leadership election ahead of a possible new election.

Sir Vince Cable has said he plans to stand down in May – unless there is a snap election sooner than that.

Could the Independent Group get involved?

Not right now because they are not yet a political party – so it depends exactly when an election is called. If they register with the Electoral Commission, the TIG could in theory stand candidates across the country and try to gain a foothold.

Polls in the aftermath of the group’s sensational launch suggested support of around 14 per cent – more than the Liberal Democrats.

The challenge will come in how the vote is spread around the country. TIG can only win seats if it piles up votes in constituencies – meaning it could win millions of votes but few seats.

Frustrated Remain supporters could flock to a new party if there was a national offer – but cutting through TV broadcast rules past the main parties has historically been very difficult in British elections. 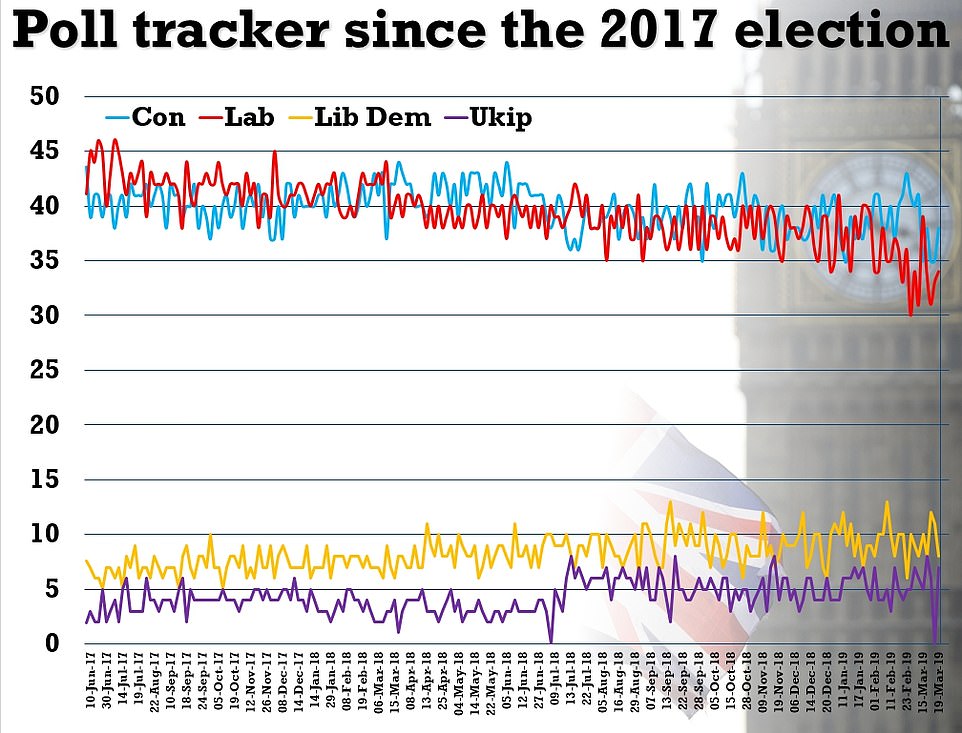 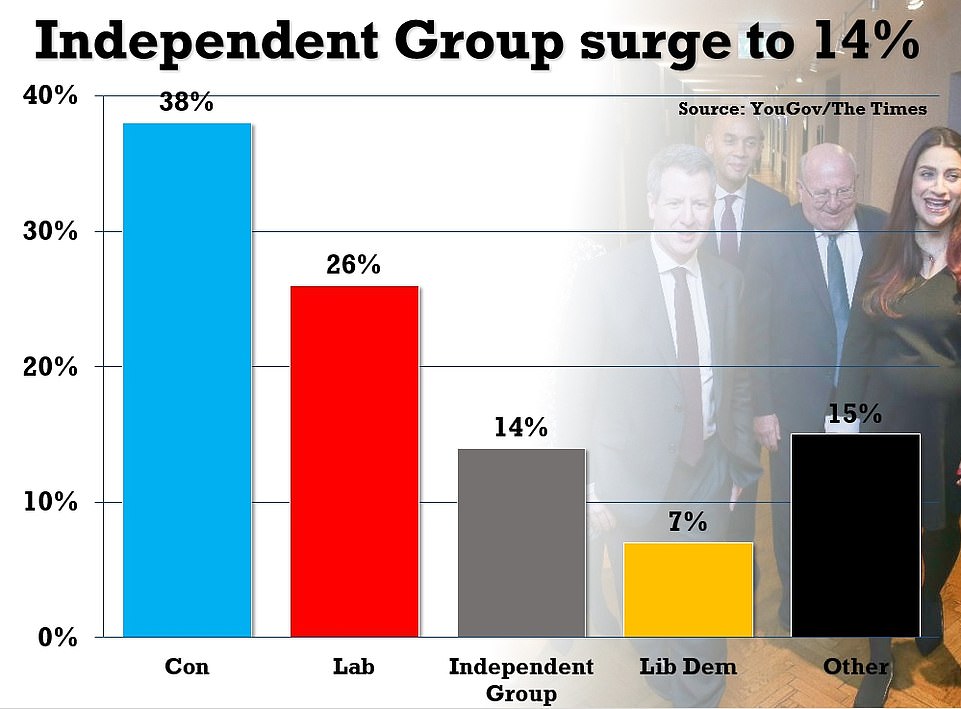 What about a Brexit Party?

There is a new Brexit Party set up by former Ukip officials and endorsed by Nigel Farage. It is administratively more advanced than TIG – it already registered with the Electoral Commission.

But its first leader has already resigned over racist tweets and it has no serving MPs to start with.

It faces all the same problems as TIG on top of having fewer experienced politicians in charge.

Both main parties will have to write a manifesto – including a position on Brexit. Both parties are deeply split – in many cases between individual MPs and their local activists.

Under Mrs May, the Tories presumably try to start with the deal. But it is loathed by dozens of current Tory MPs who want a harder Brexit and hated even more by grassroots Tory members.

Shifting Tory policy on Brexit to the right would alienate the majority of current MPs who voted to Remain.

Labour has similar splits. Many of Labour’s MPs and activists want Mr Corbyn to commit to putting Brexit to a second referendum – most with a view to cancelling it.

Mr Corbyn is a veteran Eurosceptic and millions of people who voted Leave in 2016 backed Labour in 2017.

The splits set the stage for a bitter and chaotic election. The outcome is highly unpredictable – the Tories start in front but are probably more divided on the main question facing the country.

Labour is behind but knows it made dramatic gains in the polls in the last election with its promises of vastly higher public spending.

Neither side can forecast what impact new political forces might wield over the election or how any public anger over the Brexit stalemate could play out.

It could swing the result in favour of one of the main parties or a new force.

Or an election campaign that takes months, costs millions of pounds could still end up in a hung Parliament and continued stalemate. 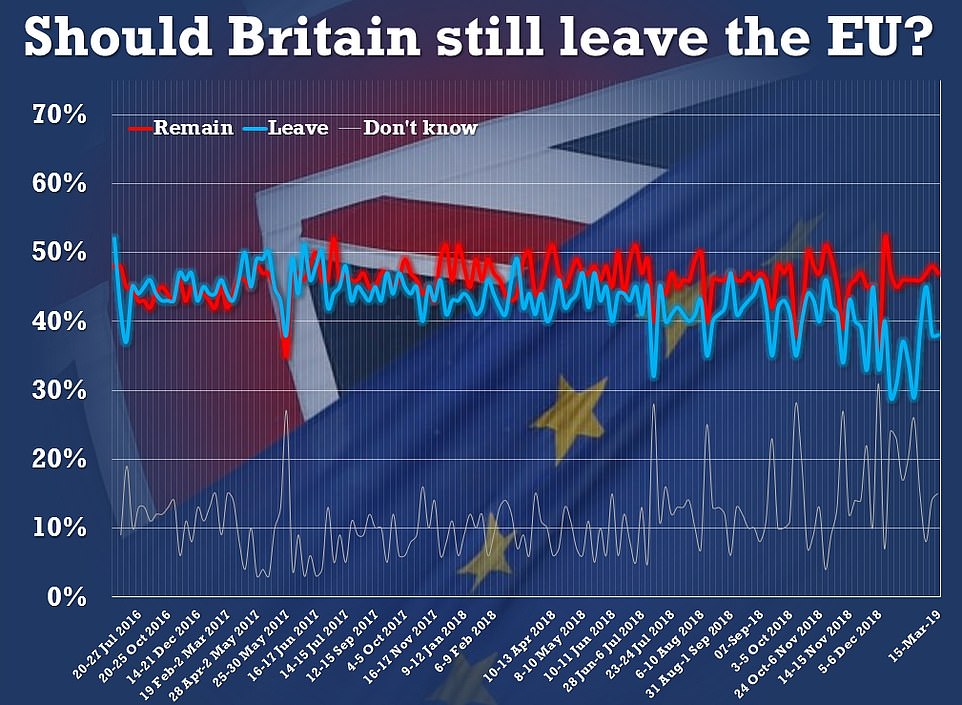