The hunt is on for the Macedon Rangers winner of $36.7million from a Powerball ticket

Are YOU one of the mystery Powerball winners? Hunt is on for holder of $37MILLION ticket – but the outlet which sold it being kept secret

The hunt is on for the holder of a $37million winning lottery ticket with officials keeping the outlet that sold it a secret.

A mystery winner from the Macedon Ranges, north-west of Melbourne, was one of three parties who won a share of $110million in Thursday night’s Powerball draw.

A young Adelaide man and a young family from Sydney have already claimed their stake in Australia’s biggest ever division-one lottery prize pool.

Now the search is on for the winner of the ticket linked to a $36.7million lottery prize.

The Lott, a division of gambling group Tabcorp, has confirmed an unregistered entrant had bought a ticket from a Tatts outlet in the Macedon Ranges Shire area.

‘We can’t wait to confirm the mind-blowing news with our mystery winner,’ spokeswoman Bronwyn Spencer said in a statement on Friday.

‘Just imagine how your plans for the weekend, the year and the rest of your life will change knowing you are now over $36 million richer.’

Among the three winners was a young man from Adelaide, who was lost for words when contacted shortly before 9pm with the news he had won a total of $37.6million after also winning some division two prizes.

‘Wow,’ he eventually said after a moment of stunned silence.

‘Thank you so much. That is incredible. I can’t believe that. I am shaking so much.’ 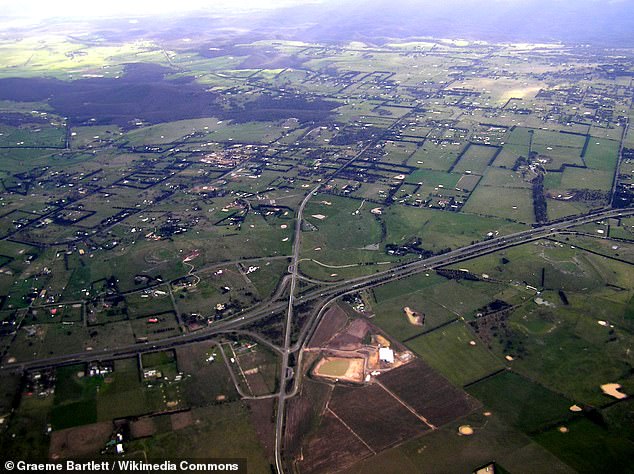 A mystery winner from the Macedon Ranges (pictured), north-west of Melbourne, was one of three parties who won a share of $110million in Thursday night’s Powerball draw

He is also considering resigning from his job after winning with a Powerhit ticket, which gives entrants a chance to win in any division.

‘I just can’t wait to get off the phone so I can call my family and tell them the news.

‘I don’t know if they’ll even believe me.’

A young family from Sydney is the other declared winner, so far.

The winning mother, however, has declared she wants to continue working, after putting in a 10-game marked entry.

‘I love my job in medical research so won’t be giving that up but I do hope to use the money in a meaningful way,’ she said.

More than $170.4million was paid to winners across all divisions.

It wasn’t however, the biggest ever prize pool, with an OzLotto draw in November 2012 giving away $178.5million to winners in all divisions.