While most world leaders erupted into laughter as Donald Trump made his opening remarks at the United Nations, one woman remained stern.

New Zealand’s Prime Minister Jacinda Ardern did not react as Trump claimed that ‘in less than two years my administration has accomplished more than almost any administration in the history of our country.’

Ms Adern said she did not laugh as she was listening to the words being spoken, the New Zealand Herald reported. 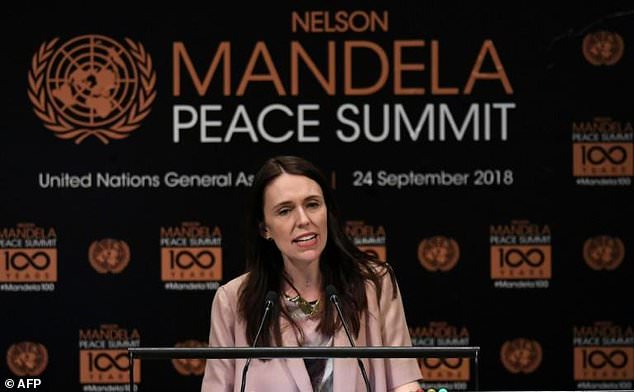 ‘Just to give context it was the moment that the President made a statement around his view around his success relative to past Presidents,’ she said.

‘Look, everyone would have made their own judgement. For me, I was respecting the fact he had the floor and listening to what he had to say.’

She said there wasn’t anything in Trump’s statement that surprised her in today’s speech.

Trump spoke of patriotism over globalism, something Ms Ardern would not comment on. 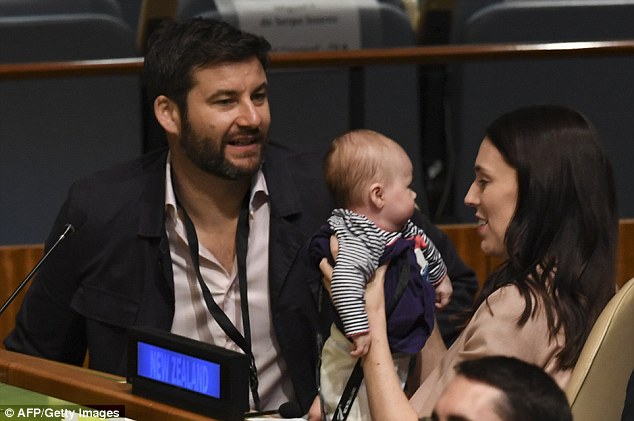 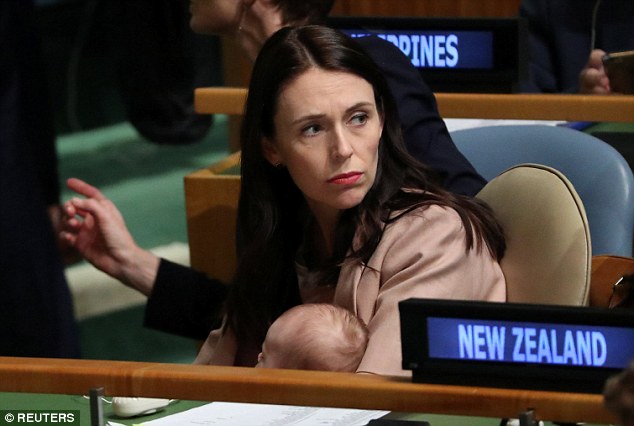 Jacinda Ardern gave birth to her daughter Neve just four months ago. She has sent American media into a frenzy for taking her baby along to the UN this week

But as New Zealand was one of the founding countries of the United Nations, it maintained its support of multilateralism, she said.

‘There are some issues we need to address, we just tend to take a different solution in response.’

A year ago at the United Nations General Assembly, the U.S. president was slapping North Korea with heavy sanctions. Now he said, ‘The missiles and rockets are no longer flying in every direction.’

‘I would like to thank Chairman Kim for his current and steps he has taken,’ Trump said while acknowledging, ‘So much work remains to be done.’ 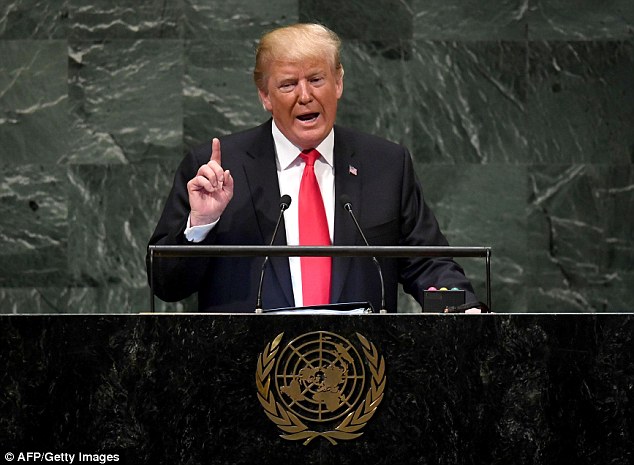 Trump’s resounding message throughout the remarks to his global audience was that he would not allow America to be taken advantage of by friends or enemies.

‘Moving forward, we are only going to give foreign aid to those who respect us and, frankly, are our friends,’ he announced. ‘And we expect other countries to pay their fair share for the cost of their defense.’ 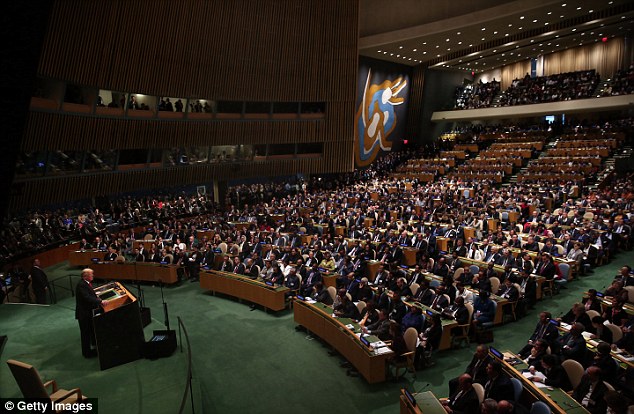 Sovereign message: Trump’s resounding message to the United Nations General Assembly was that he would not allow America to be taken advantage of by friends or enemies. 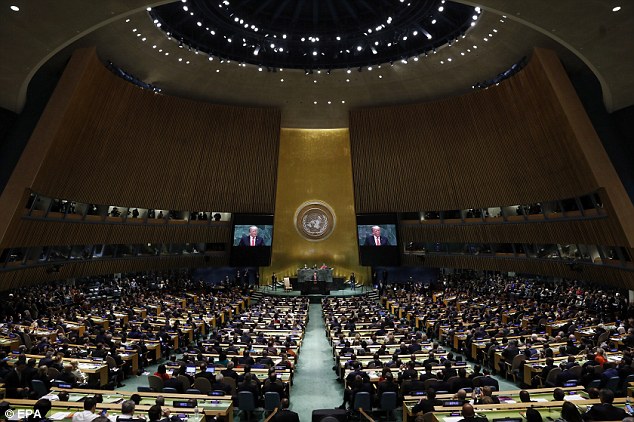 Trump called out Germany, specifically, for an oil and gas deal it entered into with Russia and commended Poland for prioritizing its energy independence.

‘Germany will become totally dependent on Russian energy if it does not immediately change course,’ he said.

The slam was the closest he came to challenging Russian President Vladimir Putin.

‘Here in the Western Hemisphere, we are committed to maintaining our independence from the encroachment of expansionist foreign powers,’ he added.

Trump has shaken up American foreign policy in almost every arena, especially when it comes to the relationship between security and trade.

America has historically placed a premium on its security relationships, even when it has had to make concessions in other policy areas such as trade.

‘We believe that trade must be fair and reciprocal. The United States will not be taken advantage of any longer,’ he asserted on Tuesday.