Mark Seliger is one of the most sought-after photographers in the world. He began working for Rolling Stone in 1987 and spent nine years as the magazine’s chief photographer, taking more than 100 iconic cover shots.

His distinctive images now regularly appear in Vanity Fair, GQ and Vogue. ‘I have had some challenging subjects but I’ve never really been in a position where I haven’t got something from it,’ says the 58-year-old Texan.

Sometimes, if somebody is having a bad day or has a bit of an attitude, that can actually work in your favour.’

His new book showcases his most celebrated pictures and here he gives Event the inside story on a few of his favourites.

SPRAY IT LOUD… Kim Kardashian, 2010 ‘Kim’s celebrity was just exploding at around this time. I was working with the artist Barbara Kruger on this idea for W magazine. The cover featured Kim naked and said: ‘It’s all about me, I mean you, I mean me.’ On the inside, shown here, Kim was painted silver – turning her into an art piece.’ 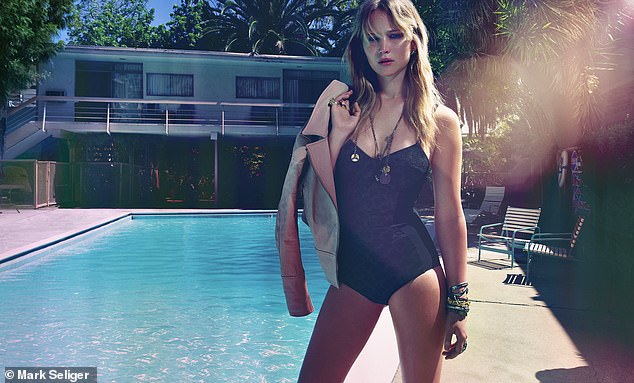 I’M JENNY FROM THE BLOCK Jennifer Lawrence, 2012 ‘This was a fashion story for Italian Vogue, around the time of Jennifer’s first Hunger Games movie. It’s at the Highland Gardens Hotel, a cool place in LA where Janis Joplin, Jimi Hendrix and Jim Morrison used to hang out. We were looking for an elevated, cinematic feel with a Seventies rock ’n’ roll vibe. Working with actors, it’s often good to give them a little bit of a role to play – a character. Give anybody the role of cool rock ’n’ roller and they’re going to accept it, right?’ 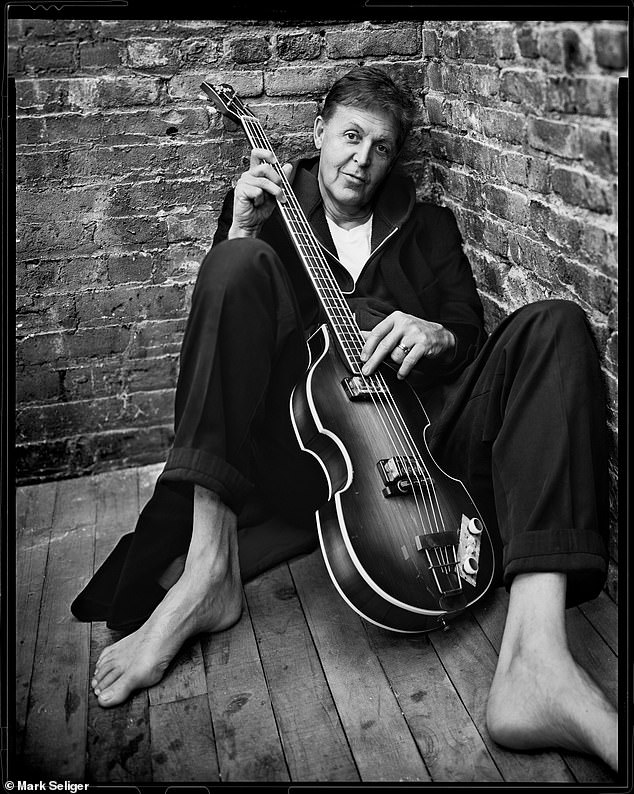 MACCA’S SOLE MUSIC Paul McCartney, 2001 ‘I’ve taken many portraits in a stairwell at my New York studio and Paul McCartney is one of my favourites. The lack of shoes is a reference to the Abbey Road cover. When I suggested it, Sir Paul said in his beautiful accent: ‘Sure, mate.’ There was no hesitation. I think if you present an idea and people don’t over-think it, that’s when you get great stuff.’ 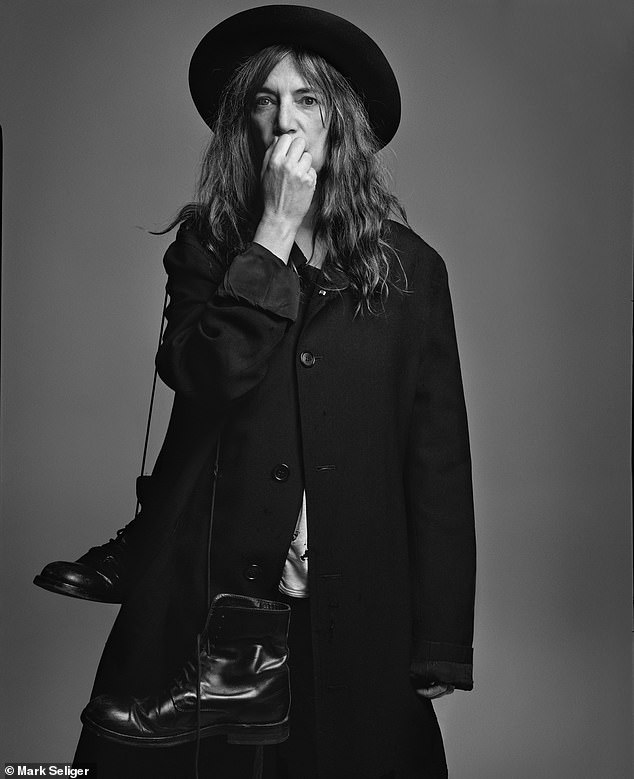 Patti Smith, 2007. ‘This was a studio shoot and we had set up a couple of ideas but when Patti walked in she was dressed exactly she is in the photograph, with the army boots over her shoulder. We didn’t do make-up, hair or anything. I just said “You look great, walk over here,” and we shot that picture.’ 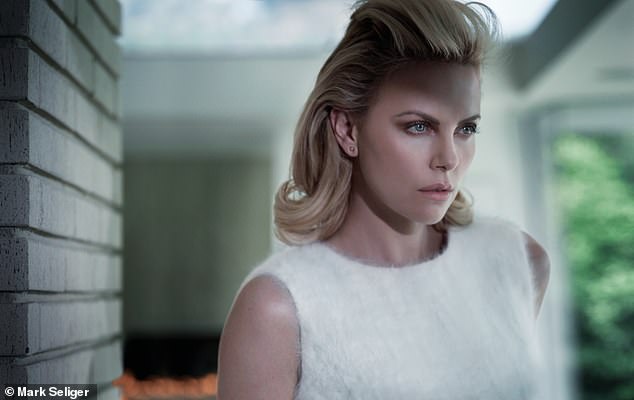 CHARLIZE: NO ANGEL Charlize Theron, 2011 ‘I had just started doing a lot of fashion work at this time but I wanted these photographs to feel more like film work than typical fashion pictures. This was part of a 20-page story for French Elle and the idea was that this woman was in an environment that had a mysterious feel to it, like a David Lynch movie. You’re not really sure what’s happening here.’ 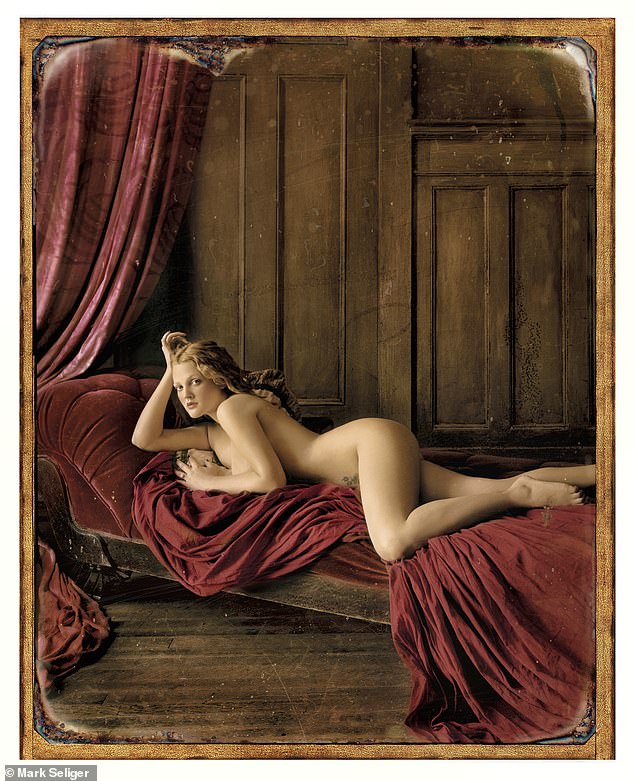 DREW BARES MORE Drew Barrymore, 2000. ‘Part of a shoot for a Rolling Stone cover story. I’d worked with Drew several times and she’s the perfect muse. She’s happy to talk at length about ideas and our intention here was to recreate a piece of Belle Epoque New Orleans erotica; the sort of picture that might have been taken at a time when photography was a new form of recording. It’s very sensual and elegant.’ 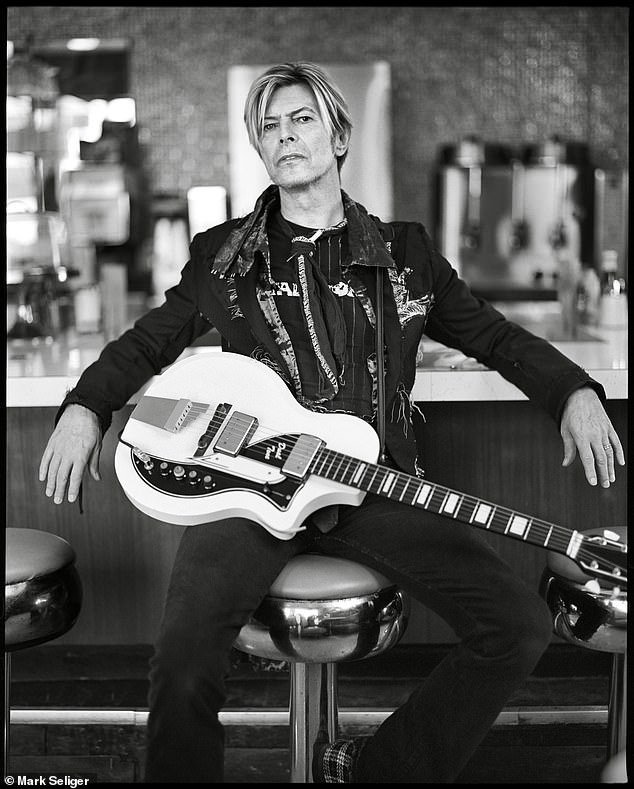 THERE’S A STARMAN, WAITING IN THE… DINER David Bowie, 2004 ‘We were shooting an ad for Audi. The idea was that David was in a diner having a cup of coffee and a piece of pie surrounded by all these truck drivers who were wondering what the hell he was doing there. This was a little extra shot I did. He was on tour at the time and was in such a good mood, very enthusiastic. It was just a really nice moment. Kurt Cobain, 1993. ‘The first time I’d photographed Nirvana, for Rolling Stone, Kurt insisted on wearing a T-shirt on which he’d written “Corporate magazines still suck”. I was worried the magazine wouldn’t like it but it was delighted to have such an irreverent image and I think Kurt was pleased that we didn’t change anything. This was the second time I worked with them and here I was aiming for something like a Dutch Master-type still life. We’d originally planned it for the three band members but it had so much more impact with just Kurt. Two months later I was in Paris when I heard the news that he had shot himself.’