It may have ended its award-winning run more than 25 years ago.

But, despite this, the legacy of US sitcom The Golden Girls continues to inspire modern-day fans – as one New York cafe owner has proved.

Michael J La Rue, 41, is the owner of Manhattan’s Rue La Rue brasserie, which is the world’s only venue dedicated to the cult comedy series and, specifically, actress Rue McClanahan.

Museum: Fans of the show can dine-out while episodes broadcast in the background 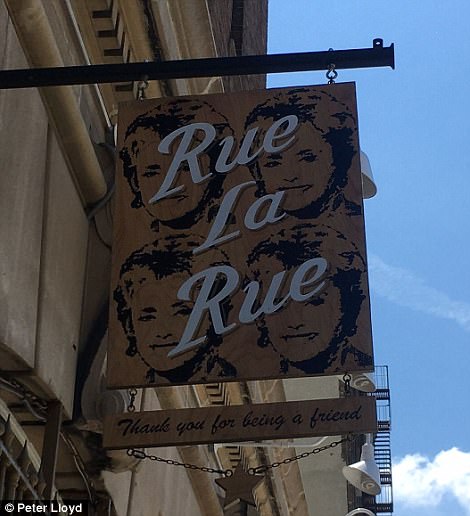 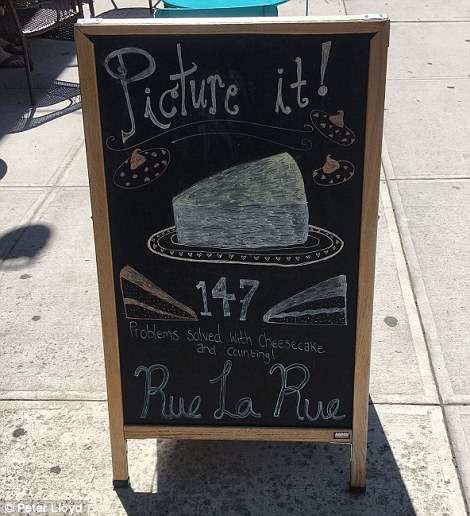 It’s a sign! The cafe’s branding references the show’s music, Thank You For Being A Friend (left). And utilising one of the programme’s famous phrases, passers-by are encouraged in (right)

Located in Washington Heights, near Fordham University and New York’s Botanical Gardens, the camp endeavour is a caffeine-fuelled mausoleum to the late actress, who played man-eating Blanche Deveraux.

Decorated with personal items from her estate, which were donated after her death in June 2010, these include her 1987 Emmy Award for Best Comedy Actress.

Others include costumes from specific episodes and the set’s retro telephone, which diners can pose with.

Unsurprisingly, the cafe’s menu is packed with character-themed items such as Betty White Cake and Sophia’s Sangria – homemade concoctions with a comedic twist.

Guests can also enjoy watching episodes from the programme’s seven acclaimed seasons, which play on-loop via a huge flat-screen TV.

Naturally, staff also serve cheesecake, which was a recurring reference in the show. 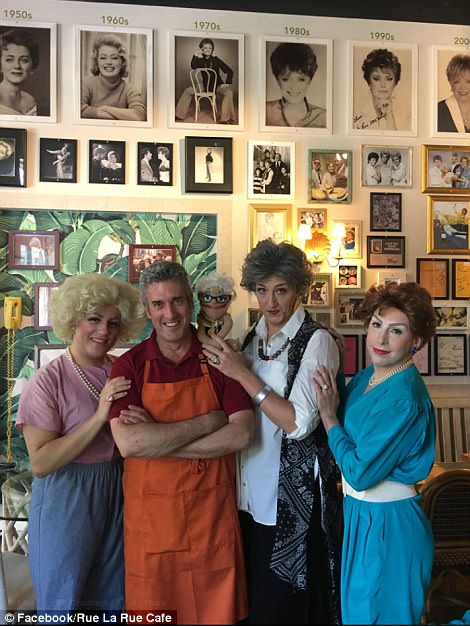 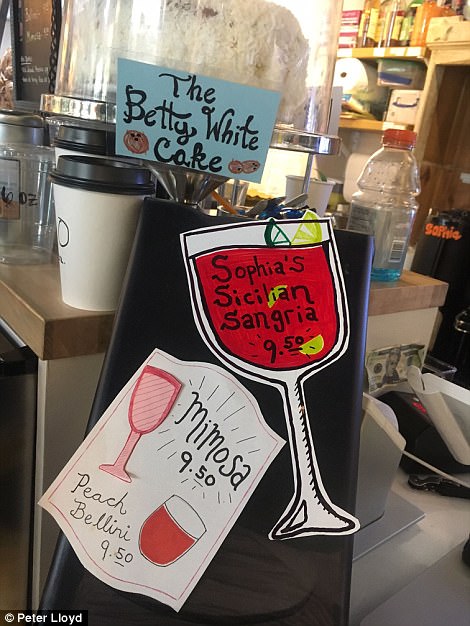 Fan-tastic! The venue’s owner, Michael J. La Rue (second from left), poses with fans in costume. Fans can get character-themed delights such as Betty White Cake and Sophia’s Sangria (right) 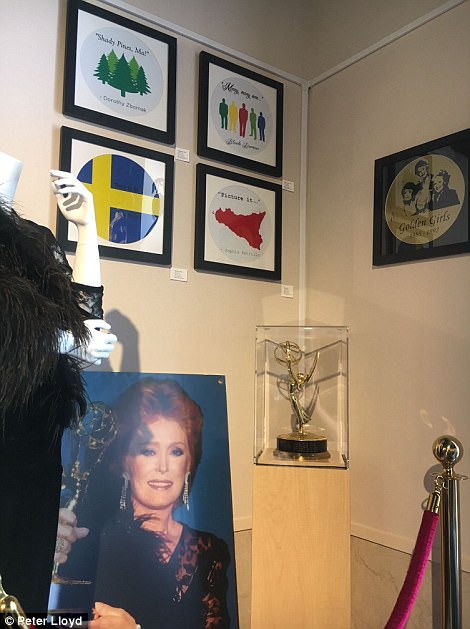 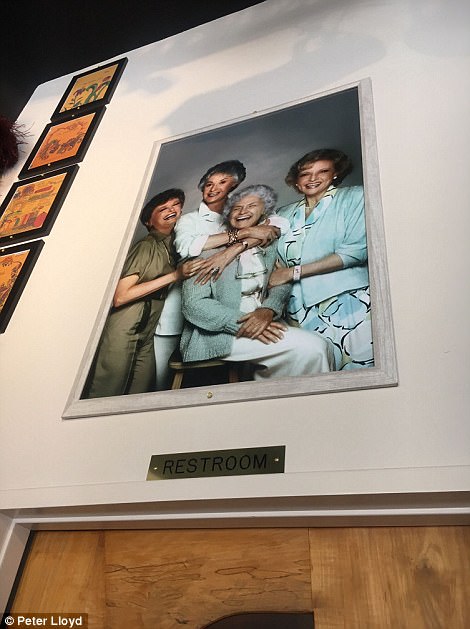 The image on the left reveals that the cafe is decorated with the late Rue McClanahan’s 1987 Emmy Award. And the walls are lovingly adorned with personal artefacts from the performer’s estate (right) 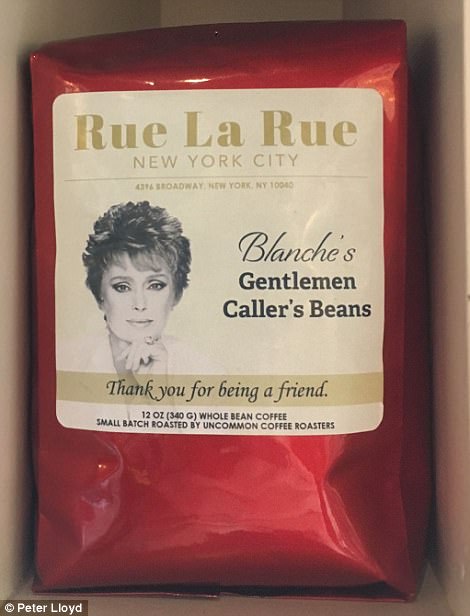 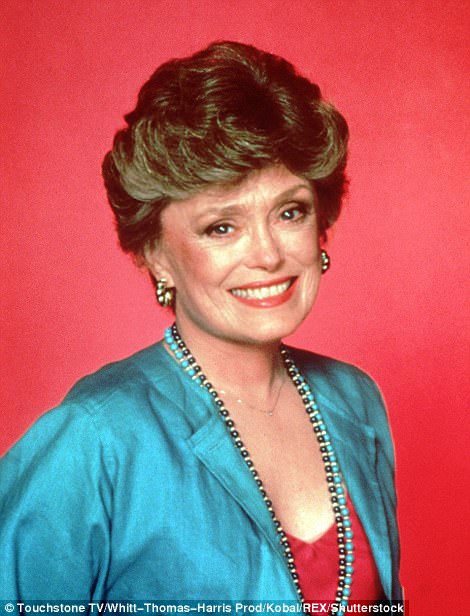 Product placement: Guests can also take-away some themed coffee from the Manhattan spot (left). On the right is Rue McClanahan pictured in character as Blanche Deveraux

Clearly a labour of love for owner La Rue, who befriended McClanahan in famed nightclub Studio 54 during the show’s run, it’s been a hit with fans since opening in April.

Garnering numerous four and five-star ratings, one reviewer said: ‘Definitely the place for Golden Girls fans! The fact the owner has a personal connection makes it that much sweeter and more intimate.’

Meanwhile, another wrote: ‘As a huge Golden Girls fan, this place was definitely the gem for me during our trip to NYC!’ 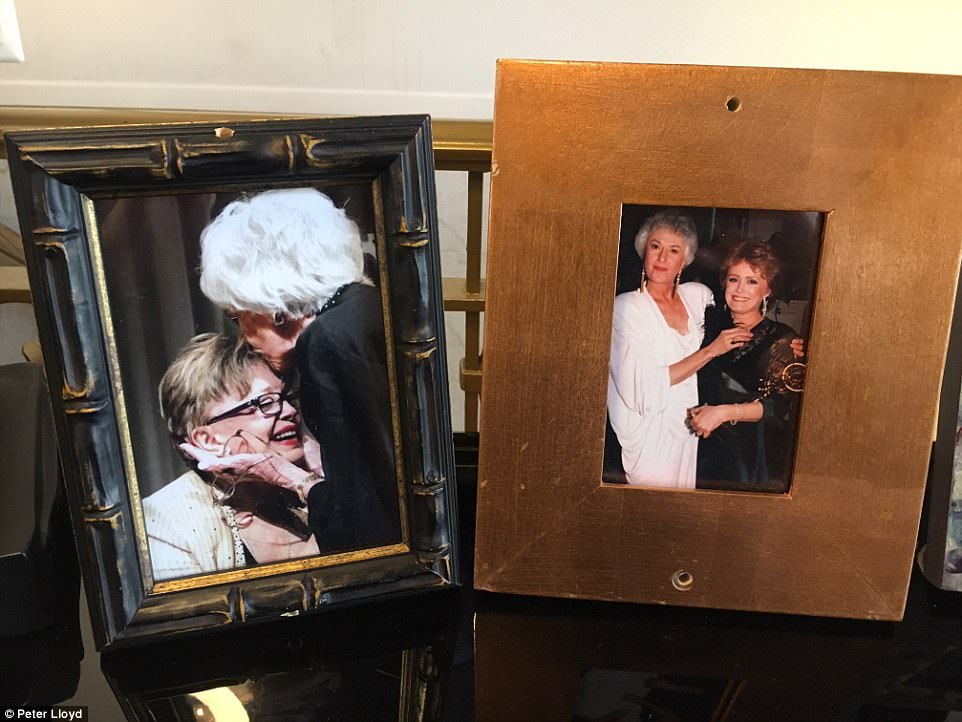 Getting personal: These images were part of McClanahan’s private photo collection 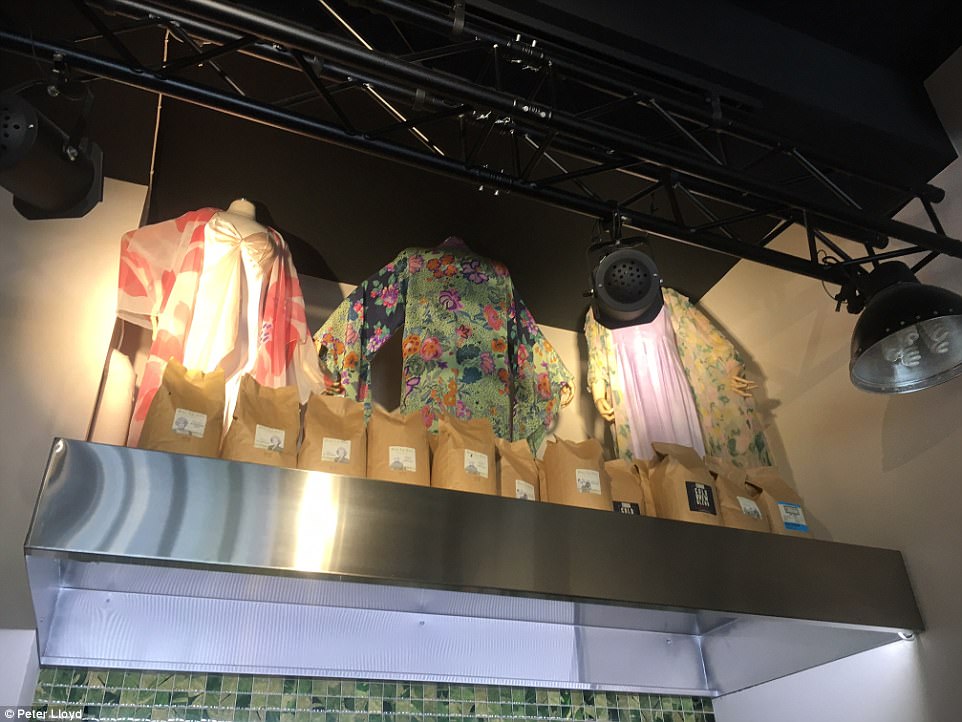 Dress to impress: Costumes from Blanche’s many scenes are also on display above the counter 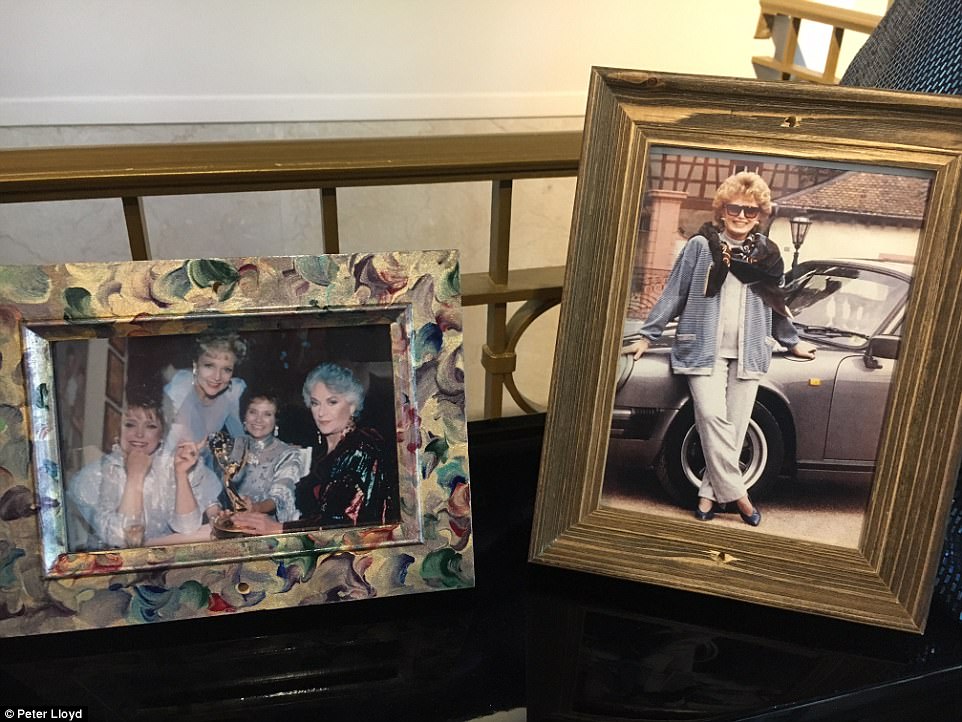 Insight: Other items on show include McClanahan’s driving licence and pictures from the various award ceremonies they all attended over the years 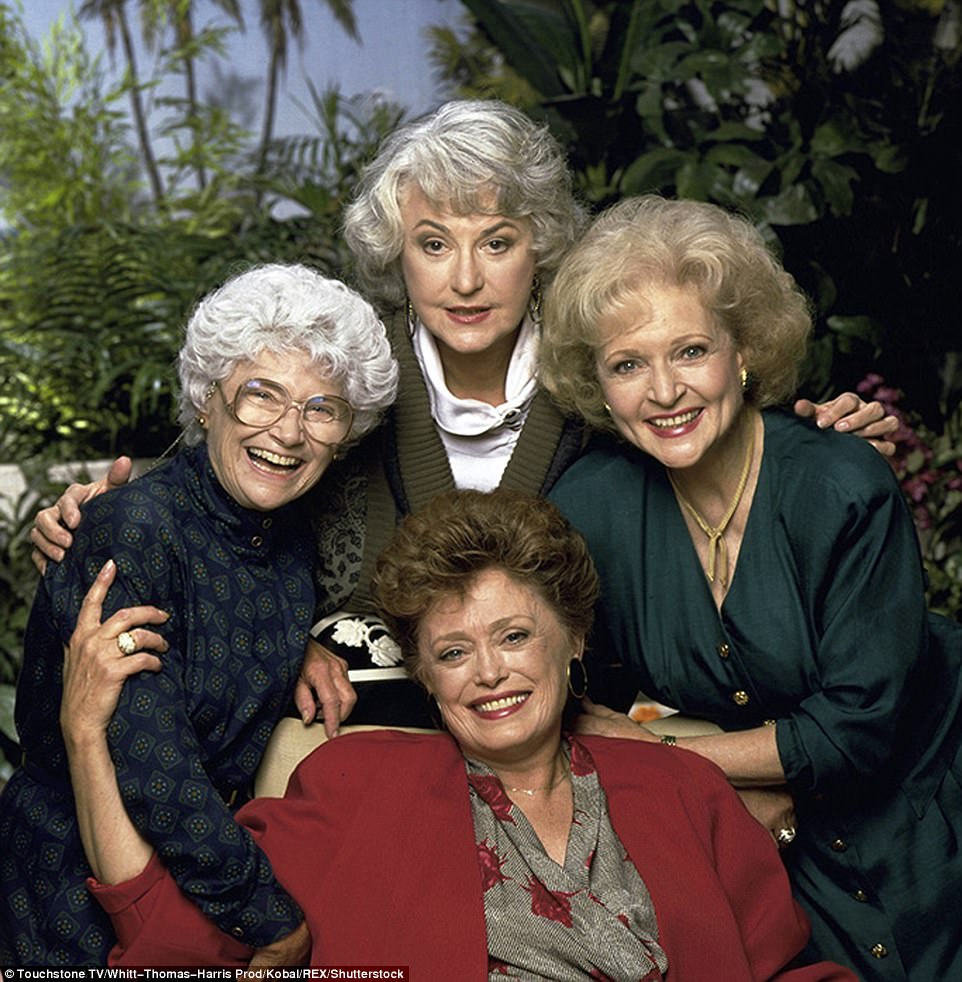 The Golden Girls ran for seven years, between 1985-1992, and made history by earning each of the principal stars an Emmy Award for Outstanding Actress in a Comedy Series.

It also attracted an impressive list of cameo appearances from a number of then-unknown stars, including George Clooney and Quentin Tarantino. 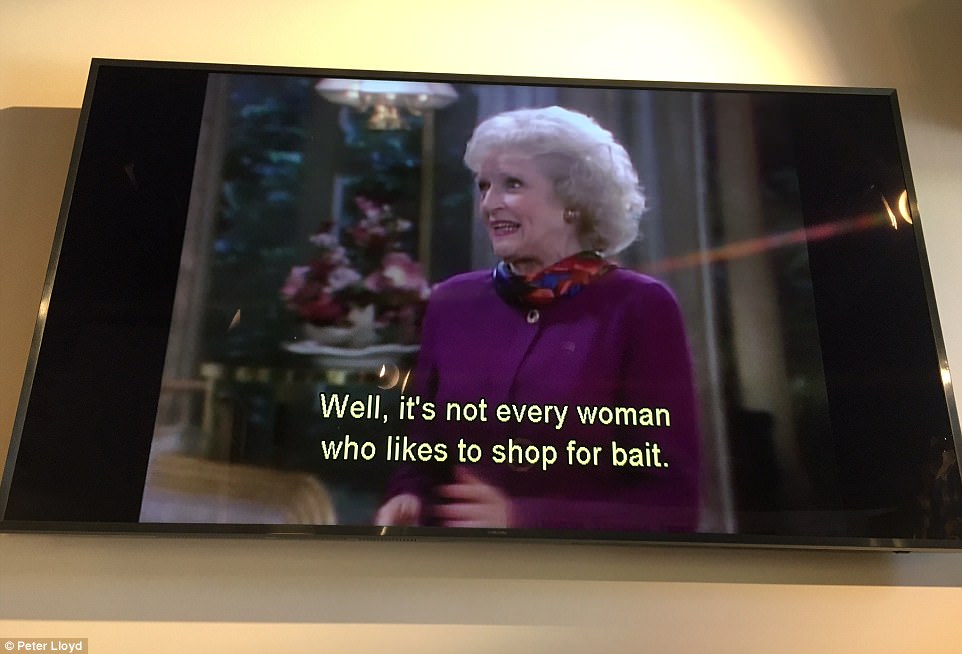 Funny: The programme’s seven seasons are shown on-loop for guests to enjoy again and again 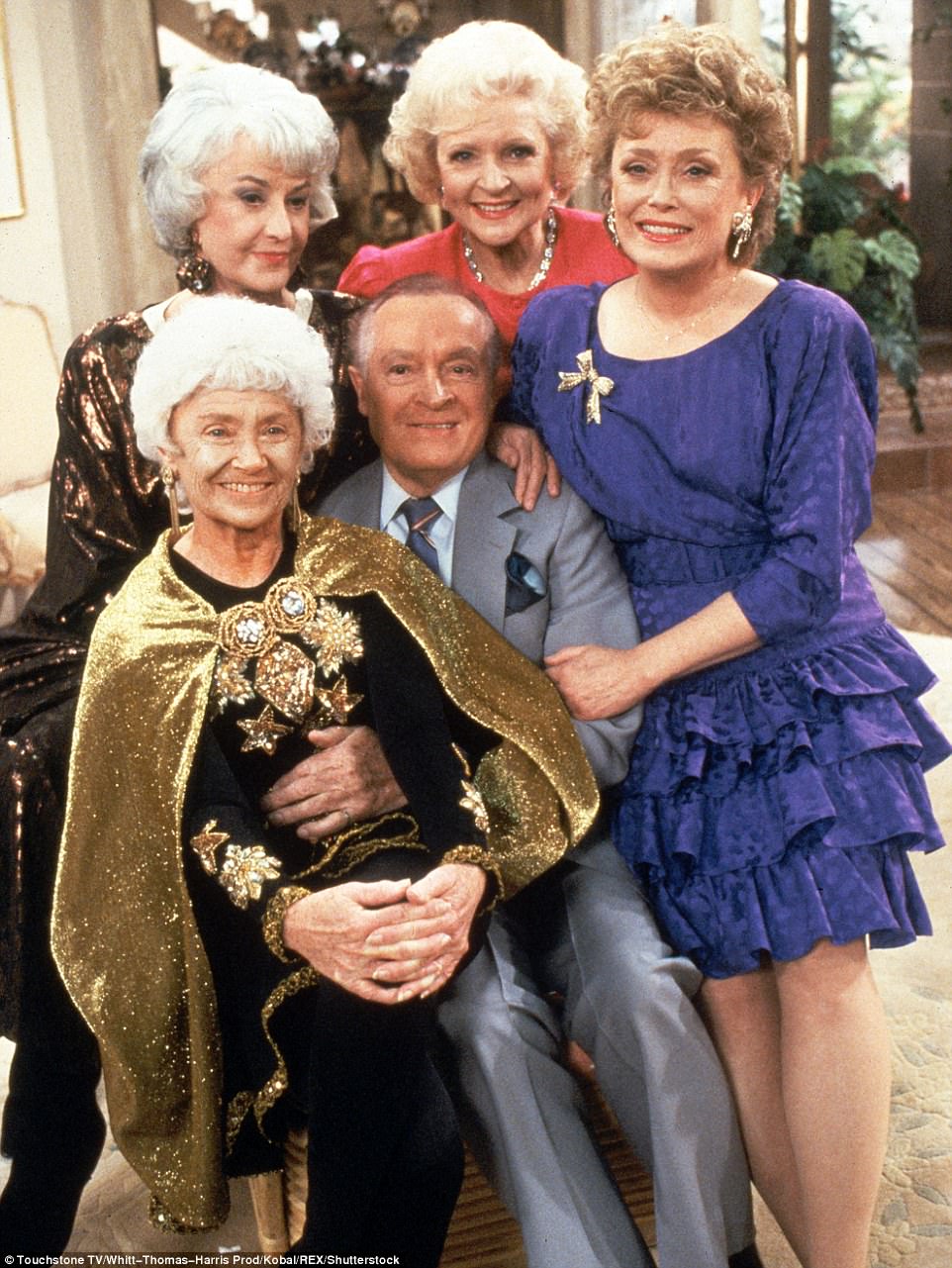 Star power: The ladies pictured with Bob Hope, one of their many celebrity guests