Thousands of women have agreed that they’d rather receive no present at all than the standard ‘value gift pack’ often sold at chemists and pop-up stands in shopping centres.

Typically filled with unappealing scented hand creams, bath bombs and mini beauty products, the ‘tacky and juvenile’ packs have been dubbed an ‘instant cupboard filler’ on a Facebook post with almost 2000 likes.

‘Just an FYI, the women in your life do not want these,’ post stated alongside an image of the gift packs.

‘Just an FYI, the women in your life do not want these,’ The Australian woman’s post stated along with an image of the gift packs 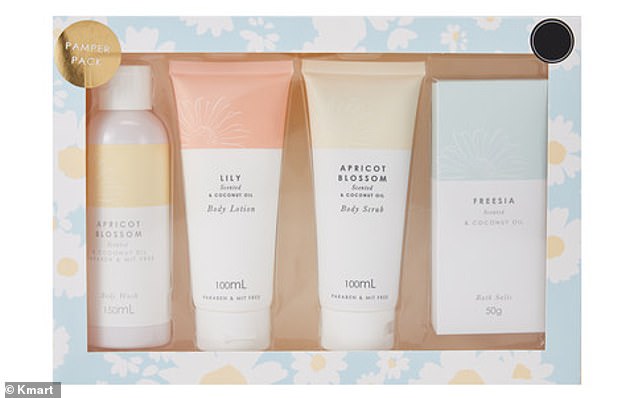 Would you be upset to receive a value gift pack as a Christmas present?

Cheap cosmetic products are often accompanied by an uncomfortable shower cap, an itchy exfoliating glove or a miniature face towel.

‘There are only so many body cremes one can have in the cupboard,’ another Aussie mum replied.

Not all women agreed, however.

‘I’d love to get these as a gift. Speak for yourself,’ a women wrote in the comments.

‘I can’t be the only one that loves receiving gifts like these,’ another women wrote.

The gift has overtaken ‘heart shaped jewellery’ as the most hated present.

Thousands had previously agreed that they dreaded opening heart-shaped jewellery on Christmas morning, as dozens branded it ‘tacky’ and ‘juvenile’.

What women do not want to open on Christmas Day:

‘Your girlfriend doesn’t want heart-shaped jewellery, I promise you,’ the tweet reads.

‘If you see this and think she wants something heart-shaped, I am willing to help you find something that isn’t ugly. This is my act of service to my fellow women.’

The warning drew some amusing responses, one woman who felt particularly passionate about the issue sharing she’d rather wear a necklace with a phallic-shaped pendant than anything with a heart. 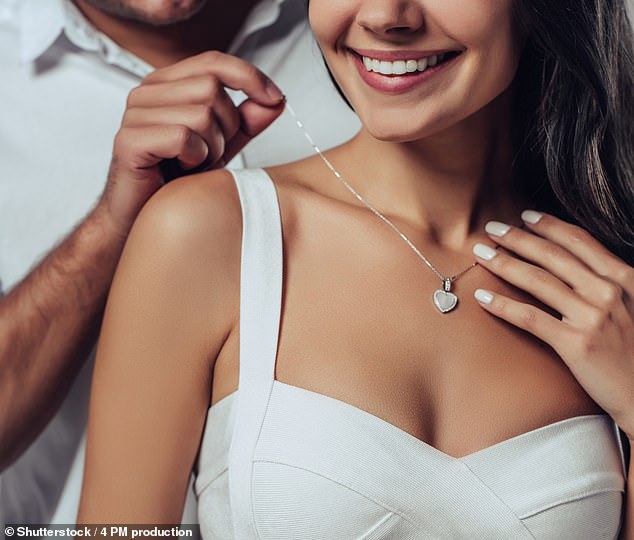 Previously thousands agreed that they dread opening heart-shaped jewellery on Christmas morning, as dozens have branded it ‘tacky’ and juvenile

Would you be disappointed with heart-shaped jewellery as a Christmas present?

‘Heart-shaped rings remind me of the play jewellery that came in the princess dress up kits when I was like five,’ one woman wrote.

‘Heart-shaped anything is for children,’ another agreed.

Some joked that they would prefer to get something edible in the shape of a heart.

‘Can I just get a heart-shaped 10-pound chocolate. Possibly peanut butter filled. Or coconut,’ one woman said.

But not everyone was so critical of the romantic accessory.

‘My boyfriend gave me heart-shaped earrings and a heart-shaped necklace (not matching) and they’re my favourite pieces of jewellery he’s given me,’ one woman wrote.

‘Meh. I’m 43 and still love heart jewellery,’ added a second, while a third said: ‘Okay, I like heart-shaped stuff. Yes, I know, I need a lobotomy.’

A fourth said she would never wear ‘tacky’ heart-shaped pieces but likes classic heart-shaped lockets and pendants that have compartments for photos of family and friends.