The Project host Carrie Bickmore reveals why she struggles to sleep

She’s the energetic TV host, who always looks fresh-faced and radiant on The Project.

But, on Monday Carrie Bickmore revealed she struggles with sleep and suffers from ’bouts of insomnia.’

‘If you’re having trouble with bouts of insomnia you are not alone’: The Project host Carrie Bickmore reveals why she struggles to sleep at night

‘This is a photo of me sleeping (So sexy I know). It’s rare that I sleep this deeply. If you having trouble with bouts of insomnia you are not alone,’ she captioned.

In the Instagram post, Carrie briefly touched on the lengthy article she penned for Stellar Magazine regarding her insomnia.

She revealed she has struggled with sleep ‘as far back as she can remember.’ ‘I live in a permanent sleep-deprived haze and I am ecstatic if a dinner date gets cancelled so I can go to bed early,’ Carrie revealed in Stellar Magazine.

Carrie’s self-confessed sleep deprivation comes after reports surfaced she may be  ready to quit The Project over mounting tension with Lisa Wilkinson.

Despite both women denying any issues, there are rumours Carrie Bickmore may be getting ready to leave the panel over ‘tensions’ with new hire Lisa Wilkinson.

New Idea reported earlier this month that the show’s producers are now having to handle Carrie with ‘kid gloves’ over fears she will jump ship. 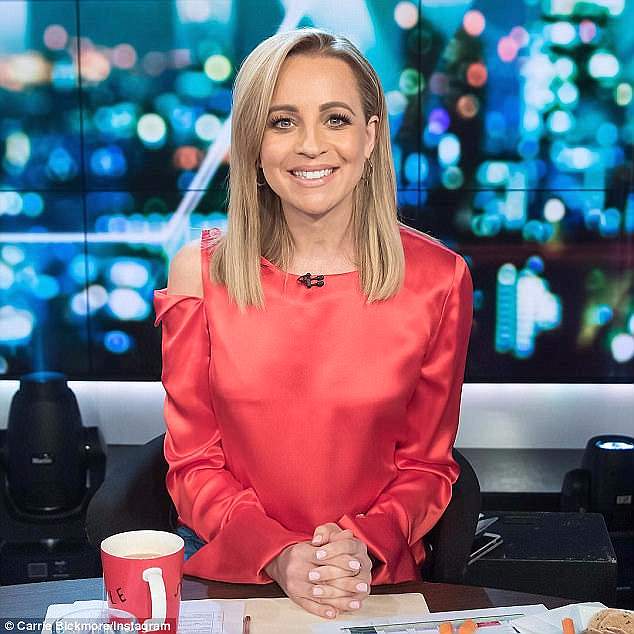 Unconfirmed reports: Despite both women denying any issues, there are rumours Carrie Bickmore may be getting ready to leave The Project over ‘tensions’ with Lisa Wilkinson

‘They are having to handle Carrie with kid gloves as they don’t want the worst outcome – i.e that she spits the dummy and walks,’ an unnamed source told the publication.

New Idea claimed that rising ratings since the former Today host’s addition to the Sunday night panel – as well as Lisa’s high-profile interviews with Celine Dion and Jacqui Lambie – had ruffled Carrie’s feathers.

‘Lisa’s jaunt to Vegas to interview Celine Dion hasn’t gone down well with Carrie,’ the source went on to allege.

They added: ‘These high-profile interviews like Lambie are p***ing Carrie off.’

Lisa has proved to be a ratings boon for The Project, with News.com.au reporting that her debut in January brought 200,000 more metropolitan viewers to the show.

It was also suggested by New Idea’s anonymous source that Lisa and Carrie are putting up a front – especially on social media, where they often post pictures together. 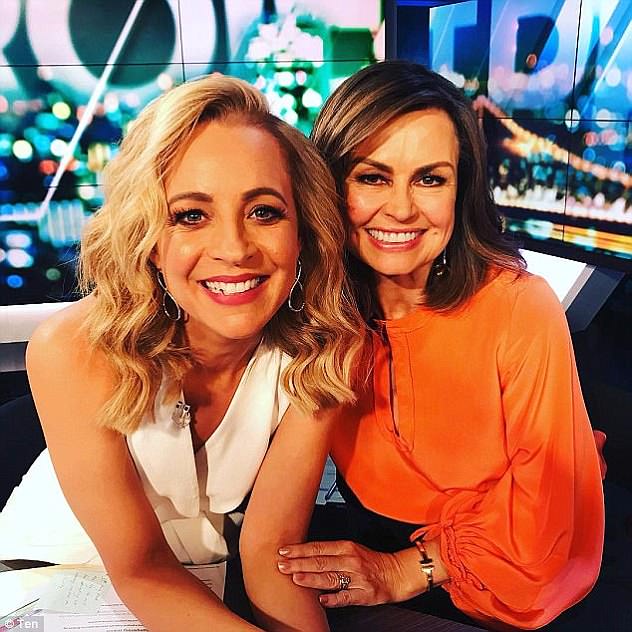 Front: It was also suggested by New Idea’s anonymous source that Lisa and Carrie are putting up a front – especially on social media, where they often post pictures together

‘While it’s all lovey dovey on social media, it is a different story behind closed doors at Ten,’ the insider suggested.

‘Aside from a few times sitting on the panel together, they pass like ships in the night.’

‘The article in New Idea is a complete fabrication and could not be further from the truth,’ the spokesperson said. ‘New Idea, which is of course owned by Channel Seven, did not bother checking any of its claims with Network Ten, Carrie, Lisa or anyone who works on The Project.’

They continued: ‘The truth is that these two highly talented, strong and professional women enjoy working together, and support each other. Clearly New Idea is not interested in the truth.’ 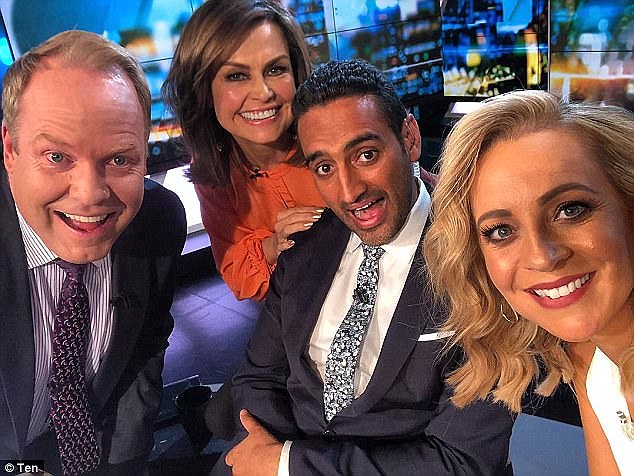 New role: At the close of 2017, Lisa had secured a reported $2.3million salary to front The Sunday Project and Network Ten’s new website Ten Daily, following her departure from Nine