While the European Championship may not start until next week, the Copa America begins on Friday night.

All eyes will be on the likes of Lionel Messi, Sergio Aguero and Luis Suarez, but there are some players worth highlighting who may have otherwise flown under the radar of fans outside of South America.

Renowned global scout Neil McGuinness takes a look at who could impress at this month’s Copa America for Sportsmail. 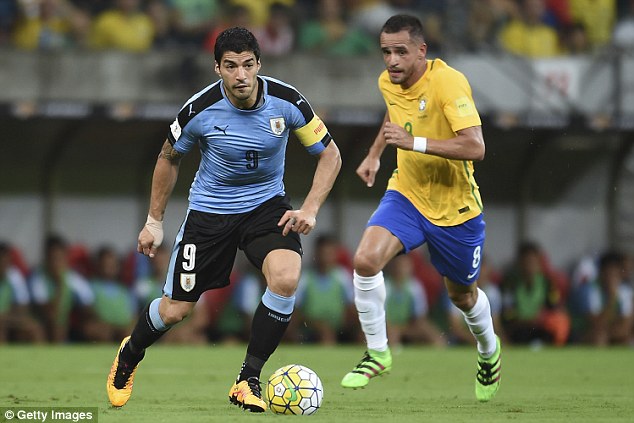 Runners up in 2015, you know what to expect from Argentina. They have class in all areas of the pitch and can rely on offensive talents like Messi, Aguero and Gonzalo Higuain to produce goals out of nothing. A strong solid squad that should be there or there about’s this time round. One notable youngster included in the camp this time round is Matias Kranevitter of Atletico Madrid. He may not feature heavily but he is definitely one to keep an eye on for the future, an intelligent holding midfield player with excellent timing. 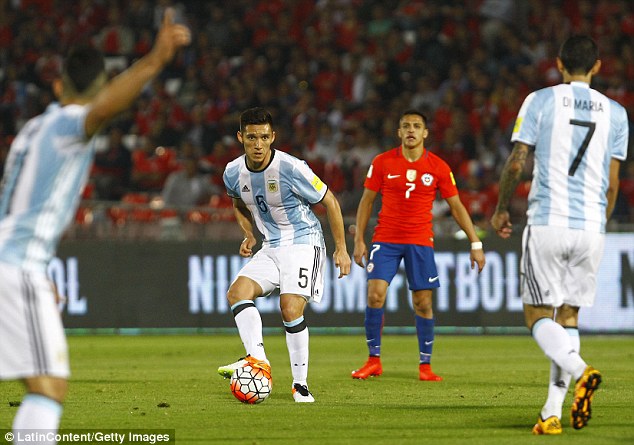 It’s safe to say that Brazil are not as strong as they have been in previous years and this time round they can’t rely on the golden boy Neymar who has been withdrawn from consideration at Barcelona’s request. However Dunga still has top level experience and ability in his side with Hulk, Willian & Dani Alves among others. There will also be a lot of European clubs with eyes on Gabriel Barbosa of Santos who has the potential to shine if he is given game time. Gabriel is a massively talented young left footed striker with an eye for goal along with a great turn of acceleration and the ability to ghost away from markers in tight areas. 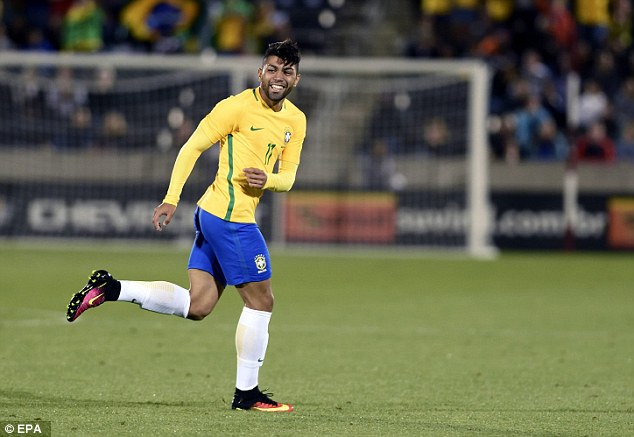 Gabriel Barbosa has been picked out as a player who could fill in for the absent Neymar, if given game time

Bolivia made it to the quarter-finals last time round but crashed out to Peru. This time they are missing the likes of Marcelo Moreno who can always provide a goal-threat. I expect they will compete but lack the real depth of talent needed to progress to the latter stages of the tournament. Keep an eye out for 18-year-old Bruno Miranda of Universidad de Chile who has been fast tracked into the first team and could be making his Copa America debut. Very much a penalty box striker, he knows how to find space and is a tidy finisher.

Last years winners are coming into the tournament with another strong squad and have a lot of top players to rely on. Alexis Sanchez, Arturo Vidal and Claudio Bravo will be looking to bring experience from the top levels of club football and drive the local based players to up their game. Nicolas Castillo is another player who will be coming into the tournament hungry as he pushes to get back to the level he was at before suffering ligament damage while on loan at German side Mainz. 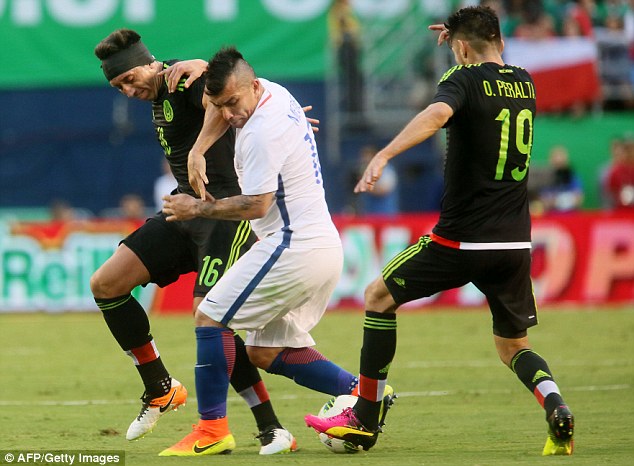 Nicolas Castillo, middle, will be hungry coming into the competition after an injury hit spell in Germany 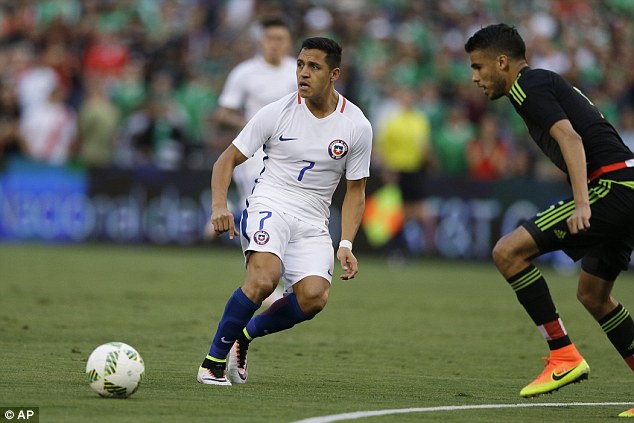 Colombia went out on penalties to Argentina in the last tournament and have enough in the squad to expect to be getting out of the group stage. Carlos Bacca, James Rodriguez and Jeison Murillo provide a very strong spine to the team and they have enough quality around them with the likes of Juan Cuadrado to be aiming for a good run. Keep an eye out for Edwin Cardona of Monterrey who can play in the offensive midfield role or coming in off the wing, he also has a cannon of a strike from distance. 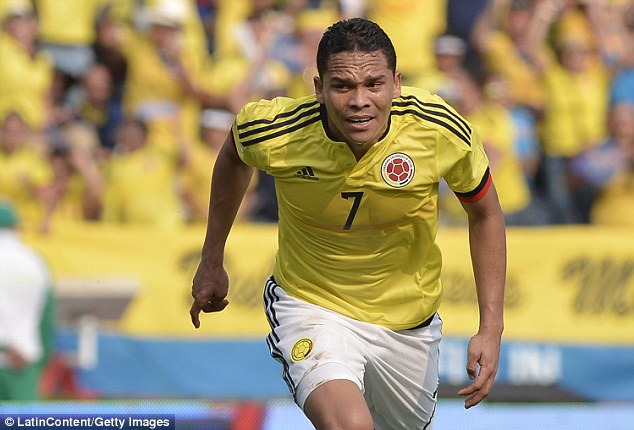 No inclusion for Costa Rica in 2015 so they will be hoping to make a good representation of themselves this time round. A team that doesn’t score that many goals so will need to rely on top performances from the likes of Arsenal’s Joel Campbell and Sporting Lisbon’s Bryan Ruiz who will captain the side. I expect Real Madrid’s Keylor Navas will also be very busy between the sticks. 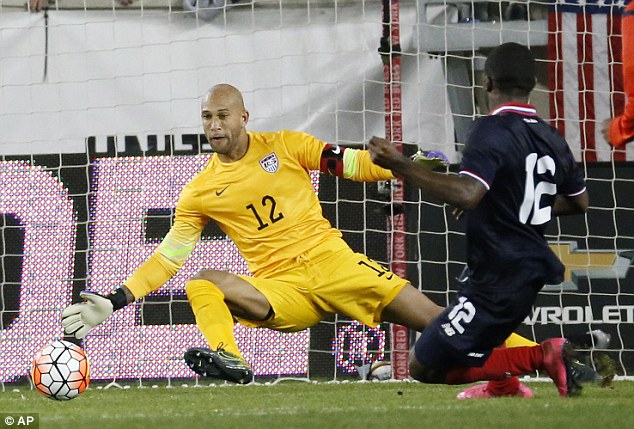 Ecuador didn’t make it out of the group stages in 2015 but are coming into this tournament in good form and seem to be organised and prepared. There is a strong Premier League influence in the squad with both Enner and Antonio Valencia, along with Jefferson Montero and Juan Paredes. Big things are expected in the nation from Miller Bolanos who has recently moved to Brazil after earning legend status at home nation club, Emelec. His main talent is his ability to time his runs very well and he can often find space in 1v1 situations, coupled with quick and accurate finishing, he is a threat. 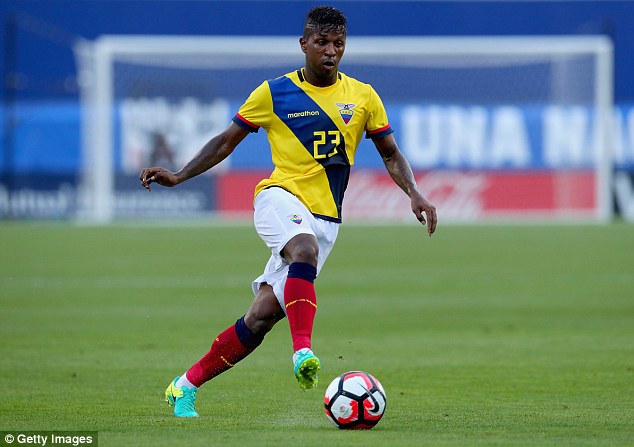 Big things are expected in Ecuador from Miller Bolanos, who was regarded as a hero at former club Emelec

It’s their first appearance in the completion and Haiti find themselves in a very difficult group. I would be surprised if they managed to progress out of it. They lack any real world class level players and will be relying on strong performances from the defence and goalkeeper. In offensive midfielder Jeff Louis they have a player who is capable of scoring from distance and set pieces, small and stocky in his build but strong enough to protect the ball. Kervin Belfort will also provide a physical option upfront but he will have to be prepared for long periods without the ball. Overall I feel they will struggle in this tournament.

Last time round they finished the group stages with zero points and zero goals, so things can only improve. Premier League winning Leicester City captain Wes Morgan will marshal a defence that will be very busy. Jamaica have ability in former West Brom player Giles Barnes and they will also hope to find pacey Reading winger Garath McLeary in good form but they are another nation who will struggle to make any serious progress. 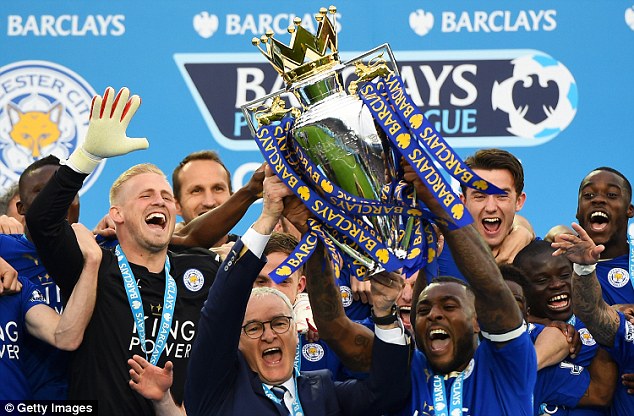 Premier League winning captain Wes Morgan will lead one of the weaker sides, Jamaica, into the tournament

Mexico finished with no wins and a disappointing group stage exit in the 2015 tournament so they will be fired up to restore some pride this time around. The squad has a real blend of interesting young players with the likes of Hirving Lozano who will patrol the areas in behind the striker and can score from distance and Jurgen Damm who can be very difficult to defend against in the wide areas due to his pace and trickery. Both will be looking to showcase themselves to the host of watching scouts. Experience is also plentiful in the squad with Rafa Marquez, Andres Guardado and the goal machine Chicharito. Its not an easy group for Mexico but one that they should be qualifying from. 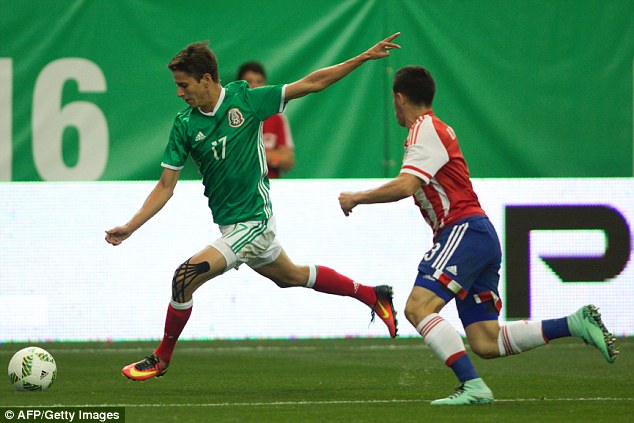 Drawn in a group with both of last year’s finalists is not a good sign for Panama. They come into this tournament with one of the weakest squads and will mainly be hoping to try and keep the score down. In Blas Perez and Felipe Baloy they have experience, with almost 200 caps between them, and these are the players who will provide motivation for the younger squad members. I can’t see anything other than a quick exit for Panama. 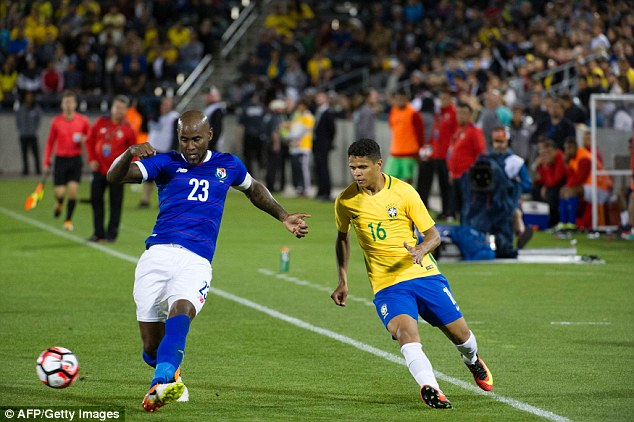 Felipe Balos, along with Blas Perez, is one of the players in Panama’s team to bring great experience

Paraguay are far from the level that they once played at but are slowly starting to build themselves back up. A lack of top talent coming through has slowed down what was once a very promising looking footballing nation. Roque Santa Cruz is now a veteran player but can still cause problems and they can also call on the talented Derlis Gonzalez and Bournemouth’s Juan Iturbe for creativity. They will find it tough to progress from the group but might have enough to make the quarter finals. 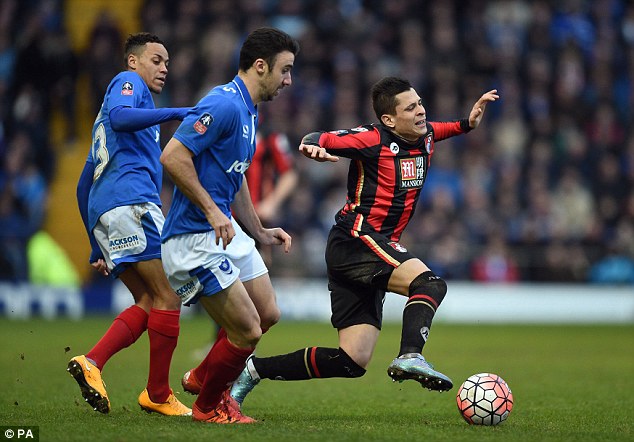 Third place for Peru in 2015 but they are coming into this tournament minus some key players, most notably Jefferson Farfan and Claudio Pizzarro. The torch has been passed to the next generation and the weight of expectation will rest with young players such as 21 year old forward Andy Polo of Millenaries who loves to run onto balls over the top and can finish at pace. They also have 20-year-old Renato Tapia of Feyenoord who is a player that I love watching. All action, great feet, can score goals and provides a box to box threat. Usually played in the central of midfield, he is very capable for someone so young and will potentially go on to have a top career. They can also rely on the goals of striker Paolo Guerrero who joint top scored in the previous tournament. 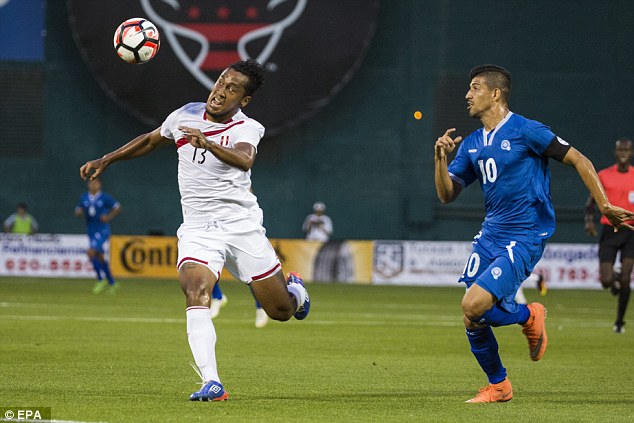 USA come into the tournament with a mainly home nation based side. Jermaine Jones, Michael Bradley and Clint Dempsey are back playing in the MLS and will be key to providing a balance for the team. Seventeen year old Christian Pulisic of Borussia Dortmund is a very talented young player who can play in the No 10 role or operate from the wing and has the potential to cause problems with his quick feet and balance he can get into dangerous spaces and draw fouls. Another notable young option to keep and eye on is striker Bobby Wood, a tenacious striker with bags of energy who has recently signed for Hamburg. 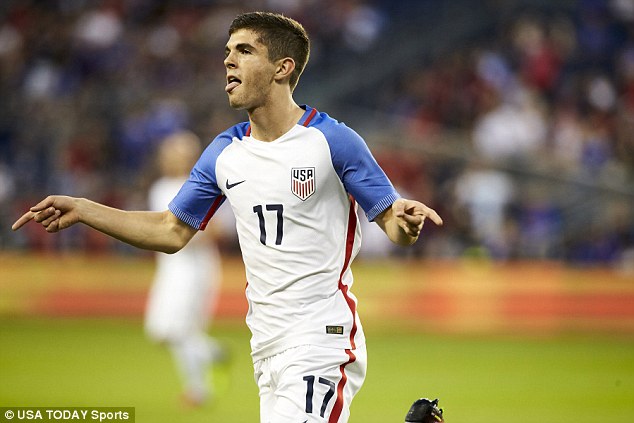 Any team that has Luis Suarez and Edison Cavani upfront can be potential tournament winners, albeit Suarez may not feature until later in the tournament due to a hamstring problem. That aside, Uruguay are coming in with a very strong squad and have a great spine to the team with Diego Godin and Jose Gimenez bringing a solid central defensive partnership fresh from a very good season with Atletico Madrid. The midfield has a lot of offensive options and if Gaston Ramirez and Nicolas Lodeiro are on form, Uruguay will create chances. 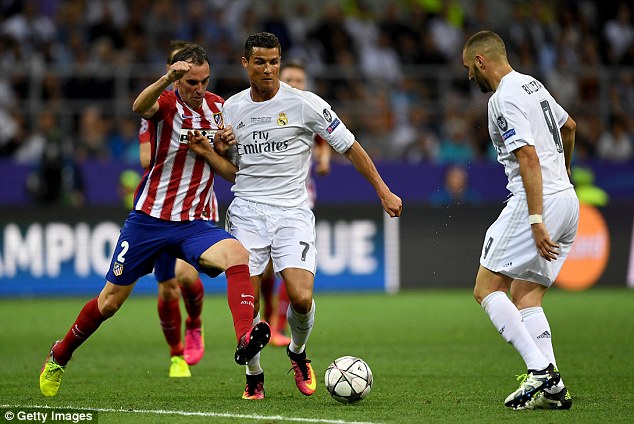 Another team who lack quality in depth and may find it difficult to get out of a tough group that contains Mexico and Uruguay. In Salomon Rondon they have a striker capable of making and scoring goals. Josef Martinez of Torino can provide good link up play and can see a pass and Roberto Rosales can offer offensive threat down the right hand side of the pitch with overlapping runs from the fullback area. They went out in the group stages last year and could suffer the same fate this time round. 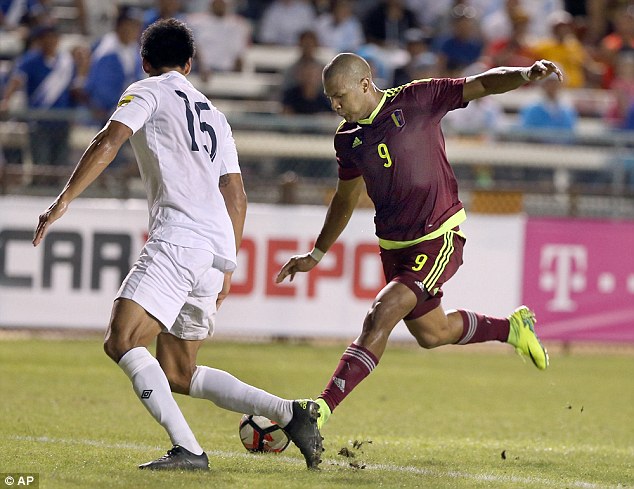