Presidents and monarchs are gathering at Auschwitz today but the British Government seems unable to send a single minister.

The presidents of Germany and Israel will be among the heads of state and government leaders.

The United Kingdom will be represented by the Duchess of Cornwall while the Duke and Duchess of Cambridge are set to attend memorial events in London.

There was surprise among members of Britain’s Jewish community last night, however, when it emerged that there would be no minister from the Government.

Presidents and monarchs are gathering at Auschwitz today but the British Government seems unable to send a single minister. Pictured: Entrance to the former Nazi concentration camp Auschwitz-Birkenau

‘It does seem rather odd that they cannot find a single one to go,’ said Jerry Lewis, former vice-president of the Board of Deputies of British Jews.

The Netherlands is sending its prime minister, Mark Rutte, as well as its king and queen, and Ireland is despatching its president.

The King and Queen of Spain will also be among the guests.

Neither Downing Street nor the Foreign Office nor the Cabinet Office was able to offer an explanation, although it is now understood that the Government’s Holocaust envoy, Lord Pickles, will be in attendance.

The British Government will be well represented at events in London and it will also announce today that it is making a £1million donation to the Auchwitz-Birkenau Foundation.

The only VIPs on most minds here this week are the survivors.

Some of them paid a private visit to Auschwitz yesterday with the World Jewish Congress.

They were nearly all children when they first arrived here.

And now, 75 years later, they are returning – some for the very first time – as the last witnesses to its horror.

All concede it was nothing short of miraculous that they ever got out alive, for it was usually the children who were among the first to be despatched to the gas chambers when the cattle trucks unloaded their human cargo at Auschwitz. 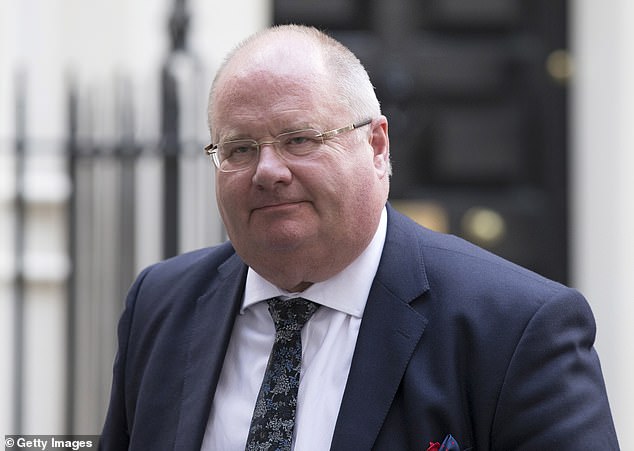 Neither Downing Street nor the Foreign Office nor the Cabinet Office was able to offer an explanation, although it is now understood that the Government’s Holocaust envoy, Lord Pickles (pictured), will be in attendance

However, a few would survive through a combination of sheer luck, chaos, the kindness of others and immense strength of character.

It was 75 years ago today that Soviet troops liberated Auschwitz, the date the world now recognises as Holocaust Memorial Day.

It is a day to commemorate all the evils perpetrated at more than 300 Nazi concentration camps over several years.

None was on the scale of Auschwitz, however, where the Germans murdered more than a million people – most of them Jewish – which is why the eyes of the world are on Poland today.

Tova Friedman, 81, was just five when she arrived at Auschwitz with her mother. ‘I suppose I was saved by Christianity,’ she told me yesterday.

‘Most children were murdered as soon as they arrived but it happened to be a Sunday and the Germans didn’t want to open up another gas chamber for our transport so I was able to stay with my mother, had my hair shaved and was tattooed.’

She remembers life hanging by the most slender of threads.

On one occasion, she was sent to the gas chambers and forced to undress only to be sent back again because, by chance, the Germans had sent the wrong set of prisoners for execution that day.

Her mother, she told me, was her guardian angel: ‘She told me exactly what to do. “Don’t cry”, “Don’t make a noise” and “If you see a dog, stand very still – they are only trained to attack people running away”. I did what I was told.’

As the Nazis were about to abandon the camp and were rounding up the able-bodied, she hid among the corpses in a hospital wing.

She lay still while soldiers shot patients in their beds and remained there until it was safe for her mother to come and find her.

Now she remembers other children who were not so lucky and says: ‘Tell the whole world. Don’t let anyone ever forget.’