Theresa May could face a challenge to her leadership of the Conservative Party if she allowed Britain to remain in a customs union with the EU after Brexit, it is reported.

The PM has been warned that a concession to keep Britain in the 28-member customs union could prompt a series of no-confidence letters to be sent to a backbench chairman and trigger a leadership contest.

One backbench Tory MP told the website ConservativeHome: ‘If there’s a cave-in on the customs union, I think there will be a leadership challenge’.

The Government is set to duck a confrontation on the customs union this week, as chief whip Julian Smith said a non-binding vote on the issue would be held on a one-line whip, The Times reports.

Theresa May could face a challenge to her leadership of the Conservative Party if she allowed Britain to remain in a customs union with the EU after Brexit, it is reported

It came after peers inflicted a second defeat on the Government’s Breixt Bill this week, as they approved an amendment which aims to protect the rights of EU citizens post-withdrawal.

It also followed claims that Brussels has ‘annihilated’ Theresa May’s plans to take Britain out of the EU customs union while keeping a soft border with the Republic of Ireland.

The UK’s proposals to use technology to avoid hard customs checks and border guards were rejected after a ‘detailed and forensic rebuttal’ of the plans, it emerged.

A contest would be triggered if 48 letters were sent to Graham Brady, chairman of the 1922 Committee, according to Conservative party rules. The customs union allows the trading bloc to negotiate tariffs and trade deals collectively. 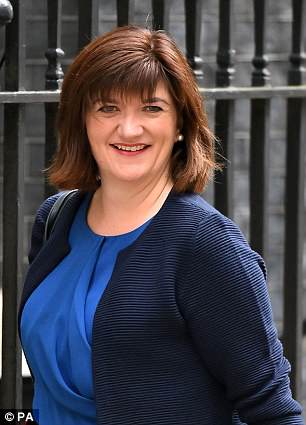 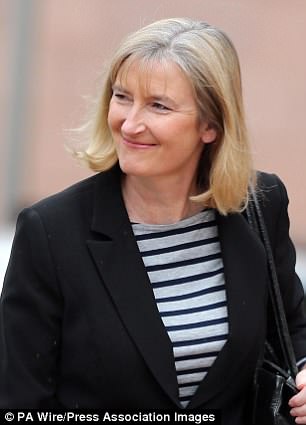 The motion spells out the Remain campaign’s belief that a customs union with the EU is the only way to protect existing UK-EU trade and keep open the Irish border.

Mrs May has insisted Britain will leave the EU’s customs union after Brexit to ensure it can sign trade deals with the rest of the world. Brexiteers insist any customs union would tie ministers’ hands in future.

Next week’s vote would not be binding on the Government were it successful but would add huge political pressure.

The PM must get a Customs and Trade Bill through Parliament before next March.