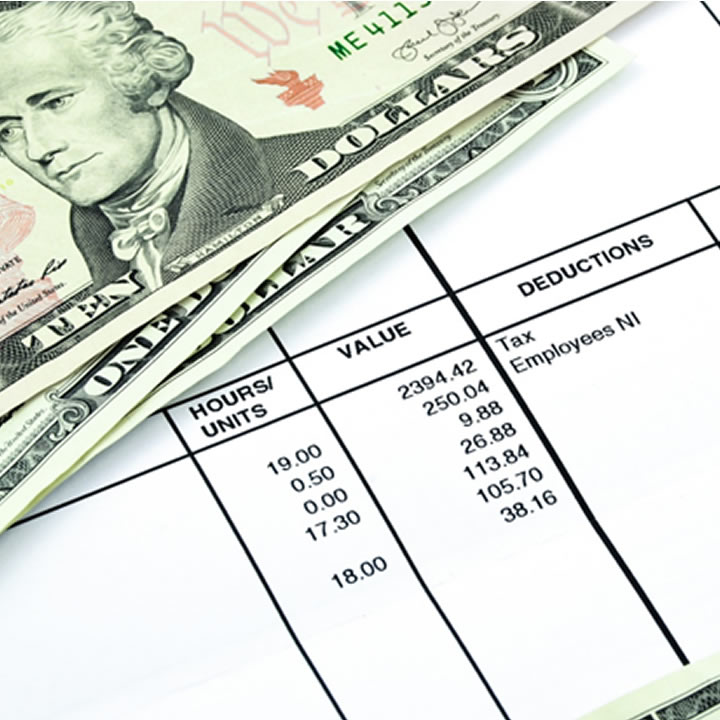 It is important to be able to distinguish between real and fake pay stubs. You can check out our guide right here to learn more.

Are you wondering whether or not the pay stub that you have in your hand is real or not?

Whatever the situation, fake pay stubs are illegal and should be taken as a serious crime. If found guilty, the creator could owe hefty fees or even serve jail time. Seel below for ways to identify fake pay stubs to see if you’re a victim.

Things like your overall pay and annual salary are hardly ever rounded out to the nearest dollar when they’re divided among weeks and months.

Even if they are, the percentages on an employee’s deductions would make it nearly impossible for there to be a rounded number. Therefore, if you see more than one number that’s rounded to the nearest dollar on a pay stub, it should raise a red flag.

Often times, those that make a fake pay stub are in a rush to do so. They need it for things such as applying for a car loan or renting an apartment. Therefore, they make up the numbers as quickly as possible.

In order to conserve time, they’ll round the dollars so that it’s less hassle for them to double-check the math on things like their “pay stub’s” year-to-date section.

Make no mistake, if you’re trying to catch someone that’s made a fake pay stub, they won’t make it easy on you.

If suspicious, many people will merely Google the company that is listed on the pay stub. If the address and phone number that they find matches what’s on the “pay stub”, they’ll shrug their shoulders and move on.

However, anyone can look up the name, number, and address of a company these days. If you believe the pay stub to be fake, you need to take a deeper dive by contacting the company directly.

If they actually work for the company, then their employer will be happy to verify the pay stub’s information to ensure it’s accurate.

Some people, such as freelance workers, have to generate their own pay stubs. If that’s you, then be sure to use this fake pay stub template to get started.

As previously mentioned, many people that create a fake pay stub don’t have much time to make one. Because of that, they merely gloss over the information and try to make it as believable as possible.

However, rarely ever will they take the time through reading through some very specific details and ensure that they match.

Try to cross-reference things like their personal name, social security number, and address together and see if they match. Then look at the information of their employer as well.

If the employer’s address is over fifty miles or so from their personal address, it’s at least fair to raise your eyebrow at.

Lastly, take a detailed look at the deductions that their pay stub lists. There might be spaces they forgot to fill in or common deductions (such as Medicare, health insurance, or social security) that they didn’t bother listing.

If you raise your eyebrow at the pay stub as soon as they hand it to you, it might be due to the poor quality of the pay stub itself.

Granted, some companies don’t care about the layout of their pay stub and whether it looks professional or not. So it’s not safe to assume the pay stub is a fraud simply by the lack of organization.

However, generally, the people that generate an employee’s pay stub (such as HR reps or accountants) take great pride in making it look professional.

Is the print in high quality? Is the logo’s image of poor quality? Does the overall template look fuzzy? Are the different columns and rows of the pay stub sporadic?

Any of these could be a sign that you’ve got a fake pay stub on your hands. Be sure to proceed with caution.

Scammers are clever. If they’ve gone through the trouble of creating a fake pay stub, they’ll go at even greater lengths to cover their tracks. They’ll even ask friends to call you and act as an employer that can “verify” the pay stub information.

If you’re still not entirely convinced that you’re dealing with real pay stubs, be sure to ask for a bank statement. This way, they’re required to give you a statement that lines up with the date of the pay stub.

If the payment stub is legit, you’ll find a deposit to their account in the exact same amount. If not, then it’s safe to assume you’re dealing with fake paycheck stubs.

You can also double-check the numbers on the deductions, salary, overtime, etc. If the math doesn’t add up, consider it another sign you’re dealing with a fake.

Now that you’ve seen several ways to identify fake pay stubs, it’s time for you to use them to your advantage.

While you don’t want to accuse anyone of creating a fake, people will appreciate your thoroughness and comply. If they get defensive, it might be another sign they’ve made a fake pay stub.

Be sure to browse our website for more articles on pay stubs, as well as many other helpful topics!