Holidaymakers have hit out at Thomas Cook after they were left stranded in Florida when baggage handlers crashed a trolley into their plane.

The Thomas Cook flight to Manchester was due to depart Orlando on Saturday, but passengers spent four-and-a-half hours on the tarmac before being told to disembark and collect their bags.

Amanda Richards was travelling home to Cheshire with her husband Simon and son Oliver following a two-week holiday and were put up in the airport hotel while the aircraft was fixed.

But they claim they were unable to take their 16-month-old son out of the hotel, after his pram was returned to them missing a wheel. 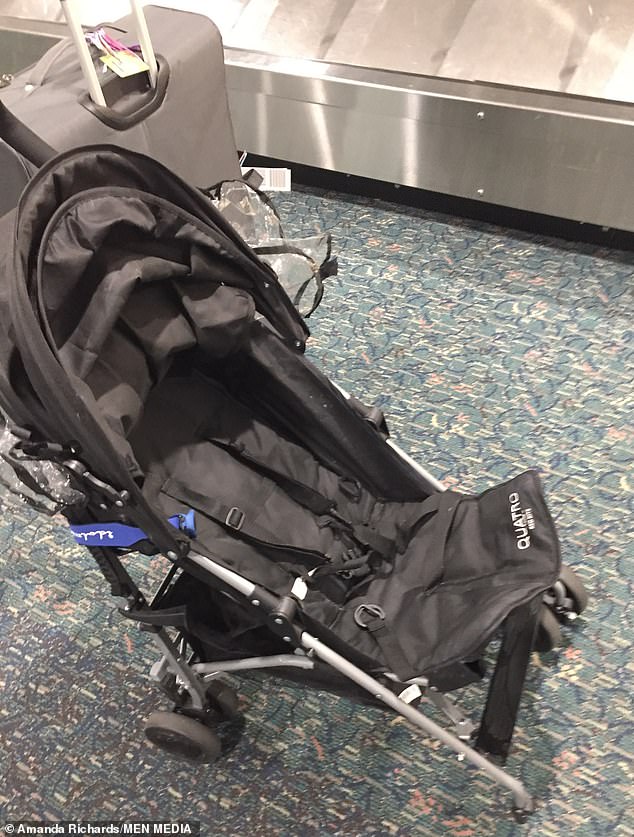 The Thomas Cook flight MT2753 was due to fly from Orlando International Airport to Manchester Airport at 4.35pm local time on Saturday.

But after a baggage cart his the plane, it was rescheduled to 8.30pm on Monday evening – some 52 hours later.

Mrs Richards, 29, claims she had to ‘chase’ the airline for updates and repeatedly ask for meal vouchers for her family.

Mrs Richards says their flight on Monday was not due to depart until 8.30pm, but they were only provided with breakfast that day.

On Sunday, she says they received breakfast and dinner but no lunch.

Mrs Richards said: ‘We had to ask repeatedly for the vouchers, it was a complete joke. The customer service desk was unstaffed until 1pm. 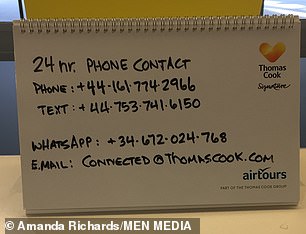 ‘We understand things happen, but there’s been no communication and it’s been really stressful, especially with a young baby.

‘We’ve not even been able to take him out of the airport because his pram came back to us with a wheel missing.

‘We contacted Thomas Cook about it but they said we will have to contact someone when we get back to Manchester.’

The family were then told they had to check out of the hotel by 1pm, despite the fact their flight was not for another seven hours.

She added: ‘What are we meant to do for all those hours with a baby and no pram? I’ve asked them this question and received no answer.’

Mrs Richards said the delay has impacted her family financially because she is a childminder, and before their holiday Simon gave up his job as a teacher to join her. 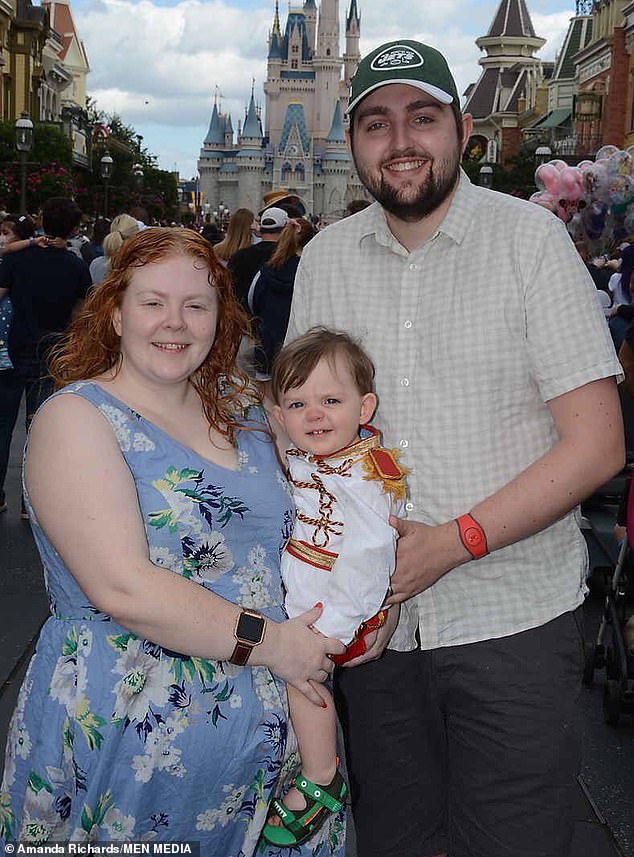 Mrs Richards said the delay has impacted her family financially because she is a childminder, and before their holiday Simon gave up his job as a teacher to join her

They have had to contact families telling them they’d have to find childcare elsewhere because they couldn’t get home.

The airline said that over the delay period, five SMS and emails were sent where they had customer details.

A representative from Thomas Cook said: ‘While baggage was being loaded, the aircraft was damaged.

‘Our experts immediately assessed the aircraft in view to getting our customers on their way as quickly as possible, however further investigation was required. All customers disembarked and were provided with local hotel accommodation and refreshments.

‘The safety of our customers and crew is always our first priority. The flight will bring customers back to Manchester tonight on a different aircraft at 8.30pm local time.’