A daily pill that blocks the production of cancer cells is set to transform the lives of thousands of NHS patients with the deadliest type of blood cancer, keeping the disease at bay for at least five years.

The drug will be offered to patients shortly after diagnosis, doubling the average time the cancer takes to return, according to stunning new results from British medical trials.

Once the disease does recur, those who take the pill see their life extended by an average of two years. Health chiefs’ recent approval of the pill, called lenalidomide, marks the end of a lengthy battle by charity Myeloma UK and specialists to get it green-lighted for patients newly diagnosed with myeloma, one of the deadliest forms of blood cancer.

Professor Graham Jackson, oncologist at Newcastle Hospitals Trust who has studied the drug, described the decision by regulator NICE as a massive step forward for treatment of the disease, which kills more than 3,000 Britons every year.

Precious time: Stephanie Evans, 44, with husband Mark. She was one of the first patients to be given lenalidomide after it was approved for people newly diagnosed with myeloma 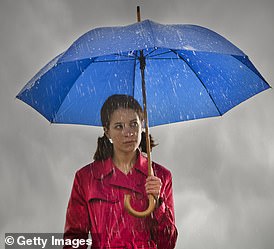 It might not literally rain cats and dogs – but it can rain fish. Every year in Honduras a shower of tiny fish – including sardines – fall from the sky.

People in the central American country have traditionally believed such incidents were a sign from the heavens, but there is a logical, scientific explanation.

The incidents follow a tornado, after fish on the surface of the water have been whipped up by the wind, pulled into the storm and launched high into the sky. As the speed of wind gradually decreases, the creatures begin to fall.

Roughly 5,700 people are diagnosed with myeloma each year. The condition, which causes malfunctioning white blood cells and can destroy the immune system, is incurable. Sufferers often have bleaker prognoses than those with the two other blood cancers – leukaemia and lymphoma. Only half of those diagnosed with myeloma will survive for five years.

The condition develops when plasma cells, a type of white blood cell vital for producing immune system antibodies, multiply uncontrollably. These cells crowd out healthy ones, resulting in the body’s ability to fight infection failing.

When diagnosed, most patients are given a combination of drugs, including potent chemotherapy.

More than a third of them – mostly younger or healthier older patients – will be deemed suitable for a stem cell transplant, formerly known as a bone marrow transplant.

If it’s successful, patients go into remission which means there is no detectable cancer in their blood.

Prolonging the disease-free stage before relapse is considered crucial for ultimate survival, says Dr Charlotte Pawlyn, haematologist at The Royal Marsden NHS Foundation Trust and Head of the Myeloma Biology team at the Institute of Cancer Research.

‘Once patients have relapsed, the cancer cells become resistant to some treatments and it can be harder to get the disease under control.’

Now, patients treated with a stem cell transplant and also those who do not qualify for one will be offered lenalidomide, keeping them in remission for longer.

The drug is what’s known as a targeted therapy – designed to work specifically on the unique make-up of myeloma cells. 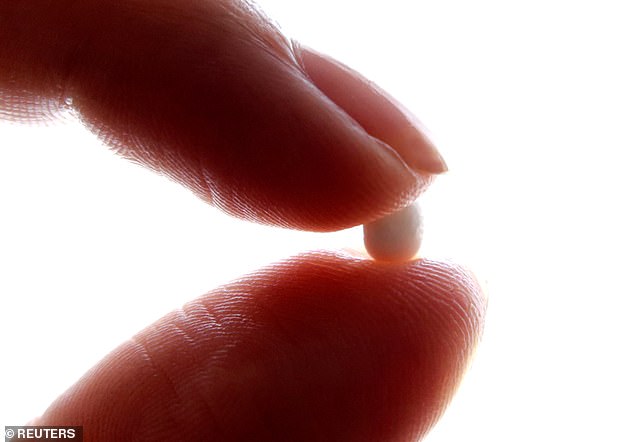 The daily pill will be offered to patients shortly after diagnosis, doubling the average time the cancer takes to return, according to new results from British medical trials (file photo)

Did you know that you’re at your tallest first thing in the morning?

During the day, when we’re standing or sitting, the pressure of gravity squeezes the cartilage between the joints and bones in the spine, making us appear slightly smaller. But at night, when we lie down, the tissue decompresses, adding volume between the vertebrae.

Studies show that the first time someone stands up in the morning, they are roughly 1cm taller than they were before bedtime the previous night.

Once in the bloodstream, it attacks proteins within the cancer cells that are crucial for its survival, so they die. This is different to chemotherapy – used commonly to treat blood cancer – which obliterates all white blood cells, including healthy ones, causing a slew of nasty side effects. Lenalidomide, however, has been linked to mild side effects such as nausea and a slight increased risk of infections.

Stephanie Evans, 44, from Bridgend, South Wales, was one of the first patients to be given lenalidomide after it was approved for people newly diagnosed with the disease. The mother-of-three, who works in insurance, was diagnosed with myeloma in September 2019. She had a stem cell transplant in July 2020 and began taking the drug in January this year.

‘She said: ‘Of course, I want to live until I’m 100. But it’s more about getting my boys to adulthood. Hopefully this will buy me more time before I relapse, and there’s always the possibility new treatments will come which could extend my life further.’

There is further hope on the horizon for newly diagnosed myeloma patients from another drug, carfilzomib. Researchers have found that giving it in combination with three other drugs before a transplant could delay the time it takes for the cancer to return.

In a trial funded by Cancer Research UK at multiple UK hospitals, including the Institute for Cancer Research in London, 65 per cent of patients given twice-weekly intravenous infusions of carfilzomib, as part of combination therapy, had not seen their cancer progress after three years.