Thousands of people attending New York’s Global Citizen festival Saturday panicked after a barrier fell in Central Park, and Coldplay frontman Chris Martin was left to reassure the audience everything was under control.

The incident caused many people to think a shooting had taken place at the event after a hearing a loud noise they couldn’t quite place and seeing attendees dash for the exit.

‘What happened is a barrier, I think, fell down. Of course it caused people to feel frightened and stuff like that. But nobody is trying to hurt anybody. You’re all safe okay?’ event curator, Martin, said with his hand on his heart, prompting loud cheers from the audience. 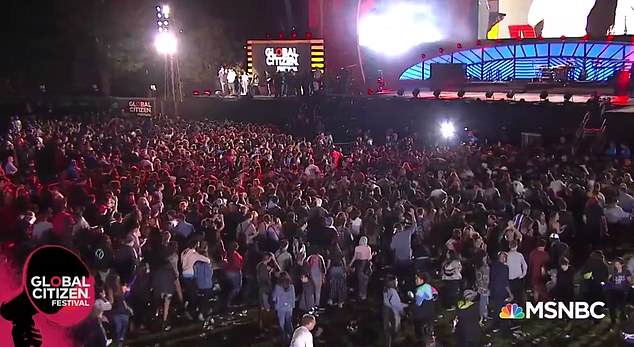 ‘A far as I know, when you guys are all ready we can watch Janet Jackson which we all probably want to do.’

‘There were NO SHOTS FIRED at #GlobalCitizenFestival. The sound was a fallen barrier. @NYPDCentralPark @GlblCtzn’ New York Police Department explained via Twitter.

It caused many people to speculate on Twitter where the concert was a trending topic.

Approximately 60,000 people filled the park’s Great Lawn as some speakers asked the audience to call their Congress members to react to this week’s Senate hearings for Supreme Court nominee Brett Kavanaugh at the politically-charged event.

‘You can hear a commotion in the audience and they just escorted the guests off the stage. What is going on,’ TV host Makho Ndlovu wrote.

She added that Cynthia Erivo was onstage singing and they just asked her to stop singing. 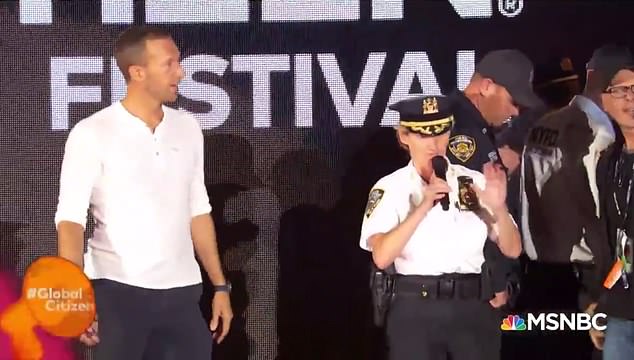 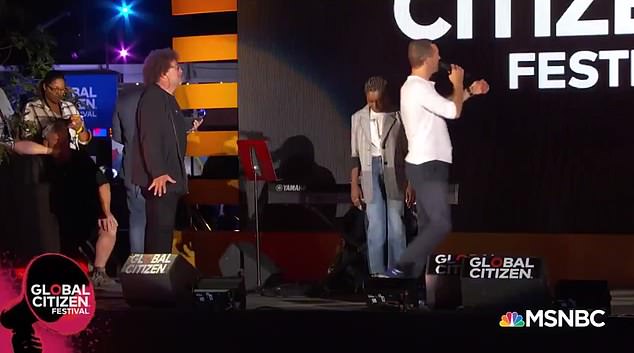 Commentators on MSNBC which was televising the gig, explained that the crowd dispersed when a spotlight beamed in their direction.

‘You can obviously see the spotlights turned on and people started running toward us at the MSNBC stage. Towards the exit … it was chaotic for a moment but things have calmed down now,’ the commentator said.

The kerfuffle lead to the TV station halting the airing until everything was straightened out.

One tweeter wrote: ‘WHAT JUST HAPPENED!? Fellow new yorkers fill me in!!! We saw screaming and running on tv & it cut to a commercial.’

Twitter users questioned what happened during the event as panic ensued 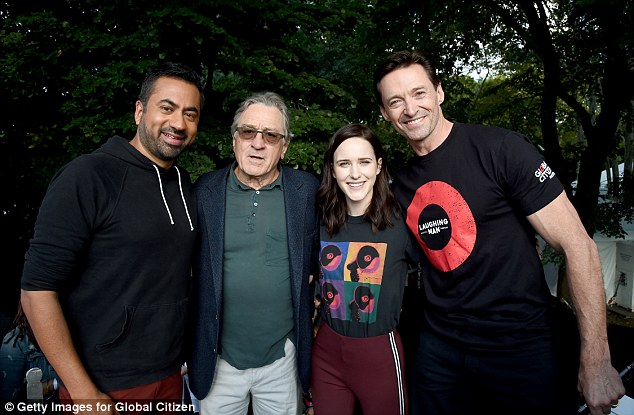 The show resumed by 8pm as the official Twitter page posted: ‘Stay calm, everyone. A barrier fell at the #GlobalCitizen Festival in Central Park, but the show is back on.’

Janet Jackson kicked things off again with her set and joined The Weeknd in headlining the festival.

Shawn Mendes, Cardi B, and Janelle Monáe also performed at the gathering.

It reminds world leaders to fulfill their obligation to achieve the United Nations Global Goals for Sustainable Development and end extreme poverty by 2030.