TikTok ‘tracked Android users online without allowing them to opt out’

TikTok found a loophole to access the data of Android users, collecting details about the habits of millions of people without their knowledge, it has been claimed.

The Chinese-owned social media app is under intense scrutiny over claims that it is used by Beijing to spy on users.

TikTok has said it doesn’t share data with the Chinese government and would not do so if asked, but Donald Trump is unconvinced, and is mulling banning the app in the United States.

On Tuesday the Wall Street Journal reported that TikTok had skirted privacy settings on Google Android phones, and tracked users of the app.

TikTok accessed Android users’ data until November, it has been reported

TikTok accessed what is known as a MAC address – a 12-digit ‘media access control,’ code.

The unique number is found in all internet-ready electronics, including mobile devices, and is desirable for advertisers because because it cannot be reset or altered. This allows app makers and third-party analytics firms to build profiles of consumer behavior that persist through any privacy measure, short of buying a new phone.

Apple blocked the access of iPhone MAC addresses in 2013, preventing third-party apps from reading the identifier.

Google did the same two years later in Android, but TikTok bypassed that restriction on Android by using a workaround that allows apps to get MAC addresses through a more circuitous route, the paper concluded.

TikTok stopped using the work-around in November, the WSJ found.

TikTok claimed earlier this year that they collected less data than Facebook and Google. 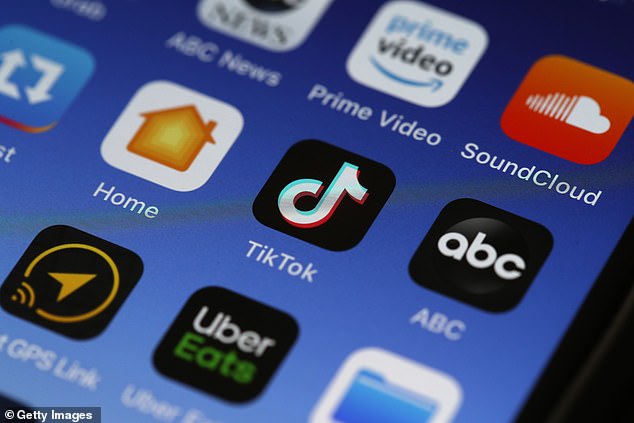 TikTok, owned by Beijing-based ByteDance, has since July been a concern for Donald Trump 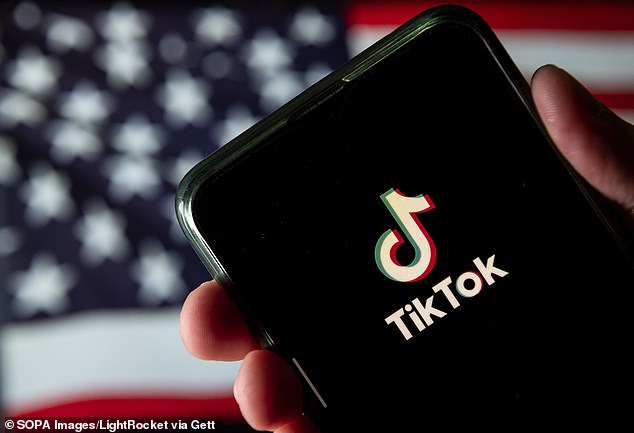 The company said they no longer accessed the information, and worked to protect privacy

In a statement, a spokesperson said the company is ‘committed to protecting the privacy and safety of the TikTok community.’

The spokesperson said: ‘Like our peers, we constantly update our app to keep up with evolving security challenges.’

Trump said on July 31 that he had decided to ban the app, which launched in the U.S. in 2018 and now has more than 100 million users in the United States.

‘As far as TikTok is concerned we’re banning them from the United States,’ Trump told reporters aboard Air Force One.

It was not clear whether he could, unilaterally, ban the app but he insisted he had the authority.

The Trump administration has publicly been threatening to ban TikTok since early July, citing concerns about the app’s ties to China and the foreign government’s access to user data and content moderation through its parent company, ByteDance.

Microsoft has expressed an interest in buying TikTok from ByteDance for $50 billion – a deal which Bill Gates, Microsoft founder, described as a ‘poison chalice’.

Trump has given Microsoft a September 15 deadline for purchasing the app, or else he says he will shut it down.

In 2019, it became the second-most downloaded app globally behind Whatsapp.