Britain’s best weightlifters are set to reap the benefits of a bright new future after Emily Campbell’s history-making silver medal in Tokyo on Monday.

Campbell was crowned Britain’s first female medallist in the sport after lifting 161kg in the clean-and-jerk to seal an improbable second place in the women’s +87kg category.

The 27-year-old had relied on donations from her community near Nottingham to fund her Olympic bid, while team-mate Zoe Smith took to crowdfunding and working in a cafe to generate enough income to continue training. 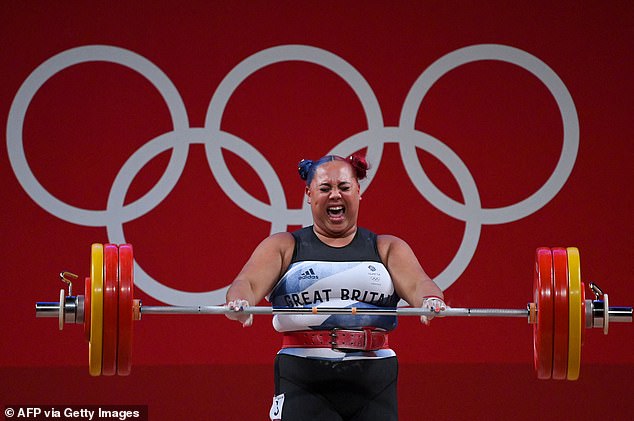 But having declared itself ‘shocked and devastated’ when the sport lost its UK Sport funding in the wake of the Rio Olympics in 2016, British Weightlifting chiefs now hope Campbell’s stunning example will win additional support for the three-year cycle to Paris 2024.

‘It’s hard to put into words how special it is for the sport, from losing funding four years ago to having someone like Emily fall into our laps,’ said British Weightlifting’s head of performance and Tokyo team leader Stu Martin.

‘Hopefully there will be some more funding now. We’ve had some support through the aspiration fund and we now have a great group of young girls with potential who are hopefully feeling incredibly inspired by what they’ve seen.’

Campbell’s silver medal-winning lift of 161kg in the clean-and-jerk set a new British record and confirmed her place on the podium behind Chinese 21-year-old Li Wenwen, whose cumulative total of 320kg set a new Olympic record and put her in an entirely different league. 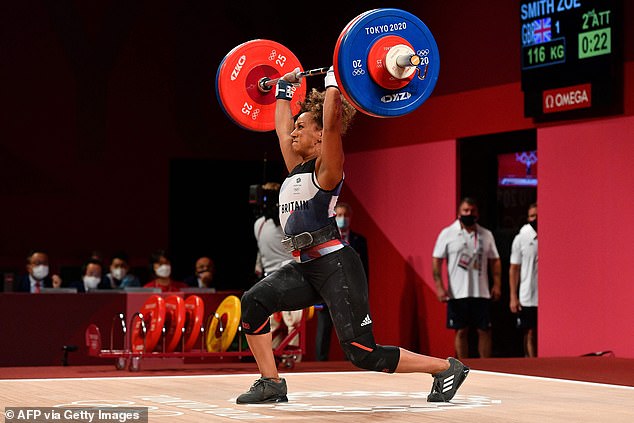 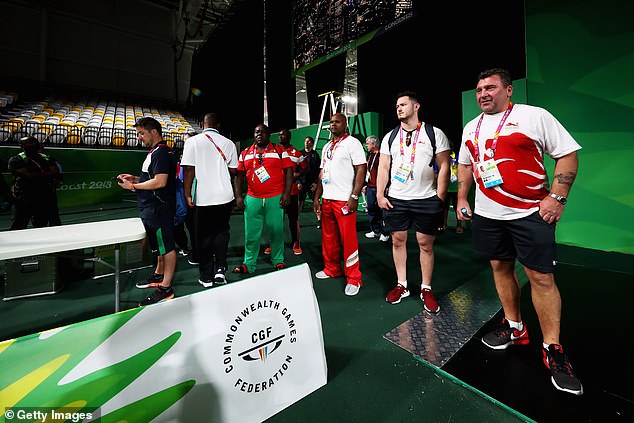 She sat fourth after the clean-and-jerk section of the competition but rose to the occasion magnificently, timing her entrance perfectly with a second lift of 156kg to guarantee a medal before the competition’s thrilling finale.

‘Every time you walk out there it’s immense pressure,’ said Campbell. ‘You need to get on the board, and you need to not get left behind. You have to focus and just execute that lift like you’re not at the Olympics.’

British Weightlifting will now nominate athletes, including Campbell, for extra funding from UK Sport, and their bid is certain to be looked upon more favourably after a successful cycle which saw a four-strong team of female athletes, including Smith, qualify for Tokyo. 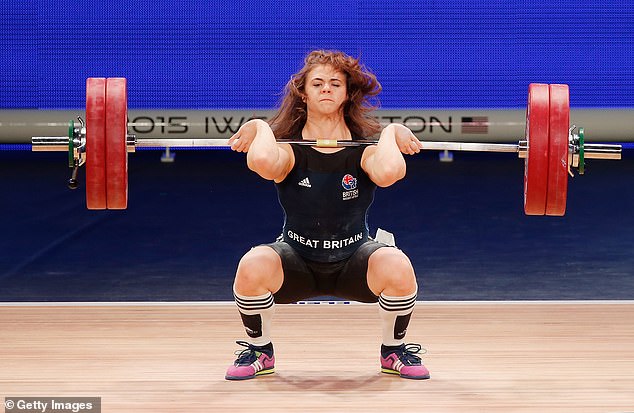 The blow of losing funding contributed to the decision by rising star Rebekah Tiler to quit the sport and move into powerlifting after appearing in Rio, and Martin hopes the success and personality of Campbell will help convince a new generation of weightlifting talent to persevere.

‘We’re making a really concerted effort at the moment to create more opportunities for young people to get engaged in our sport,’ added Martin.

‘I really hope that kids who are watching at home tonight can feel super-inspired by what they’re seeing, and they might pick up a barbell and give it a go.’