Tokyo Olympics: Greg Rutherford’s FOUR Team GB athletes to look out for at the Games this summer

After a year’s delay, the Tokyo Olympics are finally here and it’s time for fans to start putting up the posters of their Team GB heroes.

Great Britain are expected to be one of the top-five nations in Tokyo this summer but the famous faces competing in this summer’s Olympics have changed dramatically.

The likes of Mo Farah, Bradley Wiggins, Jessica Ennis-Hill and Nicola Adams are no longer competing, paving the way for a new set of British sport stars to lead the way in the Japanese capital this summer.

With many new faces expected to set our TV screens alight this summer, London 2012 long jump champion GREG RUTHERFORD, who will be working as a Team GB expert for Discovery and Eurosport out in Tokyo this summer, has told Sportsmail all about four faces to look out for… 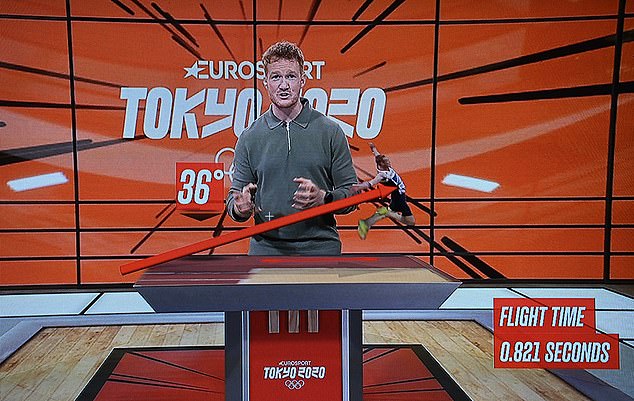 RUTHERFORD: Dina has the opportunity of winning three medals in Tokyo this summer: the 100m, the 200m and the relay.

What I love about Dina’s story is – while it makes me feel old – her involvement in London 2012 was as a kid carrying boxes for the athletes, and now she has the weight of a nation on her shoulders in the spotlight herself.

Jessica Ennis was in the same position going into London and there’s arguably more pressure because it was London. 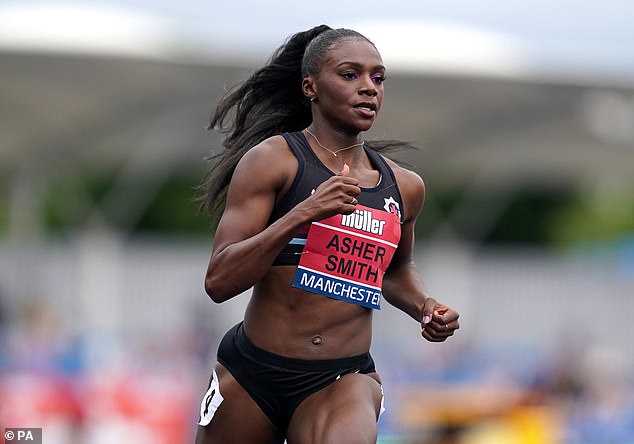 But athletics is a sport where I think Team GB will get very few gold medals, if I’m being totally honest, but Dina most certainly is our biggest hope for it. That is going to be incredibly special to see and what I love about Dina is her ability to cope with pressure is remarkable.

Remember, Dina is very experienced at success in front of little to no crowds at the 2019 World Championships in Doha, when she won the 200m gold and 100m silver, but all of the athletes have had to deal with that anyway in the past 18 months.

She pulled out of the last Diamond League meet in Gateshead and that’s absolutely fine, I did the same at Crystal Palace before London 2012 because I had a hamstring issue. I managed to win long jump that summer and so could she across her races. 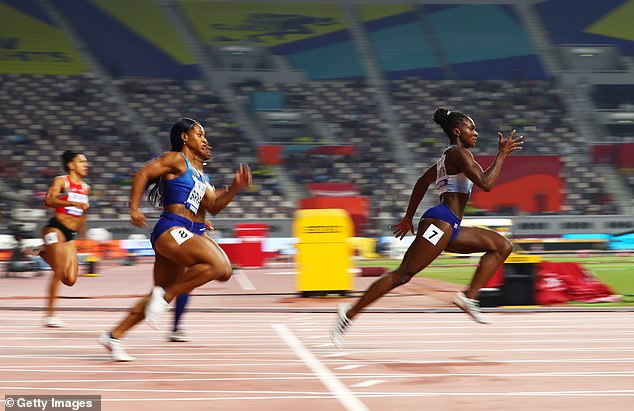 RUTHERFORD: Sky Brown is somebody who is utterly remarkable. She will be 13 during the Games. She’s going to be the youngest Team GB athlete ever and the second youngest of all time from any country. 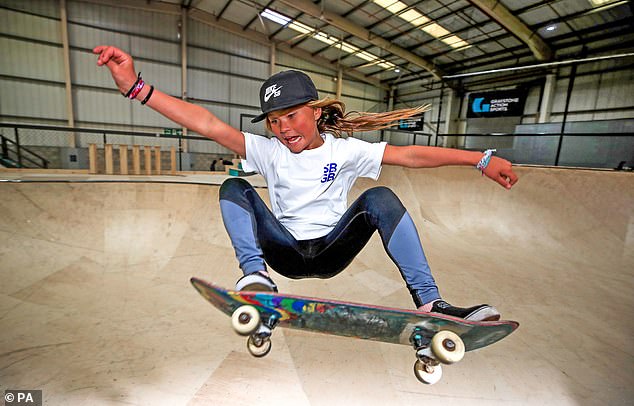 Sky is going to be in a sport that is new to the Games and it’s an incredibly exciting one too. I used to play Tony Hawk on the Playstation and loved it as a kid, I just love a bit of skateboarding!

What she has the opportunity to do is to really bring in a new audience on the extreme sport side of things. We’ve seen with the X Games and how massive they are, the Olympics are now attracting people from mountain biking and BMX too.

But skateboarding is something that people love to watch worldwide, especially some of the tricks they do. The fact we have a 13-year-old representing us in this category is mind-blowing.

Could you imagine what this must feel like to any young kid out there thinking about making the Olympics? To see a youngster do it suddenly makes it before believable – there’s a chance they can achieve something, even at a young age. 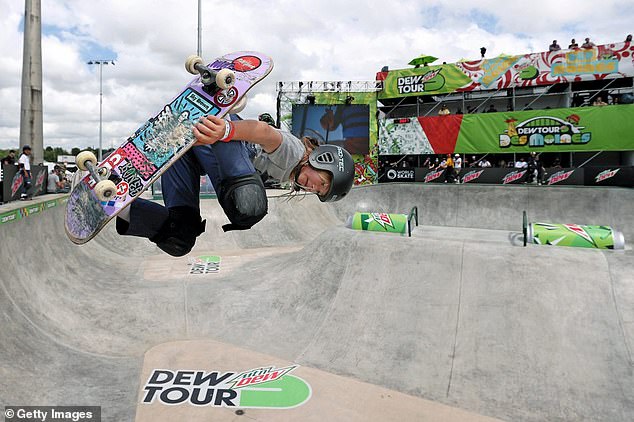 RUTHERFORD: This is a great story, again from the perspective of a new sport being added.

The Olympics will be Coxsey’s final ever climb. In the world of climbing she is a huge name, so this is a massive deal. To the rest of the Olympic and sporting world she is not well-known, but again she will attract a new audience. 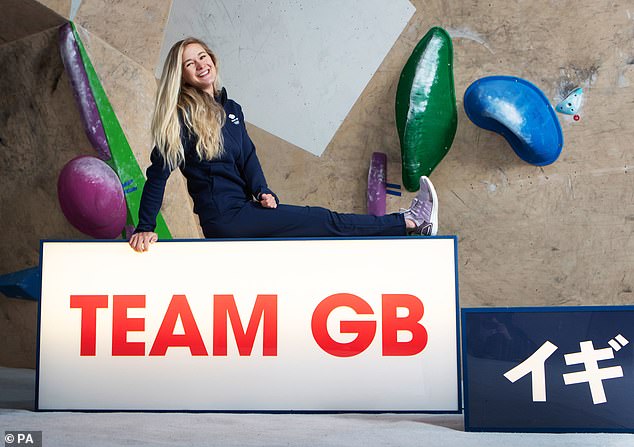 She is going to be showcasing what is a stupidly exciting sport, especially considering the speed they actually climb. It’s just unbelievable. Sport climbing is an incredible thing to watch.

You have somebody who is a fantastic athlete within her world of climbing and this is the last time she’s ever going to do it, while she’s also representing her country for the first ever time in the Olympics.

I spoke to Shauna a couple of weeks ago and she had a couple of injuries and she wasn’t where she wanted to be – but when you know it’s going to be your last ever shot at it, the adrenaline is going to be one hell of a drug inside her body. The amount it does in the Olympics is amazing. 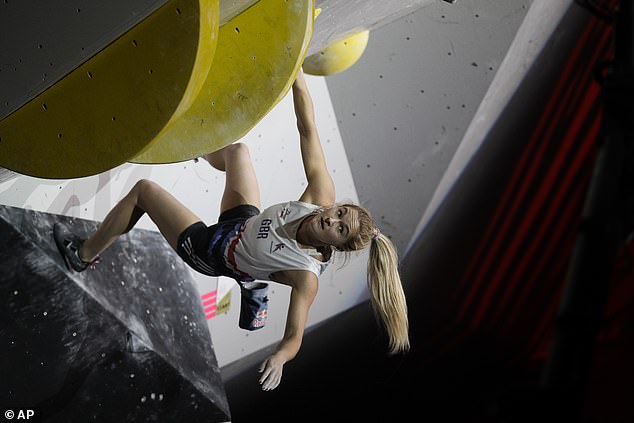 RUTHERFORD: I’ll be covering the swimming for Discovery and Eurosport and while Adam Peaty is a massive name, he has an opportunity to really blow the world apart this summer – like we all expect him to do.

He’s got the 20 fastest times in the history of the 100m breaststroke, it’s ridiculous isn’t it? 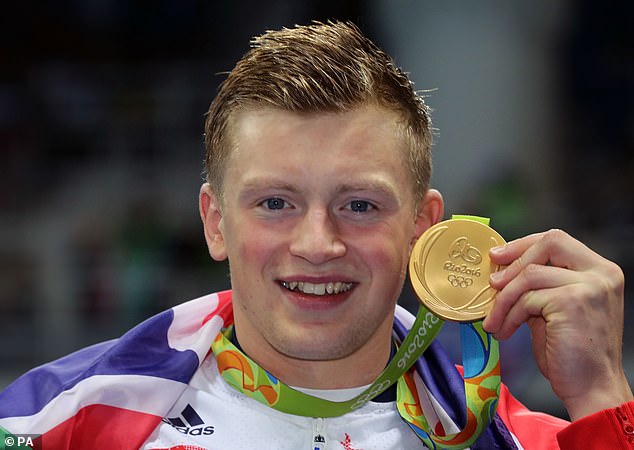 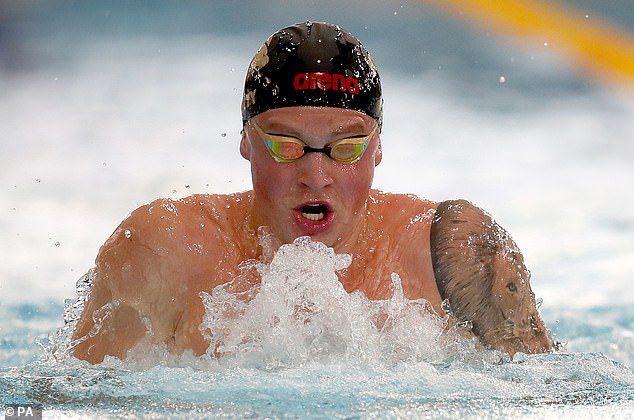 Peaty, 26, already has the 20 fastest times in the history of the 100-metre breaststroke race

He is so unbelievably talented, I don’t think he gets the plaudits that he should do because he’s such a remarkable athlete.

What’s lovely about this story as well is that he’s just had a child. I lived all of those emotions as an athlete too.

I remember when Milo was born and I went into the 2015 World Championships and I felt winning became easier – because I had another reason to do it. So I am sure we will see that with him.

Stream every unmissable moment of Olympic Games Tokyo 2020 live on discovery+, The Streaming Home of the Olympics.