Echevarria, who had led for nearly the entire competition, was the favourite before Tentoglou’s late intervention.

Although the Greek jumped 8.41 metres – the same as Echevarria – he won on the ‘countback’ rule. 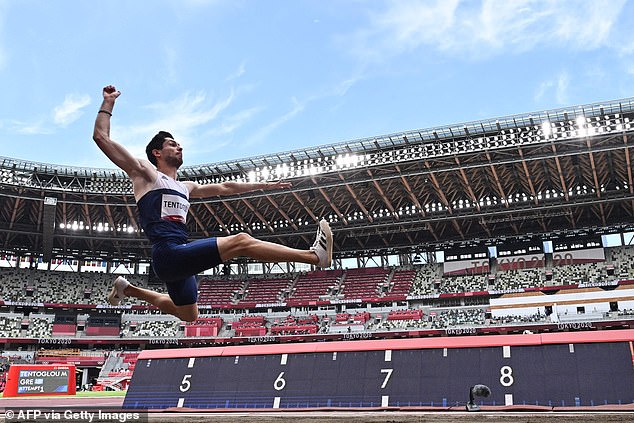 The Greek (pictured above) snatched the gold with a dramatic last-ditch jump of 8.41metres

The Cuban, 22, had the chance to outdo Tentoglou with his final jump but was clearly struggling with what looked like a hamstring problem.

He tried in vain to soldier on but could not find any pace or rhythm and slowed down, pain etched indelibly across his face as he realised his Olympic dream was over.

Echevarria then fell to his knees in frustration and pounded the track, before he was consoled by compatriot Maykel Messo, who took bronze, while Swede Thobias Montler could have challenged but his effort was marginally over the line.

The countback rule dictates that the athlete’s second-best jump is used to separate them if their best jumps are the same. 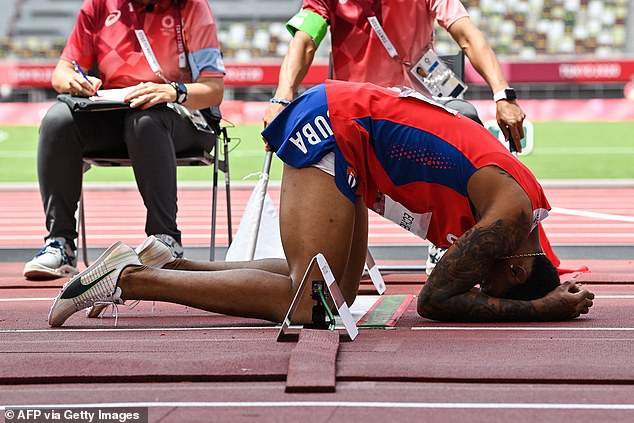 The favourite, Juan Miguel Echevarria, had been leading the competition for most of the event 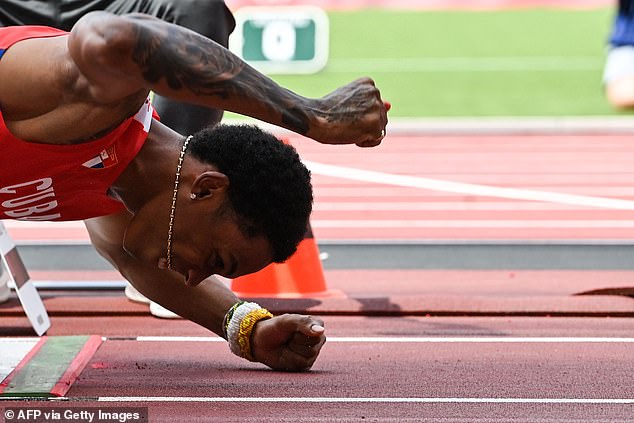 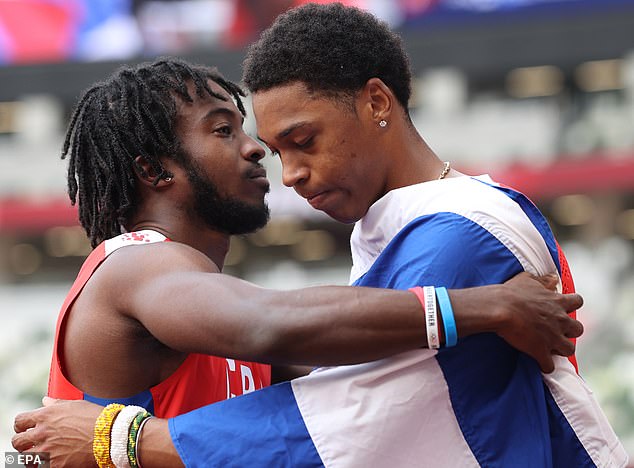 He was consoled by his compatriot Maykel Masso, who finished third and won a bronze medal 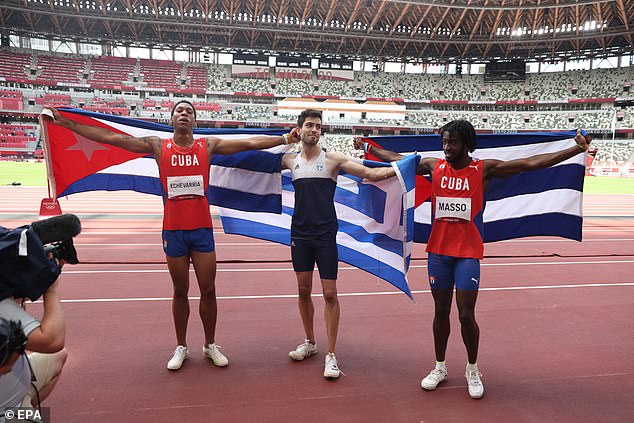 While the gold medal was shared in the high jump between Qatar’s Mutaz Essa Barshim and Italy’s Gianmarco Tamberi when they could not be separated, the rules are not exactly the same.

High jump also has countback – if either jumper had missed a single jump before the last group of three, they would have finished second – as both did not miss once, they could not be separated without a jump-off.

Long jump cannot result in a tie unless two athletes match each other with every single fair jump, with infinitesimally small odds of that ever happening.