Team GB has got talent. They knew it when they performed a variety show for kicks in the team hotel and they know it now after they opened their Olympic Games campaign with a comprehensive victory over Chile.

Debuts are never easy. A training camp held in a Covid environment is not the norm and neither is a match before no fans in a stifling Sapporo dome.

As captain Steph Houghton joked, smuggling a coffee into the camp has been an achievement on this most challenging of trips. 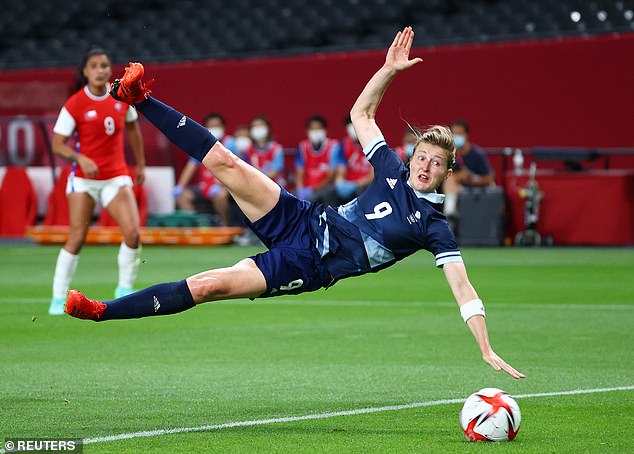 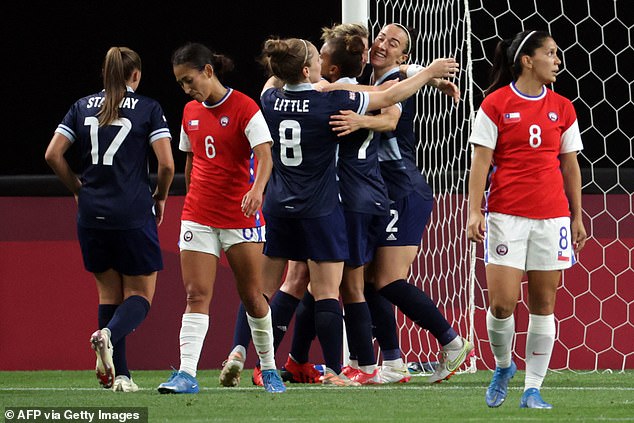 Team GB players join White to celebrate their second goal of the match in Sapporo, Japan 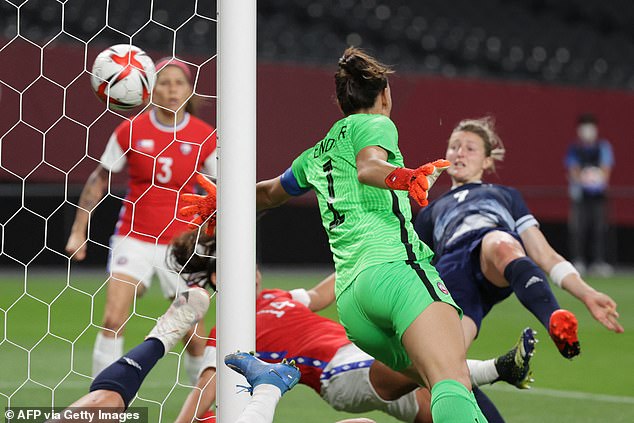 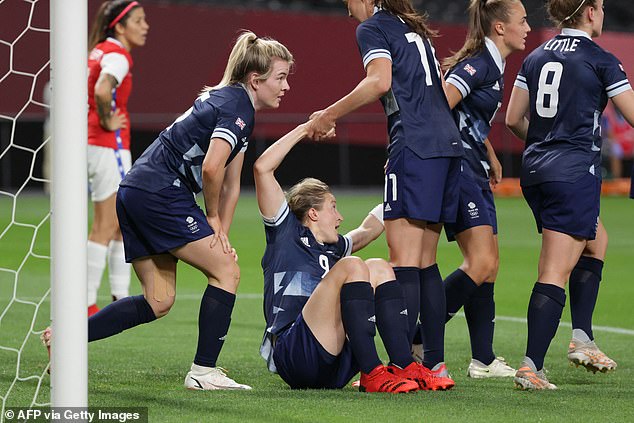 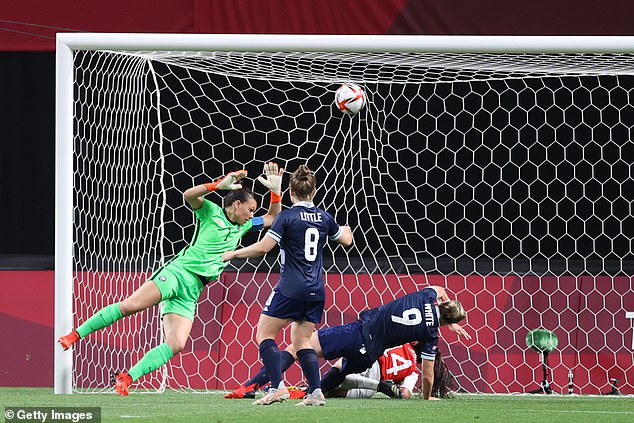 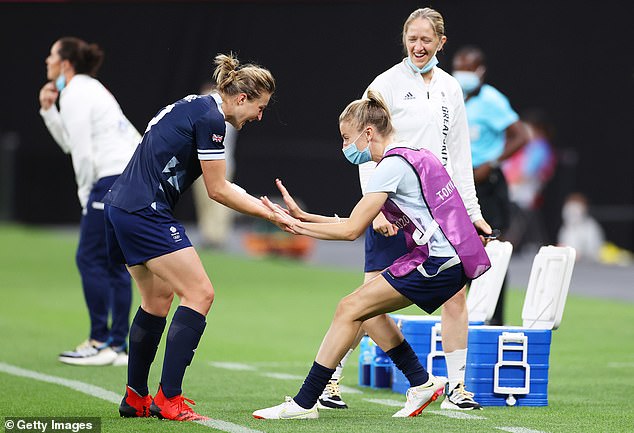 To underline the point, on a press call to preview this match, manager Hege Riise was unceremoniously moved out of a cafe by a member of staff while speaking to journalists.

But Riise, who herself won a gold medal with her native Norway in 2000, has high hopes for this group. And while they could have been more composed, more clinical, this was nothing other than a successful start.

A brace of smart finishes from the lethal Ellen White, one in either half, did the trick. In reality, a dominant performance should have resulted in a wider margin. 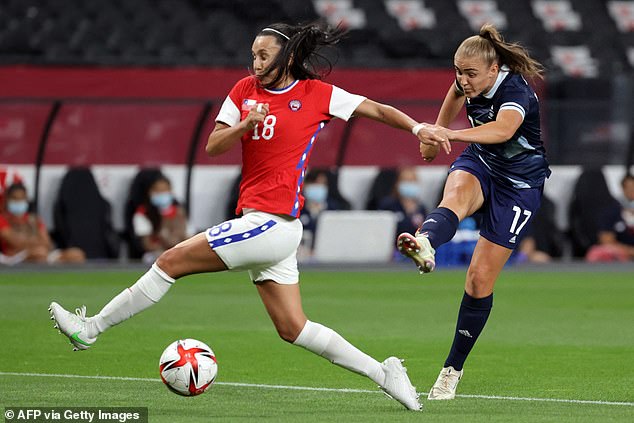 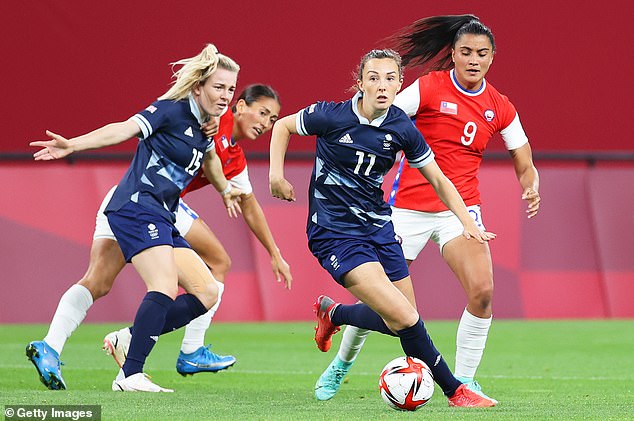 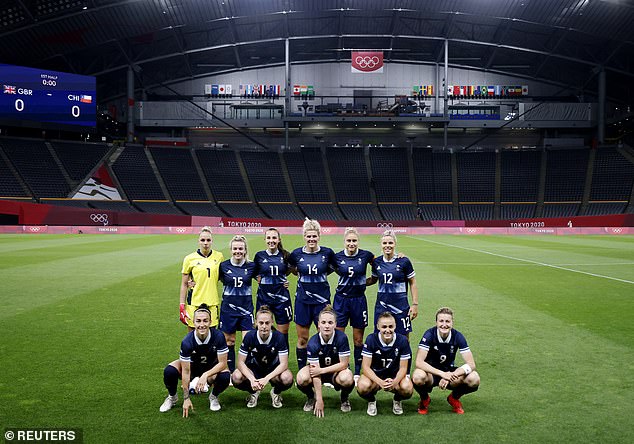 There was harmony from the start. Speculation had mounted over whether the non-English members of the team would sing the National Anthem ahead of the fixture, but each player gave a rousing rendition.

As expected, Team GB took the knee ahead of kick-off, and were quickly joined by their South American counterparts. The group announced their intention to do so last week, following the relaxation of Olympic rules around making symbolic gestures.

Riise had wanted her side to start on the front foot and they obliged, aggressively pressing and finding space for their speedsters out wide. On 10 minutes, they had the ball in the Chilean net but White was correctly adjudged offside when she tapped in from close range after Georgia Stanway’s effort was parried.

After 16 minutes, an inevitable first arrived. Lucy Bronze whipped in a dangerous cross, Lauren Hemp dominated her marker at the far post to guide it across the face of goal and Manchester City’s White fired home on the turn from close range.

This time there was no flag. The campaign was up and running. With Kim Little controlling midfield and the pacy Hemp causing issues on the left, winning five free-kicks, there was an element of assured control to the performance. 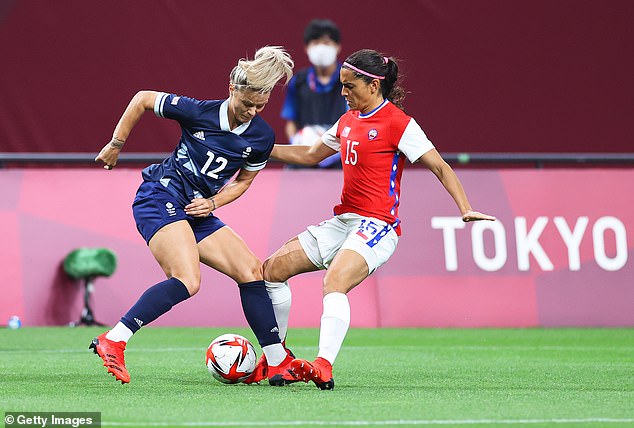 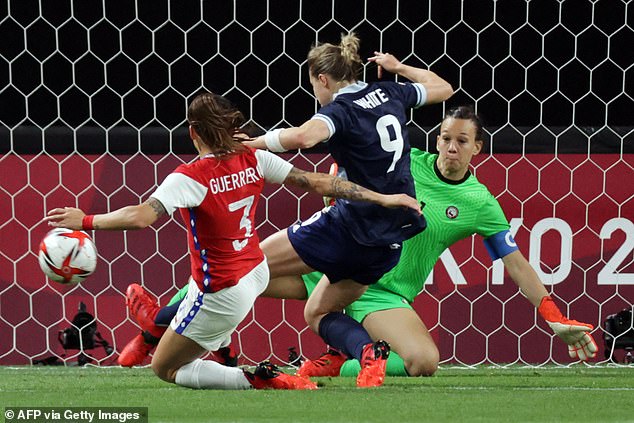 For all the dominance, however, chances were difficult to come by with a composed final ball as elusive as a decent decision from referee Salina Mukansanga, who offered Team GB little protection.

A similar pattern emerged following the break, with Team GB enjoying the vast majority of possession but unable to find an opening.

On 57 minutes they may well have had a penalty when White was clipped from behind while trying to score from a second rebound when Georgia Stanway’s long-range drive was palmed away. However, following a VAR check the striker was harshly given offside and the resulting corner turned into a Chilean free-kick. 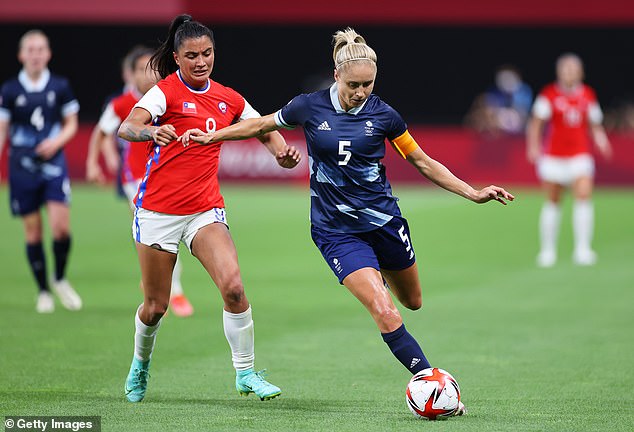 Frustration mounted. This was a game Team GB were expected to win against a team 31 places below England in the rankings. But two moments of brilliance put it to bed.

First, Bronze feigned to shoot and glided past a defender who may still be looking for her. She then dinked a cross over to White who, again on the half turn, managed to volley a clinical finish into the turf and beyond Christiane Endler, widely regarded as one of the best goalkeepers in the game.

A fine goal that deserved to be witnessed by more than an empty stadium. There are bigger challenges ahead. Much bigger challenges. But Riise’s side return to their Covid-safe environment tonight, the points safe and secure.