Tony and Cherie Blair donned a traditional sari and bandhgala as they attended the wedding reception of Akash Ambani – son of the 13th richest man in the world, Mukesh Ambani.

The wedding, held in Mumbai on Saturday, had a guest list of highly influential people including Google CEO Sundar Pichai and Coca-Cola CEO James Quincey.

Tony and Cherie Blair attended the wedding reception of billionaire heir, Akash Ambani, in Mumbai with Cherie wearing a sari and Tony donning a traditional bandhgala 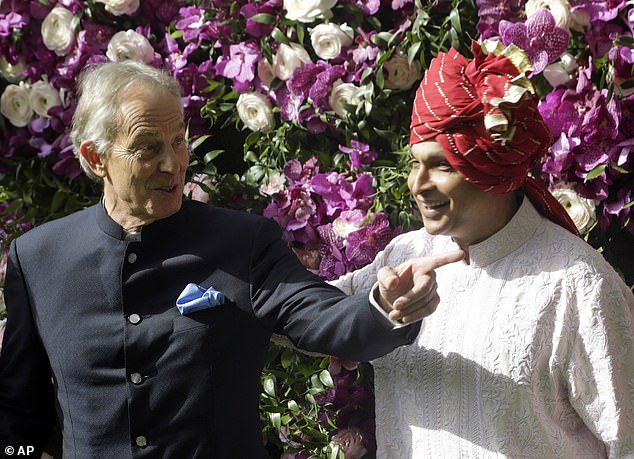 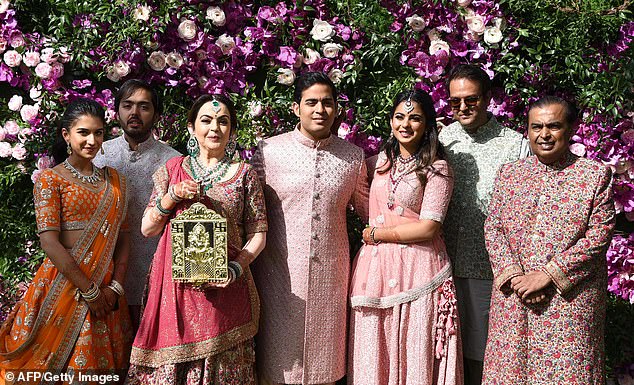 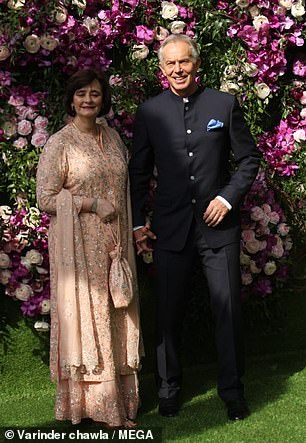 The Blairs attended the lavish event, which could have cost the Ambani family as much as £12million

Mukesh has an estimated net worth of £38billion because of his conglomerate company, Reliance, and is the 13th richest man in the world, according to Forbes.

He has also been the richest man in India for the past 10 years and spared no expense at his son’s wedding.

The last Ambani wedding was rumoured to have cost £12million so Akash’s pre-wedding party could have come to a similar total.

The pre-wedding party saw Coldplay, The Chainsmokers and Maroon 5 perform at an event in Switzerland.

And the cheapest room in the luxurious hotel that was booked for around 500 guests for the weekend in Switzerland was £1,100 a night. 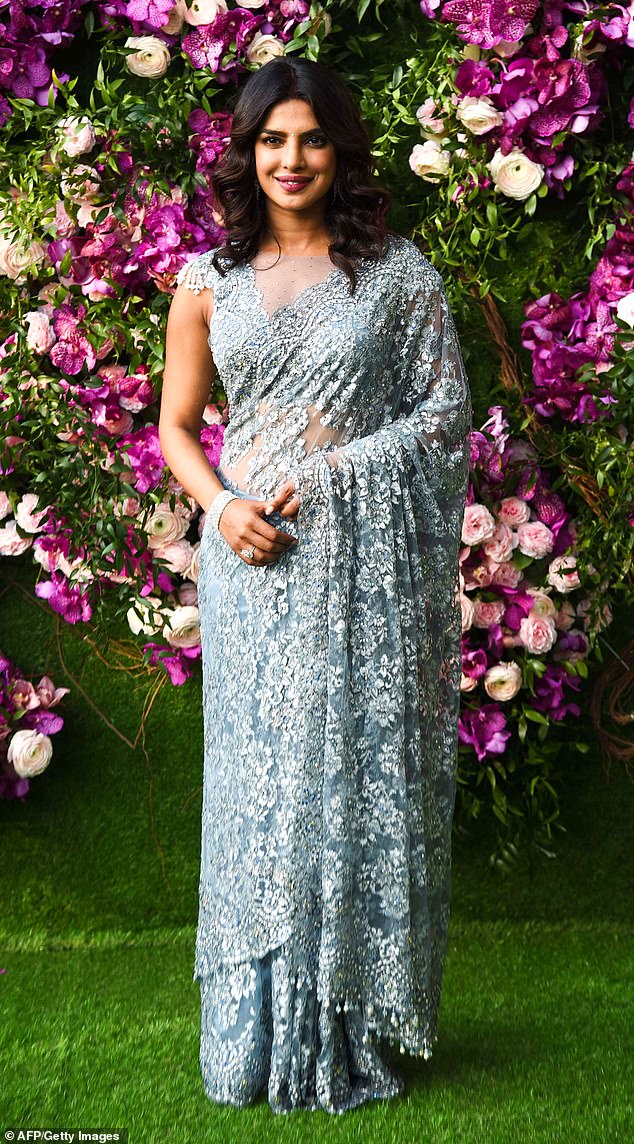 Priyanka Chopra joined her husband Nick Jonas, 26, and her family for billionaire heir Akash Ambani’s wedding in Mumbai on Saturday 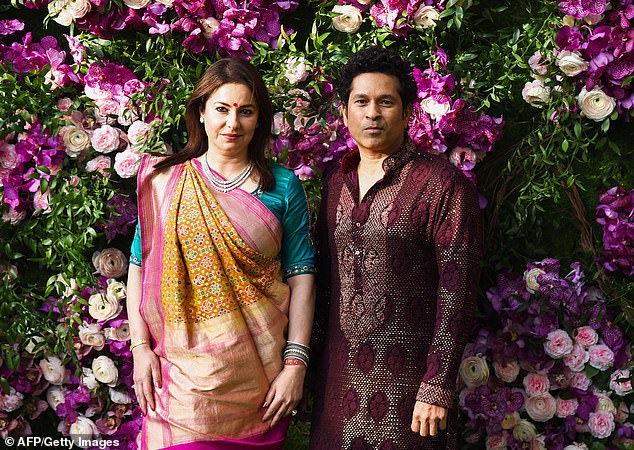 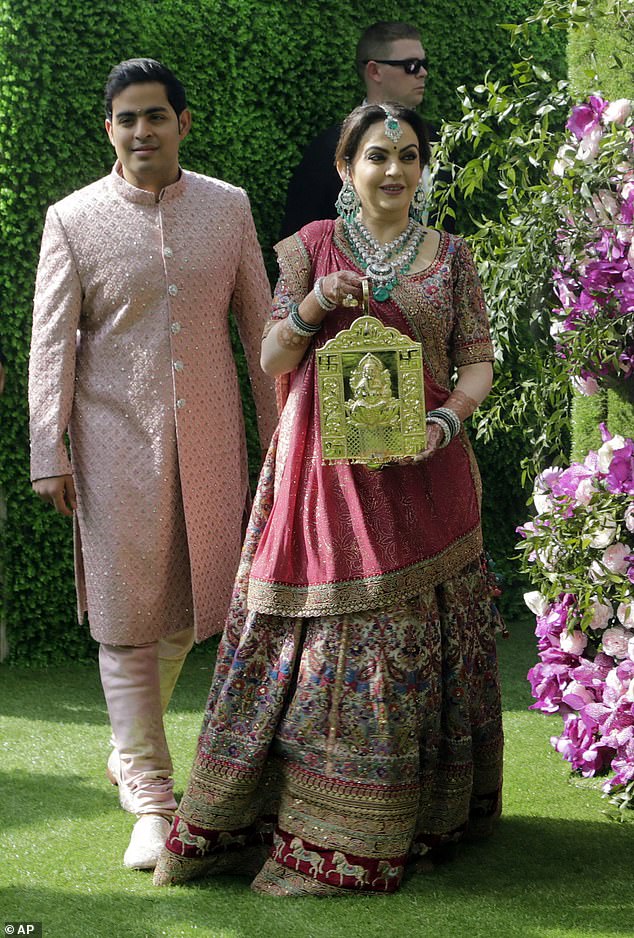 The nuptials drew a slew of Bollywood stars, including Priyanka Chopra, Sidharth Malhotra, Kareena Kapoor and Kiara Advani and the Blairs landed an invite to the reception held at five-star hotel Taj Lands End.

In 2015 Mukesh was appointed the first non-American on the board of directors at the Bank of America.

His home, the Antilia Building in Mumbai, is worth up to £768million.