‘You would be surprised at just who is homosexual in this industry’: FIFA’s only openly gay referee Igor Benevenuto believes 40% of footballers are gay or bisexual, but says ‘prejudice’ still exists

Brazilian FIFA official Igor Benevenuto believes up to as many 40 per cent of those involved in football are gay or bisexual.

The 41-year-old became the first FIFA-ranked referee in football history to come out as gay just last month.

Benevenuto, who is seen as one of the top referees in football, admitted at the time that he had been forced to hide his true self for more than 20 years in order to fit in with his peers in the sport.

He has now insisted homosexuality is far more widespread in football than previously thought – despite no serving top-flight male player in England coming out since Justin Fashanu in 1990.

‘Thirty to forty per cent of them are homosexual or bisexual, or have done something at one time with another man.

‘You would be surprised at just who is homosexual in this industry.’

The Brazilian had been on the list for a VAR role at the 2022 World Cup finals in Qatar, but was not chosen.

Benevenuto, who has been a referee for 24 years, said he has experienced prejudice in his home country.

He added: ‘In Brazil homosexuality is seen as an illness similar to alcoholism, which can be overcome. 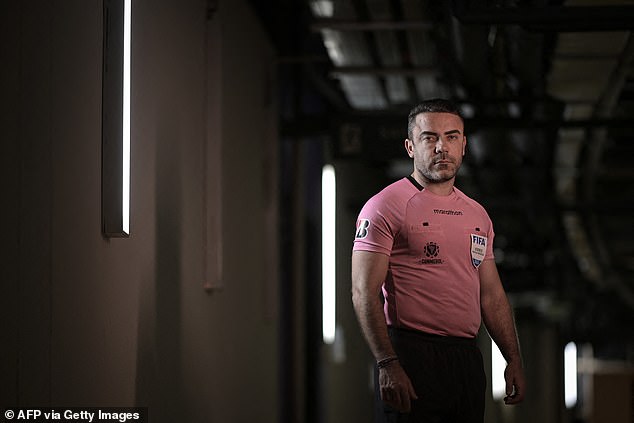 ‘I believed that for years. I suffered from depression and went through dark times.

‘I used to pray to God to free me from this illness. Sadly there is still prejudice.

‘I don’t expect the situation to completely alter during my lifetime.

‘But I can still be a drop in the ocean of change.’

Benevenuto announced that he is gay and expressed his joy that he is finally ready to be himself during a Globo Esporte podcast. 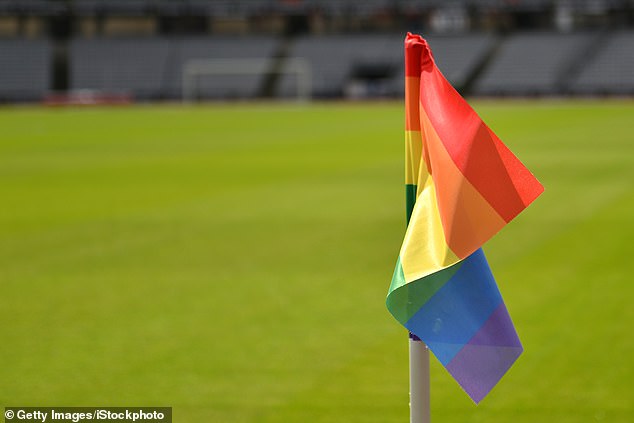 In a statement to Globo Esporte, FIFA said: ‘FIFA welcomes and supports referee Igor Benevenuto and his decision to come out.

‘As highlighted at other times, FIFA strongly believes that football is for everyone. And Igor striving to be true to himself is an important moment for football in Brazil and in other countries around the world.

‘We hope this decision will encourage others and inspire greater diversity and inclusion in the ‘beautiful game.’