Top personal loan rates and how to find the best deal

Banks are beginning to tighten the purse strings, but personal loan rates are still lingering at low levels.

This spells good news for borrowers who want to access funds for a car, home improvements or to clear debts and pay the money off steadily over time.

Loans can be notoriously difficult to navigate and a bit of a minefield if you are not equipped with the right information or are not the kind of borrower who will get the best advertised rate.

We highlight the best personal loans around below, complete with an explanation why, and explain how to go about getting the best deal for you.

New car? Many people take out a loan to cover the initial cost

When making our pick of the loans around we don’t just take the best rates from the comparison tables – we also scour the market for all-around winners.

However, you can also investigate the best loan for you personally using our deal finder, linked below. This is a highly-recommended course of action.

Powered by our partner Moneysupermarket it offers a smart loan search – helping you to compare all the top deals that match your needs.

Are you trying to cut existing credit card debt?

If you plan to take on a loan, make sure you’re up to scratch on the laws.

Since 1 February 2011, partial overpayments are allowed on loans taken after this date.

Banks may charge you, but this is limited to a maximum of 1 per cent of the amount repaid (if the loan is for more than a year) or 0.5 per cent (if under a year).

Loan providers must allow you to pay off your loan in an early repayment. This is subject to a penalty which is usually one or two months interest.

If so, a loan probably won’t be the absolute cheapest option for you – as long as you do not have a large amount of debt and can try to clear it relatively quickly.

The whole point of balance transfer deals on credit cards are to shift card debts to them at a special cheap rate.

These rates will almost certainly be cheaper than loans for less than £1,000.

And for larger amounts they can still prove more cost effective.

Providing you can transfer to a credit card, and will definitely pay it off before the 0 per cent deal ends, a balance transfer can prove the cheapest option.

If you can’t, you would need to make sure you transfer your balance to another 0 per cent deal, or you will face high interest charges.

If you don’t have the financial firepower or discipline to clear the debt within a 0 per cent balance transfer period then a loan may be the best move. It sets monthly payments and as long as you keep up with them over the course of the loan, you will end up with that debt cleared.

> Use our guide to find the best 0 per cent transfer credit card for you.

Remember: Terms and conditions apply on all these loans, particularly on how long you borrow for, and rates you are offered will vary depending on your credit history

Ikano Bank sits next in the tables at 7.7 per cent when you clear the balance in between one and five years.

Hitachi Personal Finance offer the next cheapest deal at 9.5 per cent on the same bracket. It offers repayment windows of between two and five years.

The lowest rate currently available on this bracket is offered by Clydesdale Bank at 3.4 per cent on amounts between £5,000 and £7,499 lasting up to five years.

Next are Hitachi Personal Finance and peer-to-peer lender Zopa charging slightly more at 3.5 per cent, you can repay over a two to five year term.

M&S Bank comes in third, charging a rate of 3.6 per cent but it also has the benefit of loan terms of up to seven years. M&S offers the rate on a term of up to seven years – the longest available. Both Clydesdale and Yorkshire offer up to five years.

Sainsbury’s Bank also has a rate of 3.6 per cent over three years to anyone with a Nectar loyalty card.

If you need longer to repay (up to five years) or don’t hold a loyalty card you will be offered a rate of 4.1 per cent.

Lenders typically offer the best rates to those borrowing between £7,500 and £15,000 as this is the bracket most banks typically advertise.

Sainsbury’s Bank offers the lowest rate across the whole market, charging 2.8 per cent on amounts between £7,500 and £15,000. But to get the rate you must commit to repaying within three years and have a Nectar loyalty card.

There are slightly different rates according to how long you repay and whether you have a Nectar card.

Santander-owned Cahoot offers the same rate on up to five years on a more generous £20,000.

M&S Bank charges the next cheapest rate on up to £15,000 at 2.9 per cent, plus it gives a repayment window of up to seven years.

Zopa, John Lewis Finance and both Clydesdale and Yorkshire Banks also sit at 2.9 per cent (up to £15,000) repaid over one to five years.

Loans Of The Week | Daily Mail

Use your loyalty to get a better rate

Savvy borrowers with a Nationwide current account or those with a Sainsbury’s Nectar loyalty card can take advantage of existing customer deals and price guarantees to bag themselves even lower interest.

Remember, taking advantage of either the Nationwide or Sainsbury’s Bank price promise will require applying for multiple loans at the same time, which can leave a mark on your credit file and make it harder to be accepted in the future.

Nationwide Building Society guaranteed to its current account customers that it would undercut any personal loan offered to them by 0.5 percentage points.

This mean borrowers who bank with Nationwide could bag themselves a rate closer to 2 per cent using the market-leading deals.

Do you have a Sainsbury’s loyalty card? 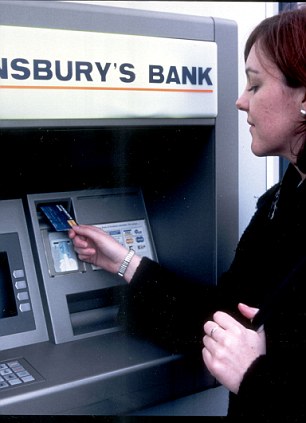 Exclusive deal: cut your interest rate by taking out a free Nectar Card

Those with a free Sainsbury’s Nectar card can apply for a rate of 2.8 per cent on amounts between £7,500 and £15,000 when repaying over one to three years.

This loyalty-rate is 0.9 per cent lower than it offers to new customers.

Loans lasting over four or five years come with a higher interest rate of 3.8 per cent.

Although the process may seem a little long-winded for a reduction of 0.1 per cent, it could be worth signing up to the free loyalty scheme before you apply for a Sainsbury’s loan as savings will add up over time.

Nectar card holders must simply swipe it in store or use it online within six months of applying for the loan, to qualify for the deal.

As an added bonus, Sainsbury’s Bank has included a price promise which states if you can get a better deal elsewhere, it will beat it by 0.1 per cent.

To qualify, successful applicants must provide a written offer from the other lender in the same name as the loan offered by Sainsbury’s within 28 days of the Sainsbury’s Standard Loan being approved.

You must not have accepted the standard loan offer by signing and returning the Sainsbury’s Loan agreement.

The loans must be compared on a like-for-like basis, based on features such as, but not limited to, length of loan, fixed loan amount and repayment structure (including interest and set up fees – if any).

However, bear in mind that multiple credit searches impact your credit footprint – if you do sign up to this deal you will have effective applied for two loans.

The offer may be higher depending on your personal circumstances, credit assessment procedures and other related factors.

If you need to take out a loan for more than £15,000 there are several options.

First Direct 1st Account customers can grab a rate of 3.3 per cent on up to £30,000 over a repayment term of up to seven years.

Anyone with a Tesco Clubcard can take out a loan of between £15,001 and £25,000 for 3 per cent repaying over a term lasting up to five years. You can get the same loan for 3.1 per cent over six or seven years, the rate jumps to 5.3 per cent for eight, nine or ten year terms.

HSBC-owned bank, First Direct, charges a headline rate of 6.7 per cent on amounts between £30,000 and £50,000 with repayment terms of between 12 and 84 months. The loan is only available to customers with a First Account.

Sainsbury’s Bank offers up to £40,000 with a rate of 7.6 per cent for someone needing three years to repay.

ARE YOU ELIGIBLE FOR AN INTEREST-FREE SOCIAL SECURITY LOAN?

If you don’t have any personal savings, before going for commercial debt it’s worth seeing if there are any loans available from the government’s social fund available to you.

The first are crisis loans, which are for emergencies or disasters – basically anything that endangers your house or family.

The next type are budgeting loans, which are interest-free loans for those receiving benefits. The minimum you can borrow is £100 and it can be used to spend on things like school uniforms or furnishings.

Find out what monthly payments would be on a loan and the total cost over its lifetime, where interest is charged monthly.