A trampoline park safety video that warns children they risk ‘instant death’ if they break the rules has left several children too scared to go back.

The video shown to youngsters before they can start jumping at Total Adrenaline in Tameside, Greater Manchester uses graphics of tombstones with the words ‘RIP’ written on them and warns of broken bones and paralysis.

But mothers of children who use the centre say the clip is ‘too much’ for them, leaving them too afraid to set foot on another trampoline.

Sarah Atkinson’s son Reuben, seven, now refuses to go on the trampolines because of it.

She said: ‘He was so excited the first time we went, but after watching that he completely changed his mind and would only play in the pit thing with foam shapes in at the side.

‘He’s been back since and still won’t go on, although he loves trampolines at fairs and other places.

‘I’ve tried telling him it’s no more dangerous than other trampolines he’s been on but he’s having none of it.

‘I think it was the visual with all the stick men that bothered him the most, seeing all their stick arms and legs snapping all over the show.

‘I’m sure they could drive the safety message home without scaring them witless in the process.’

The video had the same effect on Amy Fletcher’s six-year-old son Finlay. 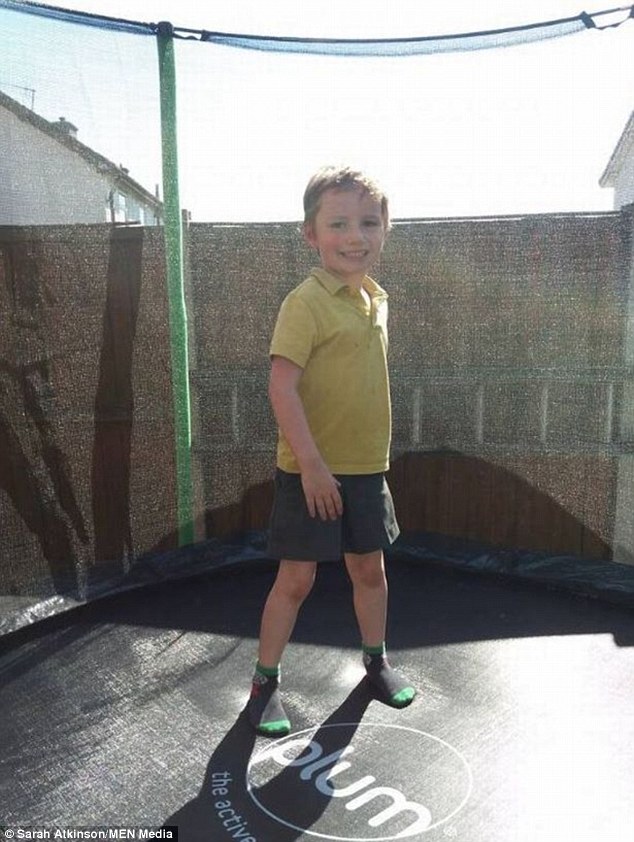 Sarah Atkinson’s son Reuben (pictured), seven, now refuses to go on the trampolines because of it

She said: ‘He burst in to tears and said he didn’t want to die. I thought there was no need for the children to see that.

‘It’s the parents’ responsibility to watch their kiddies. I think it’s totally over the top and stops just pure fun.’

Nicola Kenny first raised the issue with other mothers in a private Facebook group after the video frightened her child.

She said she voiced her concerns to staff at the centre, which is based in Mottram in Longdendale, but got no response.

Nicola said: ‘I completely get the need to get across the health and safety points etc. But bearing in mind that their audience is for four plus, I just think it’s inappropriate.

‘Recently, they have added ‘screaming’ sound effects in the background every time it mentions injury and death. I found it disturbing – never mind a four-year-old.’

Bosses at the venue, which is run by the not for profit company Active Tameside, said they were disappointed to hear that any child had been upset by the video and would be happy to speak to them one-to-one to help allay any fears.

Operations director Reg Patel said that before the place opened at the end of 2016, they decided they needed to take a ‘belt and braces approach’ to safety and used a video created by the International Association of Trampoline Parks (IATP), but added their own branding.

He said: ‘We recognise it’s a bit strong with some of the sounds but we need to get the message across that it can be a dangerous environment if they’re not careful. 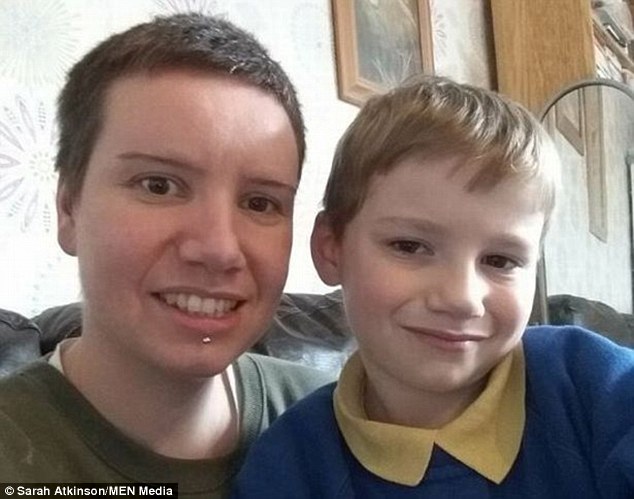 Too much: Sarah Atkinson (pictured left) says her son Reuben (right) is too afraid to jump

‘We want to bring them in with the right mentality and attitude. We’re not trying to take the fun away but there’s no fun spending time in A&E.

‘In the past we have had some people saying it was a bit hard hitting but then they have come back afterwards and said they recognise our good safety management compared with some other places.’

He added: ‘We want people to come and exercise and have a great time, but we want to make sure they go home safely.’

A spokesman for the IATP said they had not received any other complaints from places using the video.

She said: ‘Guest safety is a top priority for the International Association of Trampoline Parks (IATP).

‘As with any physical activity there are inherent risks, and the IATP Patron Education Video was designed to teach jumpers how to jump responsibly with optimal safety in mind at all times.

‘The video, while some might view it as scary, needs to clearly depict what could happen if jumpers choose to act irresponsibly, or opt to disregard rules and regulations set-forth by a trampoline park.’