‘It’s one of the best I’ve scored in my career’: Harry Kane delighted with incredible halfway-line strike and compares it to past David Beckham and Wayne Rooney efforts

Harry Kane described his stunning halfway-line strike as one of the finest of his life following Tottenham’s dramatic injury-time victory over Juventus.

The England man lobbed former Arsenal goalkeeper Wojciech Szczesny to send a 50,000-crowd wild at Singapore’s National Stadium and snatch a 3-2 victory for his team.

‘It’s one of the best I’ve scored in my career,’ Kane said. ‘It being in a friendly means it didn’t mean as much but in terms of the strike it was right up there.’ The 25-year-old, who came on at half-time of an entertaining clash, also credited Spurs’ coaching staff with giving him the idea.

‘To be fair there was a chance in the first half where Gianluigi Buffon was off his line and half the bench told Sonny (Heung-min) to shoot from inside his own half so it was in my mind from then and it was just one of them,’ he explained. ‘It’s the last minute of the game and you have got loads of defenders around you.’

He also hailed fellow sub Lucas Moura, who won the ball to set up his moment of brilliance. ‘Lucas did well to win it back and it just felt nicely,’ Kane added, ‘so I thought “why not have a try?” I knew as soon as I hit it that it had a chance.’

Kane also paid tribute to long-range specialist Wayne Rooney and England legend David Beckham, whose 1996 strike against Wimbledon from a similar distance is an iconic goal in Premier League history.

‘When you watch Beckham and Rooney do it you try it yourself – especially when you are younger – and yeah, I have tried it a few times and it hasn’t come off but who knows hopefully it will be the start of me getting a few of them,’ he said.

Now Kane is hoping to repeat the feat in a game that counts. ‘That’s the next aim, to try and do it in a competitive match, either in the Premier league or Champions League,’ he said. ‘That would be nice.’ 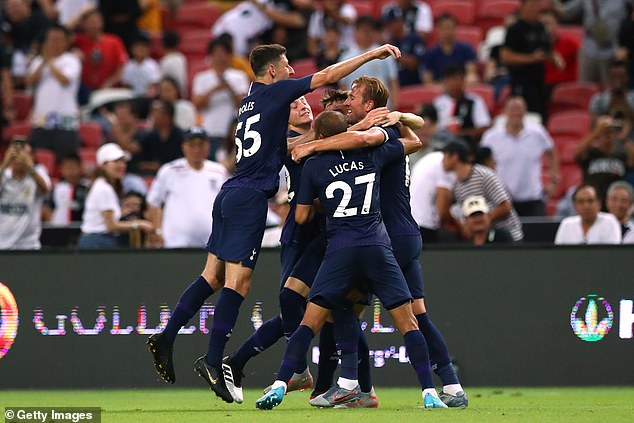 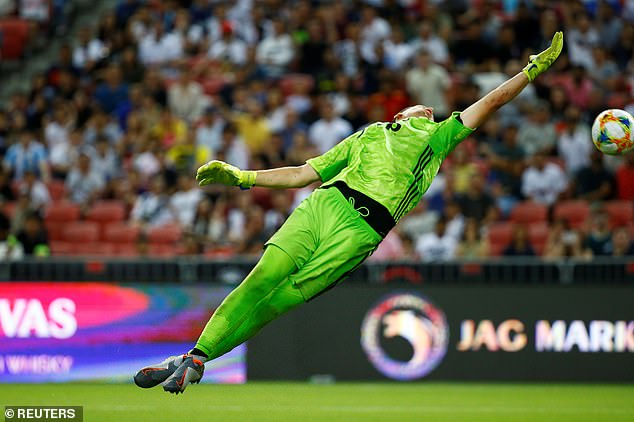