Around 140 exhausted souls will roll to a halt in Paris on Sunday. Before the first bottles are empty, the surviving riders of Ineos Grenadiers may well clock their fastest speeds of the past month in getting out again.

It has been a rough old trip for the British team that produced the winner in seven of the previous eight editions of the Tour de France.

That they hit the wall this year was not unexpected in their circumstances. Yet who would have forecast such an underwhelming defence of their position as the dominant force?

There should be no dilution of what has been achieved by Primoz Roglic, the Jumbo-Visma rider from Slovenia who will likely be crowned champion on Sunday if he stays upright in Saturday’s time trial. He leads second-placed countryman Tadej Pogacar by 57 seconds.

But surely Ineos, the all-conquering band of Sir Dave Brailsford, could have done more. Beyond the sticking plaster of Michal Kwiatkowski’s stage win on Thursday, their Tour will be characterised by Tuesday’s withdrawal of Egan Bernal, the defending champion. He arrived with a back injury and retired before the 17th stage, saying he felt ‘screwed up on all sides’.

But how did it get to this point?

Much can be traced to the 37mph training crash suffered by Chris Froome in June 2019. It was the traumatic, neck-fracturing moment that ended his time as a major player at the team and started a chain of difficulties for Brailsford. 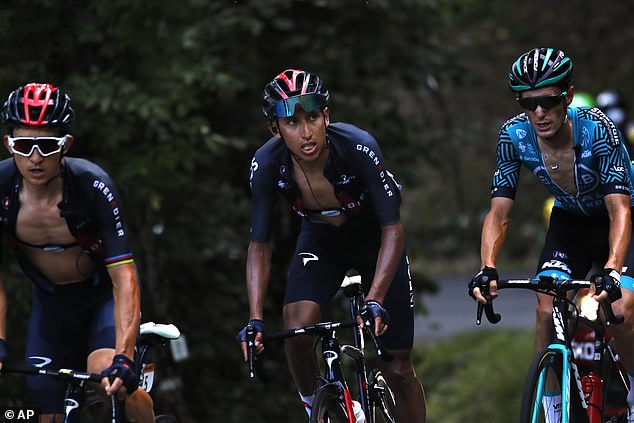 Brailsford’s decision to not pick him for the Tour, shortly after Froome confirmed he would race for Israel Start-Up Nation next year, was no great surprise. His appearance in the Criterium du Dauphine last month proved he had not recovered enough to be competitive.

More contentious was the non-selection of Geraint Thomas, the 2018 champion. He suffered in the mountains in the Dauphine, but in light of how widely Ineos under-performed in France — Kwiatkowski and Richard Carapaz aside — debate rages over the wisdom of that snub. Thomas’s second-place finish at the Tirreno-Adriatico this week gave fuel to the doubters.

Brailsford is famed for his preparations but there is a school of thought that his team mistimed their run to this Tour. After the carnage of lockdown in March, they were already back in hard training by mid-April. Jumbo-Visma didn’t resume until June 1.

Some of the sporting issues are rooted in the human tragedy of losing their director sportif, Nico Portal, to a heart attack in March, aged only 40. Portal was arguably the best in the world.

Ineos’s tactics at the Tour were subsequently shared between a group of Gabriel Rasch, Servais Knaven and Xabier Zandio.

Sean Yates, director sportif until 2012 under the previous Team Sky branding, has criticised the set-up. After the 13th stage, when Bernal lost 38 seconds to Roglic, he said: ‘Once a stage is under way, you don’t have time to hold a video conference to decide on tactics.’ 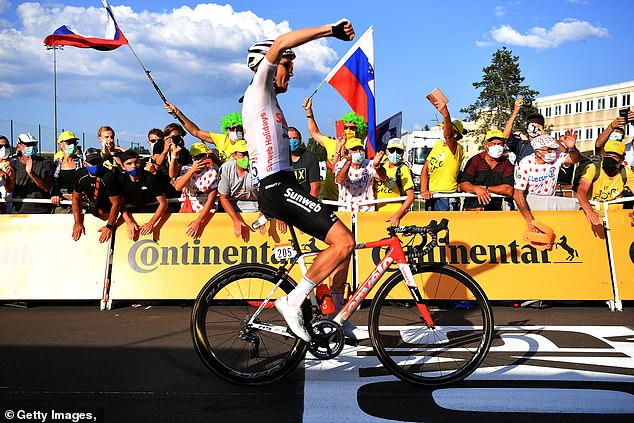 Walking wounded Bernal injured his back at the Dauphine and was clearly short of his best at the Tour. A strong ride in the ninth stage put him in sight of Roglic, but by the 15th he was buried. When he quit after the 16th stage, he was 19 minutes down in 16th place. Their best finisher now will be Carapaz, who was 13th in the general classification after Friday’s 19th stage, which was won by Denmark’s Soren Kragh Andersen of Sunweb.

Jumbo-Visma’s rise was predictable. They often looked stronger than Ineos in last year’s Tour, despite a far smaller pot of cash. This year, with a bigger budget of around £23million, still some way short of the estimated £37m budget of Ineos, they have beaten the British team at their own game by controlling the peloton from the front.

What next? This year’s best Brit, Adam Yates, will join next year. But in the shorter term there will be edged words about Brailsford. Bradley Wiggins, the first Team Sky champion, has already had a dig, saying: ‘Had it been football, Dave would be out.’ A blip or a new normal?