Part of the presidential palace in Abu Dhabi has been opened up to the public for the first time – and its interior is truly spectacular.

The Qasr Al Watan, which is inside the presidential compound, is being billed as a new landmark and a place where tourists can learn about the culture of the United Arab Emirates.

It only opened earlier this month, and so far visitors have been wowed by the building’s huge white domes, dramatic chandeliers and intricate artwork.

The Great Hall inside Qasr Al Watan, which is part of the presidential palace in Abu Dhabi. Its stunning interiors have been opened up to the public for the first time

When entering the attraction, visitors are first ushered into The Great Hall, in the heart of the building.

They then tail off into the west wing of the palace, where they can learn about the formation of the UAE and its system of governance.

Visitors can also explore a collection of diplomatic gifts received from visiting heads of state and foreign dignitaries, displayed to the public for the first time.

In a section of the palace called Al Barza, visitors will learn about the traditional role of a Majlis (which means council or assembly) through a multimedia show about Emirati leaders. 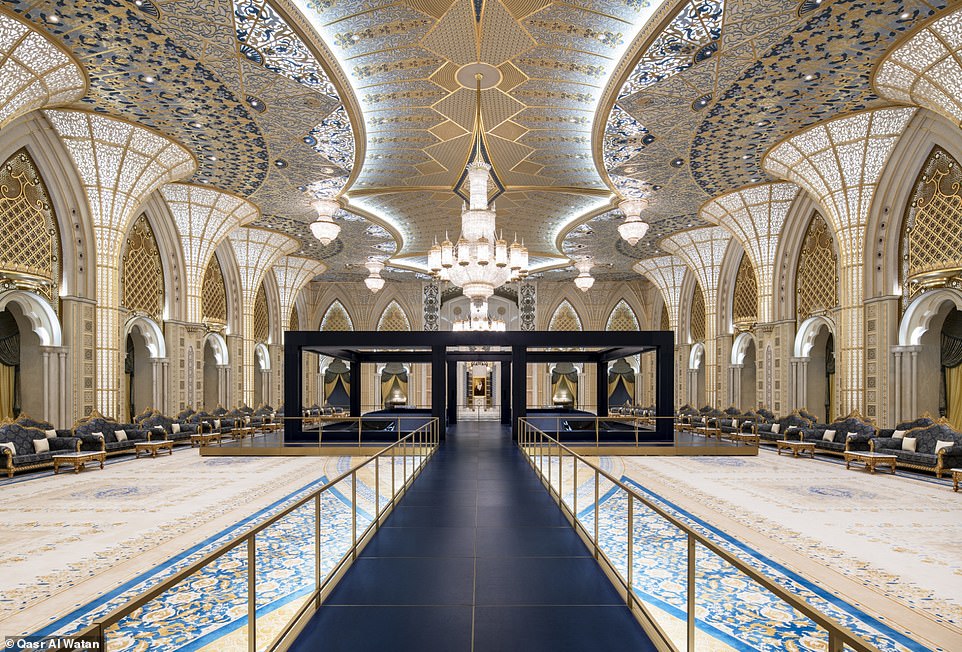 Dramatic chandeliers and beautiful carpets adorn the Al Barza part of Qasr Al Watan. In this part of the building, visitors can learn about the traditional role of a Majlis (which means council or assembly) through a multimedia show about Emirati leaders

Continuing their journey to the House of Knowledge in the east wing of the Palace, visitors will have access to two rooms featuring rare artefacts, books, manuscripts and antiquities from the Arab world.

Visitors will also be able to view key artefacts and historic maps that represent some of the earliest Arab contributions to human knowledge during the period of enlightenment referred to as the Arab Golden Age.

The tour concludes with the ‘Palace in Motion’ – a remarkable light and sound show projected onto the façade of the iconic building.

In the House of Knowledge area, guests can gaze upon artefacts, books, manuscripts and antiquities from the Arab world 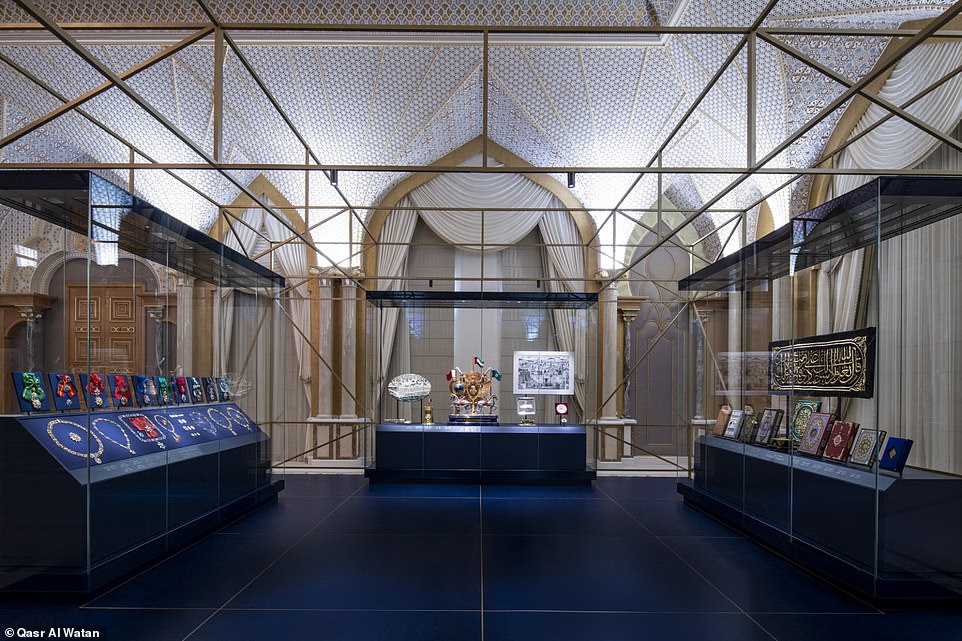 Visitors can explore a collection of diplomatic gifts, pictured, received from visiting heads of state and foreign dignitaries. It is the first time they have been displayed in public

The Palace also houses the Qasr Al Watan Library, where people can explore a vast collection of over 50,000 books and resources about the UAE and learn about the nation.

The inauguration ceremony was attended by Their Highnesses, Crown Princes and deputy rulers from the seven emirates, as well as ministers and senior officials.

Qasr Al Watan is open seven days a week from 10am to 8pm. 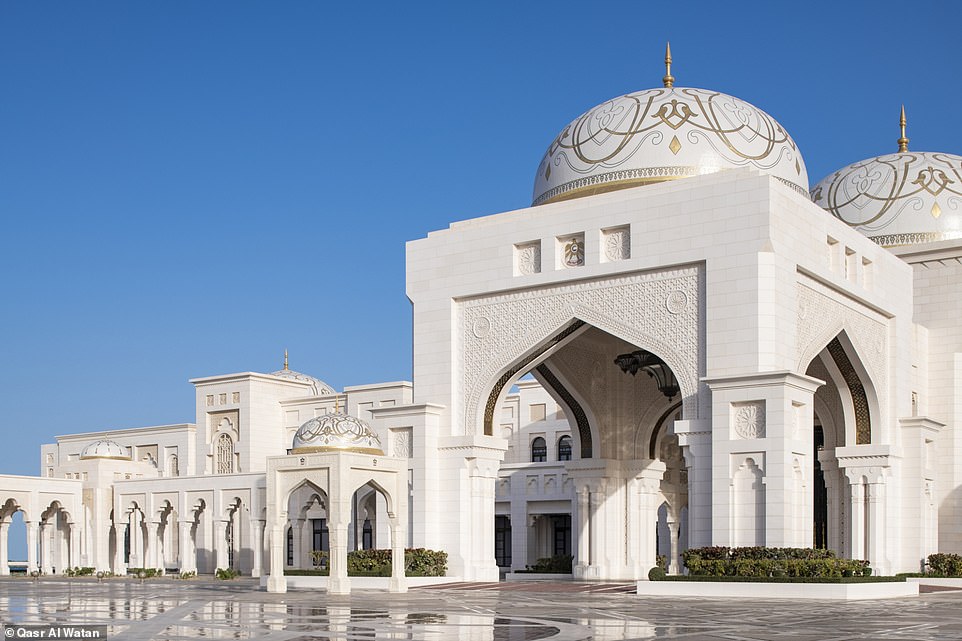