Breathe some fresh air into your love life – literally – by taking advantage of the sunshine and having sex alfresco.

The fear of discovery, pounding heartbeats, that delicious jolt of adrenaline when you think someone’s coming (and it’s not either of you two).

Anyone who’s ever had sex outside knows just how fantastic it can be. Every touch is amplified.

Even if you do exactly what you usually do in the privacy of your bedroom, it still seems wildly exciting when it’s done outdoors.

As for that pesky problem of it being illegal to have sex in public – there are ways to indulge and keep out of jail.

Setting up your beach umbrella next to a kid innocently building a sand castle isn’t just wrong, it’s asking for trouble.

But a deserted, out of the way beach is doable and well worth the risk.

Assess each situation carefully, stay fully clothed (well, as much as possible) and use props to hide behind.

A picnic blanket, sarong or beach umbrella disguise a multitude of naughty acts; if you’re really shy, try a tent!

How many of these outdoor sex experiences will you cross off the bucket list this summer? 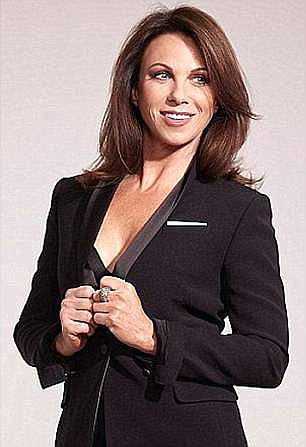 There’s a reason why lying on the beach makes lots of people feel aroused: we’re permanently worked up by a combination of sensual triggers.

Everyone’s wearing next to nothing, a tan makes even the body-conscious feel good about being naked and spreading sunscreen on each other can be dead sexy.

Is it any wonder lots of couples feel the urge to steal away and find a private spot in the sand dunes for five minutes of fun?

Here’s where the ‘carnal cuddle’ position comes into its own.

He drops to his knees in the sand, you climb on his lap, putting your legs over his thighs and arms around his shoulders.

Drap a sarong or beach towel over your laps to cover what’s happening underneath then pulling your swimming costumes to one side, let him penetrate.

Rock together, rather than use the usual thrusting technique, so if anyone does discover you, they’ll be left wondering.

Were you really up to no good or just having a romantic moment?

Hot tubs, swimming pools, the sea – who hasn’t fancied (or had) sex in these locations?

You can get away with murder floating in the ocean, away from the shoreline, or tucked away into a corner of the swimming pool where what’s going on under the water is pretty much invisible to onlookers.

A park early evening, once everyone’s gone home, under a blanket

In the car in a big parking station which isn’t regularly patrolled or under camera surveillance.

The balcony of your hotel room

A word of warning, though, for those out for an aquaorgasm – especially if you’re eyeing off a hot tub.

It’s full of bacteria of all kinds – same goes for the sea, lakes, rivers and swimming pools, sadly.

Hot tubs are often not chlorinated enough to kill all the harmful bacteria or chlorinated so heavily, it plays havoc with the natural pH balance in the vagina.

This is why hot tub sex often leads to irritations, urinary tract and yeast infections: intercourse is off limits if you want to be safe.

But that doesn’t mean an aquaorgasm is off the cards.

If you have a private pool or it’s in a private enough location where one of you can keep watch while your partner pleasures you, try this.

Position yourself on a step in the shallow end, arms behind you on the edge of the pool, your lower half on the top step, legs apart and just immersed in the water.

Your partner ducks down in the water, his feet on the bottom, and positions his mouth to deliver oral sex, you very conveniently on just the right level.

The combination of his warm tongue and the cool water feels sensational.

You keep an eye on anyone approaching while he (or she if you’re gay) brings you to orgasm.

ON TOP OF THE CAR BONNET

It’s hugely appealing because we’ve all seen it done in movies and it’s the sort of thing teenagers do: you both get to recapture the heady thrill of adolescence, feeling wild, free and terribly ungrown-up.

You could pile into the back of your car for privacy but it’s far, far, far sexier to do it leaning against the bonnet.

You sit on it, he stands in front of you. You then wrap your legs around his waist to let him penetrate, then lean back on the hood, balancing yourself with your arms.

Choose a suitably quiet street or country lane and the chances of getting caught are low: if a car appears from nowhere, both drop down and pretend to be examining a puncture. 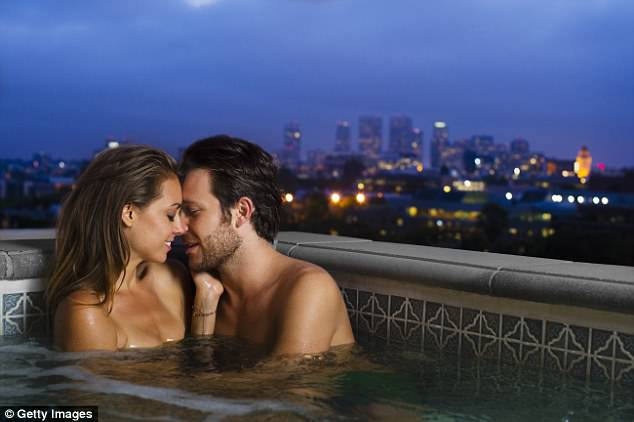 Even easier to get away with: park the car so it’s facing away from the public, you then sit on the bonnet close to the edge and rest your legs on his shoulders, while he gives you oral sex, crouched down in front of the car.

If someone turns up, he drops down, hidden by the car.

If you’re really worried you’ll get busted, park discreetly, move the front driver’s sex back as far as it will go and sit face-forward on his lap, so you’re both looking out the front window.

Grab onto the steering wheel and use it to help rock your body back and forth.

AT ONE WITH NATURE

Be at one with nature by becoming a (literal) tree hugger!

Find a tree you can wrap your arms around and position yourself behind it, so you’re facing the direction another person might appear from.

Put your arms around the tree for balance, pushing your bottom out and up by standing on tip-toes while he enters from behind.

SEX OUTSIDE: THE RULES

If there’s far too much foot traffic to get away with full sex, there’s always a quick hand-job.

Bring him from zero to lift off in record time by using ‘the twist’. Grip the base of his penis with one hand and the head with the other. Twist the top hand firmly, return, then twist again, turning it into a continuous motion.

Holding him firmly at the base, holds the foreskin taut for intense pleasure.

IN A ROW BOAT

It starts out being terribly romantic – one of you sitting back while the other rows you up the river – then you break open the champagne, find a quiet little estuary and next thing you know you’re frantic to tuck into each other rather than the picnic you brought.

And a row boat is just like one big water bed, right?

Once you’re on the water and paddling, you’ll get a sense of how stable the row boat is but even so, they can easily tip if the weight adjustment isn’t right or you rock it violently.

If it’s big enough, the obvious way to get away with having sex is to both lie down in the boat and do it missionary style.

You’ll both end up wet but who cares? Thrust slowly to start and if it’s all starting to feel wobbly, stick to grinding pelvises.

Alternatively, get him to lie down while you straddle and lower onto him, then get him to push himself up to a seated position with lifted knees.

You slide down slightly to mirror him, he puts his hands under your knees to guide penetration.

IN THE WINDOW OF YOUR HOTEL ROOM

Okay, so it’s not officially outside but it kind of is…

If you watched the movie Shame, you’ll know exactly what I’m on about here: remember the hot sex scenes where Michael Fassbender has sex with one of (many) conquests in the window of his room at the Standard Hotel in New York?

It’s the ultimate exhibitionistic thrill – you’re having sex in what seems like full view of lots of people – but it’s totally safe. You can see them but they can’t see you.

This is doable when you’re on a very high floor and don’t have equally high buildings facing you (or they’re a safe distance away).

You can also get away with it if the windows are tinted and it’s during the day.

Check by looking from the outside to see if you can see in – if you can’t, they’re probably tinted.

Test first: do something silly – stick your tongue out or madly wave your arms at someone who is looking your way and see if you get a response.

If you don’t, make like a movie star and put both hands on the window pane while your partner ravishes you from behind.

Even if they aren’t tinted, you can probably get away with doing it doggy style with your bodies hidden and just your heads and shoulders in view.

Failing that, leave the curtains open and the lights off and do it on the bed: there’s a minimal risk of being seen but it still feels naughty.

Visit traceycox.com for more info on sex and lovehoney.co.uk to see my supersex and Edge product ranges.