A high-flying transgender lawyer has revealed how she has undergone a gender re-assignment operation for the third time – after going back to being a man in a bid to reconnect with her children.

Samantha Kane, from west London, explained how she felt she ‘had no choice’ but to transition back to a woman again, following two previous sex changes, and now feels like her ‘true self’ again.

The lawyer and author, who was born Sam Hashimi in Baghdad, Iraq, first underwent gender reassignment surgery back in 1997, becoming Samantha.

But in 2004, she decided she wanted to go back to being a man, undergoing another operation to become Charles, having become estranged from her son and daughter following her first sex change.

Earlier this year, Samantha, 58, underwent surgery to become a woman again, spending a total of over £150,000 on gender re-assignment operations over the years.

High-flying lawyer Samantha Kane (above, as she is today) has revealed why she underwent gender re-assignment surgery for the third time to transition to a woman

Speaking to FEMAIL, Samantha admitted that her decision to transition back to a man had been largely influenced by a desire to see her children, who she became estranged from after divorcing first wife Trudi in the early 1990s.

‘I couldn’t see my children for around 10 years, I started missing them so much,’ she explained. ‘My children grew up not really knowing me. It was so difficult.

‘Eventually, I thought, maybe I could get back what I love if I changed back, and became a man again. That’s really the reason [I did it].’

However, Samantha said that within a year of living as a Charles, she began to realise that she had made a mistake in transitioning back to a man – particularly as the gender reassignment surgery hadn’t gone as expected. 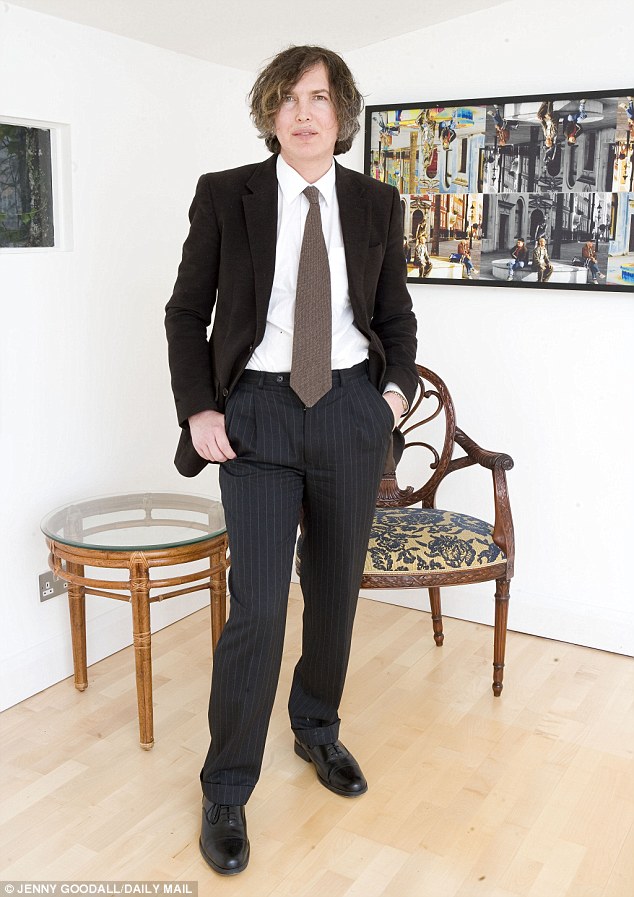 Samantha had been living as Charles Kane (above, pictured at home in London in 2008) since 2004. She explained how she had decided to go back to being a man in a bid to re-connect with her children, who she became estranged from after becoming Samantha for the first time

‘In the first year, I had regrets – what they claimed the operation would achieve, they never achieved anyway,’ she said.

‘Turning a man who was born a man into a woman, and then approximating back to what it was like being a male will never work – that was really part of it.’

At the time, Charles was engaged to a woman named Victoria, but the relationship quickly broke down.

‘I was feeling uncomfortable. I was in a relationship with a woman and it was expected of me to be all male really,’ Samantha explained.

‘As Charles, I wasn’t 100 per cent accepted. I was having these regrets of changing back.’

Samantha underwent her first sex change in 1997, when she went from being Sam to Samantha. She is pictured here in Monaco in 2001

A timeline of Samantha’s journey

1997 – Transitioned to a woman, living as Samantha Kane

2004 – Underwent second gender re-assignment surgery to go back to being a man, and began living as Charles Kane

However, Samantha explained how she didn’t want to transition back to a woman straight away – in part, due to her high-flying career as a barrister.

‘I went through all this trouble to be Charles, and one had to make the best out of it I suppose,’ she said.

‘I’m a lawyer, and thought people wouldn’t understand me changing back. At the Bar, people have to adopt more tradition roles. Chopping and changing is frowned on.’

But Samantha explained how re-connecting with her adult son eventually helped her decide to transition back to a woman.

‘I saw him shortly before his wedding, and he told me he was getting married, and he invited to me to his wedding. That was really nice,’ she said. 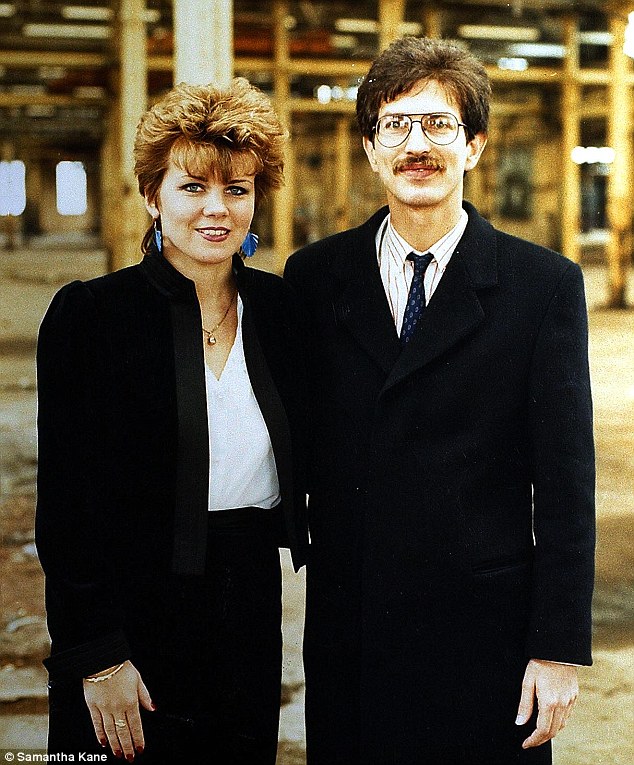 Samantha was born Sam Hashimi in Baghdad, Iraq. He explained how he married first wife Trudi (pictured together in 1990) in a bid to ‘conform’, with the pair having two children together

‘He said, “I don’t mind who you are. I love you whether you are a male or a female. If it makes you be happier to be a female, then so be it.”

‘That’s what encouraged me to change back basically. He’s very supportive.’

Samantha began dressing as a woman in March last year, and airier this year had gender re-assignment surgery and breast implants fitted.

The lawyer says that since the operation in January she now finally feels like herself again, after all these years.

‘I feel a lot better in myself now. I came to the conclusion that you have no choice,’ Samantha said. ‘I am so much happier to be my true self as a woman. 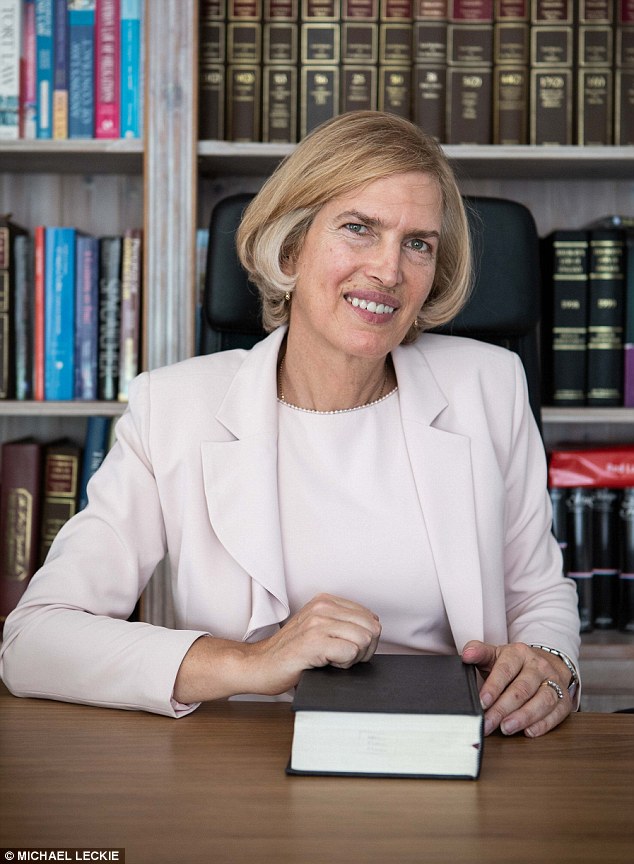 ‘I always knew I was in the wrong body, even when I was really, really young, five or six-years-old.

‘But I grew up in Baghdad in the ’60s and the ’70s, so who would hear of anything about being transgender or having surgery?

‘So I buried it, and I thought I have to be conventional. I met a woman who I got on well with, and I got married and had children.’

Samantha says she feels that being a women is easier nowadays, compared to when she first transitioned back in the 1990s.

‘When I transitioned to a woman in 1997, things were really difficult for women generally,’ she said. 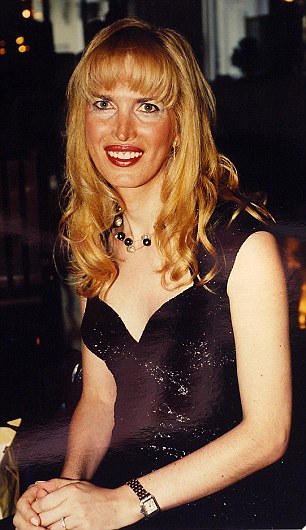 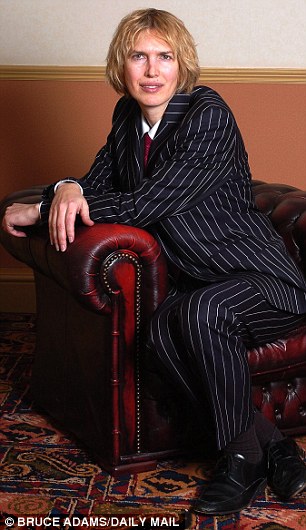 Samantha (left in 2001) underwent her first gender reassignment surgery in 1997, in order to become Samantha for the first time. However, she decided to transition to a man in 2004 (right), as she thought it would help her re-connect with her children

‘Now, it’s not as bad for women. You get more equal opportunities at work. I haven’t noticed as much discrimination against women as there used to be.’

However, she explained how she has found the recent conversations around transgender women troubling.

‘Before my surgery it was quite difficult, because there was all this debate about what is the difference between transgender females and real females, and whether transgender women are accepted as real women,’ she explained.

‘But I felt I had no choice [but go ahead with the operation], because I knew it was what would make me happy and make me complete as a woman.

‘I had to go ahead with it at all costs, essentially.’ 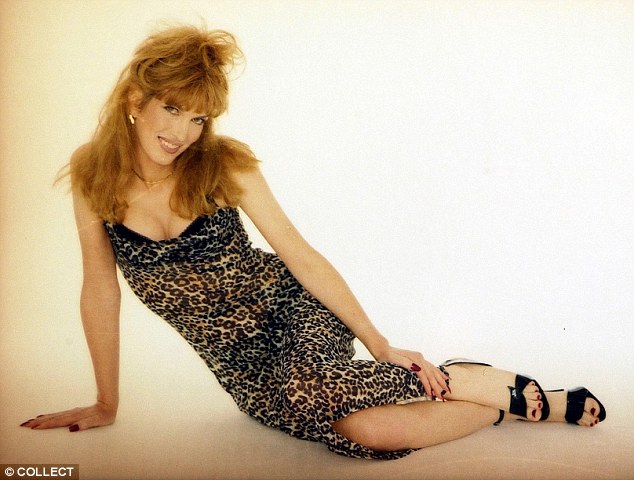 Samantha (pictured in 1998 following her first gender reassignment operation) explained how she became estranged from her two children after divorcing his wife Trudi, following his decision to transition to a woman

Following her gender reassignment surgery, Samantha says she has been getting a lot of interest in the romance department – although she wants to enjoy being single for now.

‘I want to enjoy being single for a while, and not to rush. Rushing into relationships is quite difficult for someone who doesn’t even have my history.

‘I’m probably one of a handful of people in the whole world who has had a sex transition three times.

‘You need someone with a pHD to understand what I’ve gone through,’ she explained.

‘But one should always be open to love. I could love a man, I could love a woman, as long as there feels like there’s a connection – that’s what I’m looking for.’

Samantha Kane’s new book Mohammed and Susan (Diversity Books, £8.99) is out on September 6.