Former AFL footy great Mark ‘Bomber’ Thompson has denied reports he shoved a man into a car boot after a fight over money.

Thompson laughed off the claims by Seven News that he fought with a man in the Melbourne suburb of Yarraville on Tuesday.

‘I’m fine mate, I never got into a fight,’ Thompson told The Herald Sun. 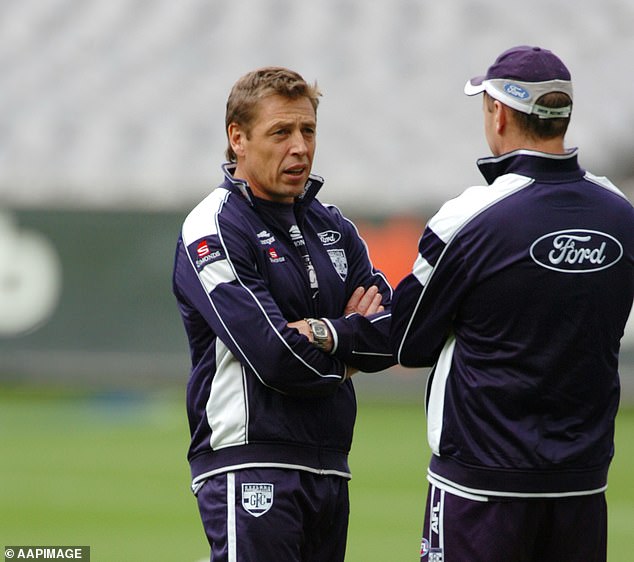 The former premiership winning player and coach said he had driven to the suburb to visit a friend who owed him money and had a verbal argument.

‘It’s overblown. I couldn’t get him in the boot, he probably wouldn’t fit in my boot,’ he said.

The 56-year-old said he went for a drive with the man and then dropped him off at his house later.

‘He used my phone three times, no problems. I’ve known him for years, he’s a friend,’ he said.

In an emotional interview in 2019 Thompson spoke of his two divorces and his controversial exit from AFL, saying he felt sad and isolated.

‘All the people I’ve grown up with are around footy, and I don’t like footy any more. I don’t want to talk about footy, I haven’t seen footy,’ he said.

He then moved into coaching, and was senior coach at Geelong for ten years, during which they won premierships in 2007 and 2009.

He briefly went back to Essendon as assistant coach where he was involved in the supplements scandal in 2013 – which led to a $30,000 fine by the AFL Commission.

After replacing James Hird as senior coach for the 2014 season he retired from coaching.

Just three years later in 2018 his Port Melbourne house was raided by police.

He was convicted in July 2019 for possessing methamphetamine, MDA, LSD, and unprescribed Xanax though associated trafficking charges were dropped by police. 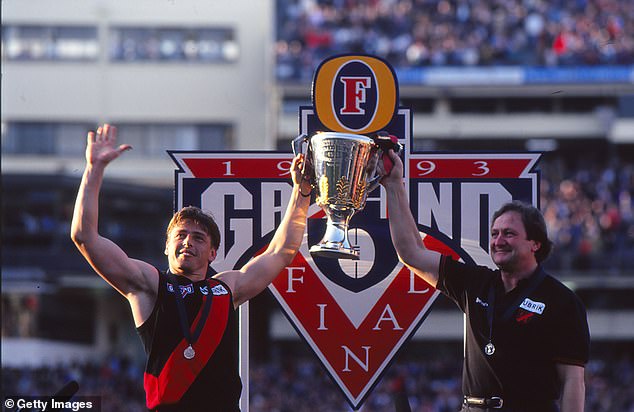