Donald Trump said Sunday that Brett Kavanaugh should pursue libel lawsuits against those accusing him of sexual misconduct after a new allegation emerged this weekend.

The president laments that those making these claims are trying to influence the opinions he produces as a Supreme Court Justice and turn him in a liberal.

‘Brett Kavanaugh should start suing people for libel, or the Justice Department should come to his rescue,’ Trump tweeted Sunday morning. ‘The lies being told about him are unbelievable. False Accusations without recrimination. When does it stop? They are trying to influence his opinions. Can’t let that happen!’

A New York Times article published Saturday detailed an account by Kavanaugh’s classmate from an incident at Yale in the 1980s, where he claimed he saw then-college freshman Kavanaugh with his pants down and penis in a female classmate’s hand.

Max Stier says he saw Kavanaugh’s male classmates pull down his pants and force his penis into a female student’s hand during a dorm party. The Times says Stier told senators and the FBI about the incident, but it was not investigated.

Trump claims the latest accusations against his second Supreme Court pick are ‘lies’ to get him removed from the bench.

‘Now the Radical Left Democrats and their Partner, the LameStream Media, are after Brett Kavanaugh again, talking loudly of their favorite word, impeachment,’ he said in another tweet. ‘He is an innocent man who has been treated HORRIBLY. Such lies about him. They want to scare him into turning Liberal!’ 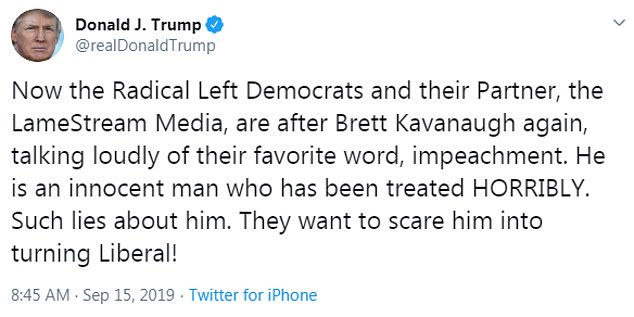 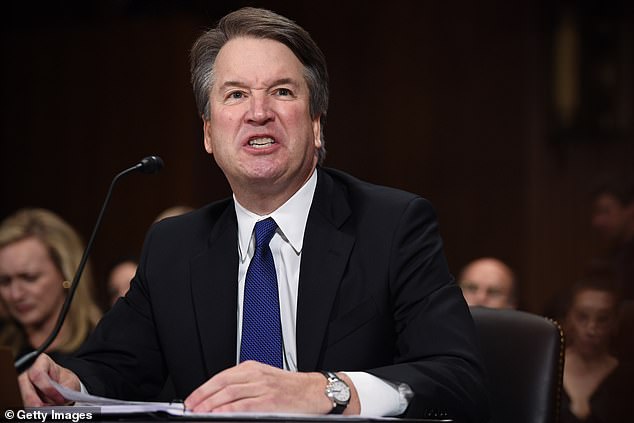 One of Brett Kavanaugh’s male classmates at Yale alleged he saw friends of the Supreme Court Justice push his penis into the hand of a female student at a drunken party in the 1980s. He is pictured in September 2018  testifying before the Senate Judiciary Committee

Stier runs a non-profit in Washington and has declined to discuss the story publicly, however the Times corroborated the story with officials who spoke with Stier.

Kavanaugh hasn’t discussed the new allegation publicly, but he has denied all his accusers’ claims against him in the past.

DailyMail.com has reached out to the Supreme Court Justice and Stier for comment.

The claim is similar to the allegation made by accuser Deborah Ramirez, who unlike Christine Blasey Ford, was not asked to testify at Kavanaugh’s confirmation hearings.

She was, however, interviewed by the FBI.

Ramirez claimed Kavanaugh exposed his penis to her and thrust it in her face at a dorm party, forcing her touch it while they were both students at Yale.

The new allegation of unwanted sexual contact revealed Saturday was detailed in a lengthy NYT article about Ramirez which adds weight to her allegation. 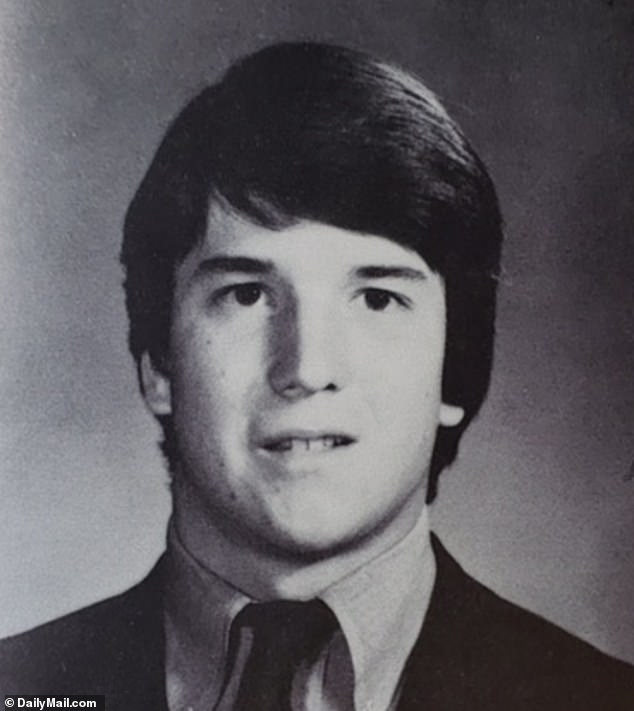 Brett Kavanaugh, who was ultimately confirmed by the committee on October 6 last year, is pictured in his yearbook photo 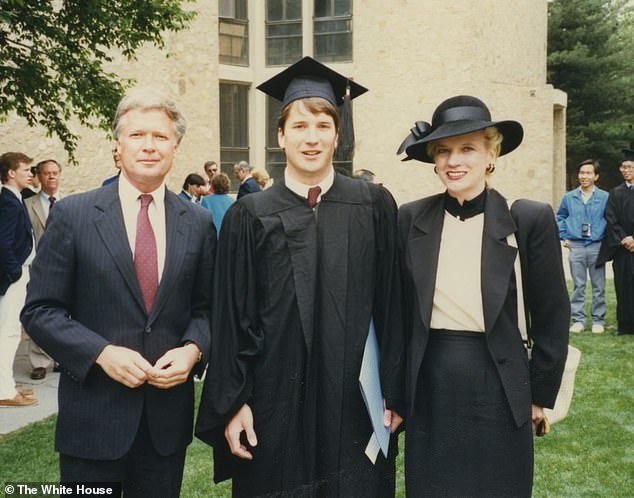 Brett Kavanaugh is seen with his parents at his Yale commencement

Reporters Robin Pogrebin and Kate Kelly wrote: ‘During his Senate testimony, Mr. Kavanaugh said that if the incident Ms. Ramirez described had occurred, it would have been ‘the talk of campus.’ Our reporting suggests that it was.’

Ford had claimed 17-year-old Kavanaugh held her down on a bed at high school party when she was 15 and tried to remove her clothing, putting his hand over her mouth to stop her screaming.

Her emotional testimony before the Senate Judiciary Committee last September became a milestone for the #MeToo movement.

It turned Kavanaugh’s confirmation into the most controversial since Clarence Thomas in 1991, who was accused of sexual harassment as well.

Kavanaugh broke down in tears during his testimony and claimed that the allegations against him by Ford and other women were politically motivated. 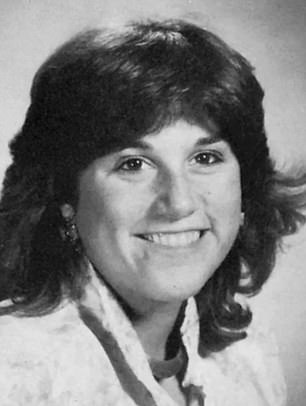 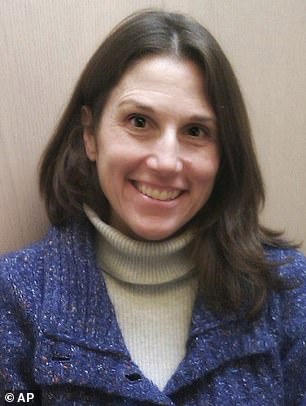 The claim is similar to the allegation made by accuser Deborah Ramirez (left in her Yale yearbook photo and right), who unlike Christine Blasey Ford, was not asked to testify at Kavanaugh’s confirmation hearings 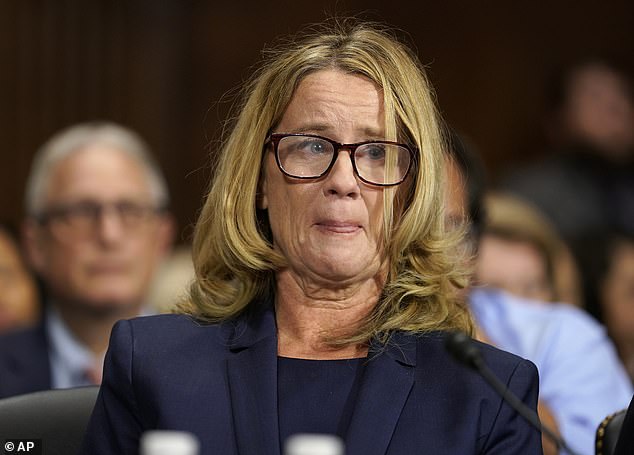 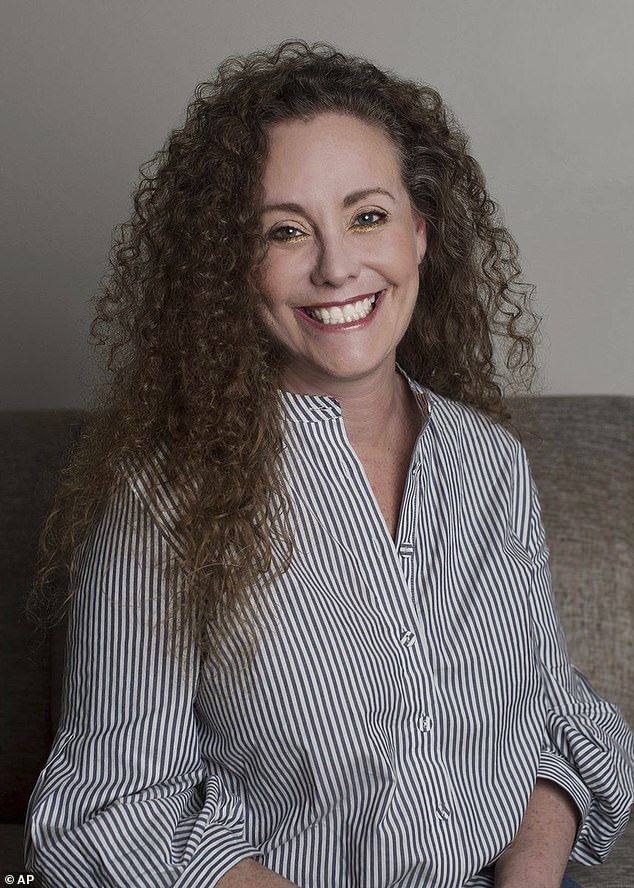 Julie Swetnick was the third woman to accuse Kavanaugh of sexual misconduct.

Swetnick initially claimed that Kavanaugh attended a party where a train of men assaulted her.

She claimed he was part of a group that surreptitiously spiked ‘punch’ at parties to ’cause girls to become inebriated and disoriented so they could then be gang raped’ like she was.

She later walked back the claims, admitting that she cannot say for certain that Kavanaugh was part of, aware of or even witnessed the alleged sexual misconduct.

She downgraded her claim about the punch bowl, as well. She says she saw him by the containers but doesn’t know if he tampered with them.

He was ultimately confirmed by the committee on October 6 last year.