Americans are feeling more confident about the economy, which is giving President Trump a route to win the White House again.

A new ABC News-Washington Post poll found that Americans are viewing Trump’s handling of the economy at a record high, with 56 per cent approval. That’s up 10 points from September.

And nearly half of the survey’s respondents, 49 per cent, ‘expect’ him to win a second term.

IT’S THE ECONOMY, STUPID: President Trump is getting credit for the strong economy, which could help him with re-relection later this year

Democrats are still beating President Trump in most match-ups, though not by the double-digit margins they were several months back 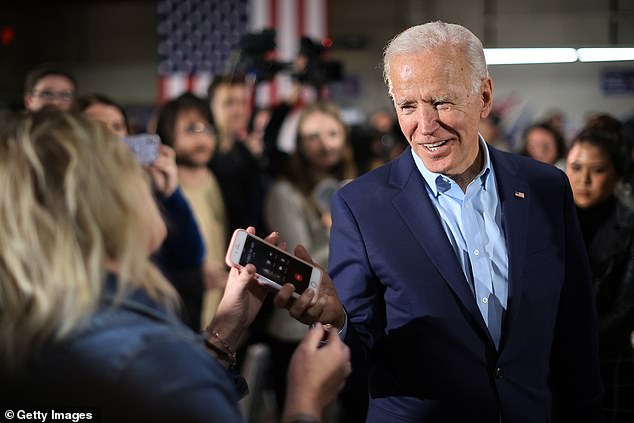 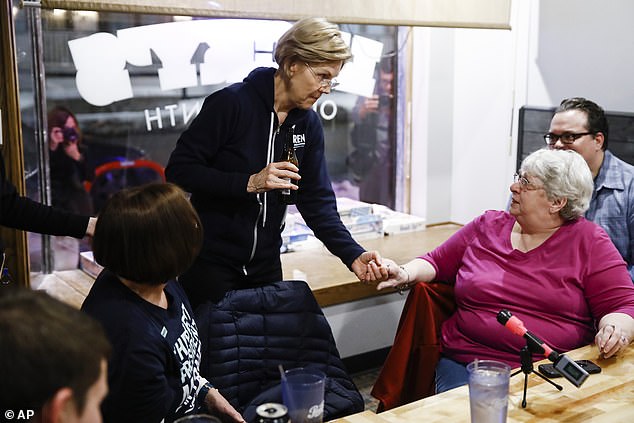 Sen. Elizabeth Warren was previously beating President Trump by double-digits in polling match-ups. Now she ties him among registered voters 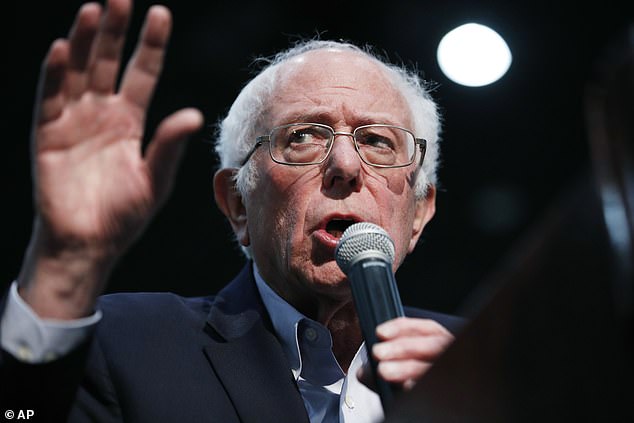 Sen. Bernie Sanders was performing better against President Trump in October, according to an ABC News-Washington Post poll

Another 43 per cent said they thought he would be beaten by the eventual Democratic nominee.

Enthusiasm and the economy are on Trump’s side, the poll shows.

Trump is seeing his re-election fortunes increase alongside the rise in economic confidence.

A year before Trump took office 63 per cent of Americans said they were worried about maintaining their standard of living – now 43 per cent say that’s the case.

That has a created a situation where Trump – who has an approval rating that’s in line with president’s who haven’t won their re-election races – could still squeak by, as he’s become more competitive against his Democratic rivals.

Trump’s approval rating is good for him – it’s 44 per cent approval, 51 per cent disapproval.

But it’s not good historically.

Trump has the lowest career approval of any president in 75 years, becoming the first to never achieve majority approval in the history of modern polling.

His current numbers are similar to those George H.W. Bush had in 1992, Jimmy Carter had in 1980 and Gerald Ford had in 1976. All three lost their re-election races.

But a more modern example, Barack Obama, was polling at 48 per cent approval in January of 2012 and still went on to win.

When matched up against his Democratic rivals, Trump’s performance has gotten better.

Among all respondents, Vice President Joe Biden currently beats Trump by 7 points. Among registered voters, Biden’s lead shrinks to 4 points – which is the best in the Democratic field.

In late October, Biden was leading Trump among all respondents and registered voters by 17 points.

Sanders currently beats Trump by 2 points among registered voters – within the survey’s margin of error. Among all respondents he beats Trump by 8 points.

In October, however, Sanders led Trump by 14 points among registered voters and 17 points among all respondents.

Sen. Elizabeth Warren is tied with Trump among registered voters now. In October she was beating him with that group by 15 points.

In October, Buttigieg was leading Trump with registered voters by 11 points.