President Donald Trump’s refusal to point the finger at the Saudi crown prince over the murder of journalist Jamal Khashoggi has infuriated Turkey who say he is turning a blind eye.

On Tuesday, Trump said he would remain a ‘steadfast partner’ of Saudi Arabia despite the CIA reportedly assessing Mohammad Bin Salman (MbS) had ordered the hit at the Saudi consulate in Instanbul, Turkey, last month.

Turkish Foreign Minister Mevlut Cavusoglu surmised in an an interview with CNN Turk, ‘In one sense, Trump is saying “I will turn a blind eye.”‘

Trump doubled down on Thanksgiving Day by saying: ‘I hate the crime. I hate what was done. I hate the cover up. I will tell you this – the crown prince hates it more than I do.’

Trump speaks from the ‘Southern White House’ in Mar-a-Lago, Florida, as he told reporters: ‘I hate the cover up. I will tell you this – the Crown Prince hates it more than I do.’ 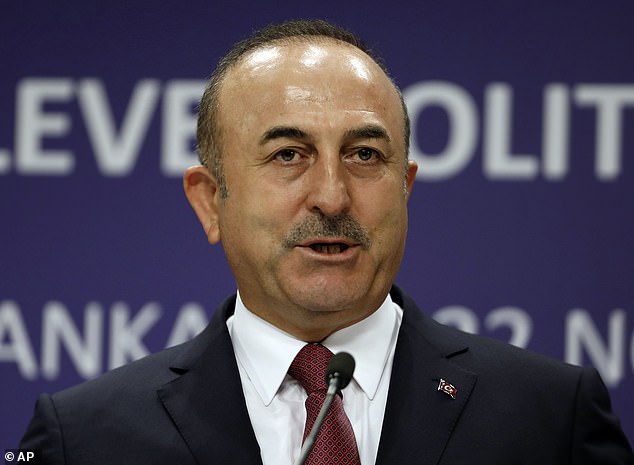 Turkish Foreign Minister Mevlut Cavusoglu speaks at a joint news conference in Ankara on Thursday; he told CNN Turk in an interview that he feels Trump is saying ‘I will turn a blind eye’

Cavusoglu also said the US had not told them of an audio recording regarding Khashoggi’s killing.

A Turkish daily reported the CIA was in possession of a recording in which the crown prince ordered to ‘silence Khashoggi’.

Cavusoglu added there would be ‘no obstacle’ to a meeting between President Tayyip Erdogan and MbS at the upcoming G20 Summit in Buenos Aires, Argentina.

Trump continues to back the Saudis who he said were ‘investing hundreds of billions of dollars in our country’ and keeping oil prices down.

Certainly the Saudis have paid billions in weapons contracts to the Americans and Washington would not wish to see them shopping elsewhere. 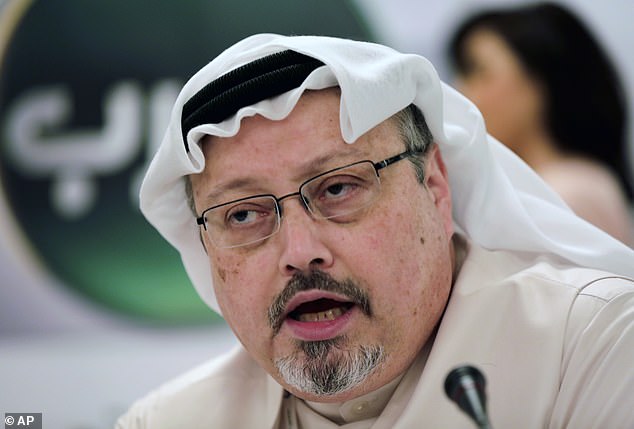 Jamal Khashoggi, a critic of the crown prince, was killed at the Saudi consulate in Istanbul, Turkey on October 2; Trump said he has listened to a recording of the ‘terrible’ killing 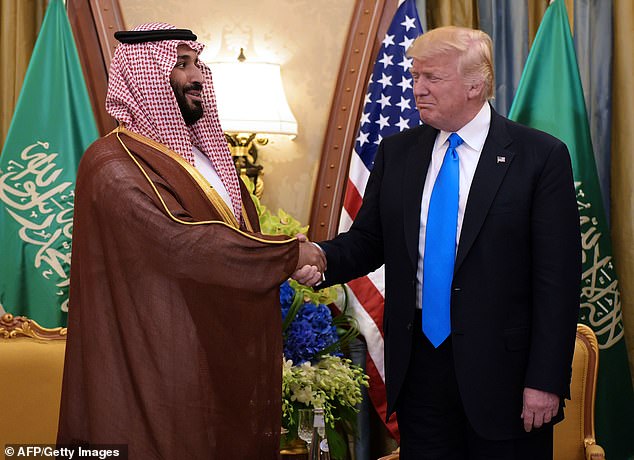 ‘Frankly,’ he continued, ‘if we went by this standard, we wouldn’t be able to have anybody who’s an ally, because look at what happens all over the world.’

Asked by reporters who was to blame, Trump said: ‘Maybe the world should be held accountable because the world is a vicious place.’

Trump and his son-in-law Jared Kushner have cultivated deep personal relationships with the crown prince.

This week the President has faced growing backlash for his comments on Khashoggi’s death from both sides of the House.

A bipartisan group of senators wrote to Trump to implore him to open an investigation into the killing of the Washington Post columnist.

In an interview with Fox News on Sunday Trump said he had been advised not to listen to a recording of the murder, confirming it was a ‘suffering tape’ and it was ‘terrible.’