Three would-be ISIS terrorists joked around in court as they were found guilty of conspiring to kill Australians using machetes and suicide vests.

Hamza Abbas, 23, his cousin Abdullah Chaarani, 27, and Ahmed Mohamed, 25, were found guilty in the Supreme Court of acts in preparation for the attack, targeting Federation Square, St Paul’s Cathedral and Flinders Street station on Christmas Day 2016.

Then Prime Minister Malcolm Turnbull called their sick plan, designed to cause mass casualties, ‘one of the most substantial terrorists plots that have been disrupted over the last several years’. 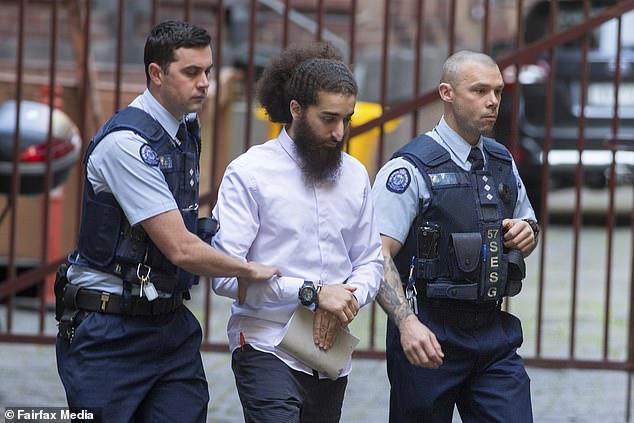 The verdict followed seven days of deliberations by the jury, and eight weeks of evidence – including from Hamza’s older brother Ibrahim Abbas, 24 – who confessed his involvement to police and pleaded guilty earlier this year.

The trio were found guilty on November 2, but in a serious blow to open justice, lawyers for the men applied to have the verdict kept secret by way of a suppression order.

This prevented the result from being publicly revealed for almost two weeks until an appeal court tribunal overturned the suppression order, saying the verdict should be made public given the amount of publicity the trial had received.

‘The trial has been fully reported and that genie cannot be put back in the bottle,’ the tribunal’s three judges said in their ruling.

Arrogant Mohamed and Chaarani laughed and chatted to each other between the individual verdicts. Both nodded slowly and looked indifferent as the guilty decision was given.

As they were removed from the dock, Mohamed gave his family a big, cheesy grin, while Hamza gave his a thumbs up.

Ibrahim said they were for ‘chopping to kill’ and to slice the necks of disbelievers of their radical Sunni Islam.

The group also had the makings for pipe bombs – sparkler dust, hundreds of match heads and chemicals including hydrogen peroxide – that were intended, as Ibrahim put it, to ‘wage violent jihad’.

Their plan involved buying their supplies from Bunnings.

They got the recipe from the infamous al-Qaeda magazine article ‘How to make a bomb in the kitchen of your mom’.

Ibrahim revealed during the trial that he believed it was ‘fine for me to kill Australians’ because Muslims have been killed in wars involving Australia.

Conspiring or preparing for acts of terror.

The plot was foiled three days before it was meant to be carried out, by police who had been listening to the trio make preparations and watching reconnaissance at Federation Square.

A Supreme Court jury deliberated for seven days before returning a verdict on November 2. The verdict was made public on Wednesday following legal delays.

Lawyers for the men applied to have the verdict kept secret by way of a suppression order, which initially prevented the result from being publicly revealed.

An appeal court tribunal later overturned the suppression order, saying the verdict should be made public given it was a highly publicised trial.

At a later date.

‘It’s not hard to kill a person with a machete. It just takes one slice to the neck,’ he said in his police interview.

He said their plan was retaliation for Australia’s involvement in financing ‘the war against Islamic State’, and they wanted to send a ‘clear message’ to the Government.

‘I believed that if I could do a terrorist attack here then that would prevent the Australian government from financing the war against Islamic State and it would send a clear message to the Australian public about the damage….

‘The loss of lives, that occurs in the Muslim world where the Australian government is financing the war against Islamic State,’ he told the court.

‘The whole point of jihad is martyrdom,’ Ibrahim added. 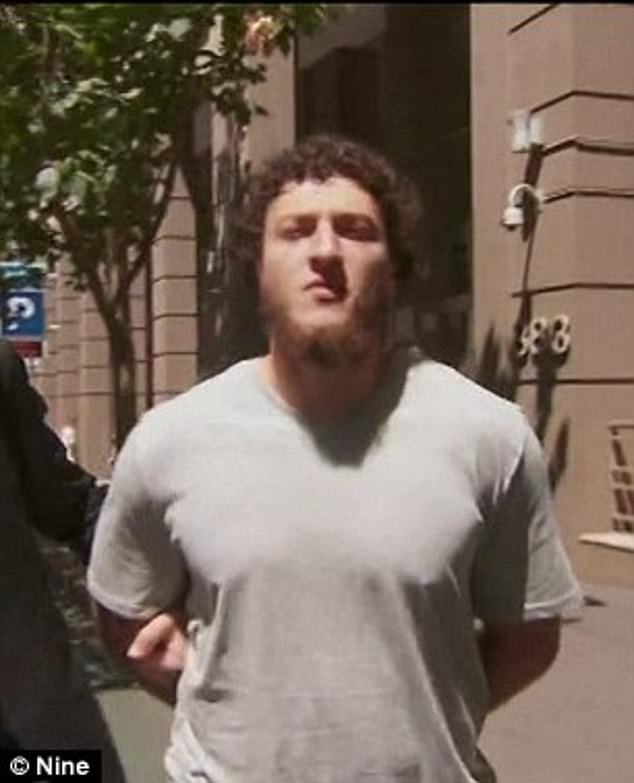 Despite Ibrahim claiming to be the main conspirer, his three sidekicks were found guilty of equal charges earlier this month after a 10 week trial (Ahmed Mohamed pictured) 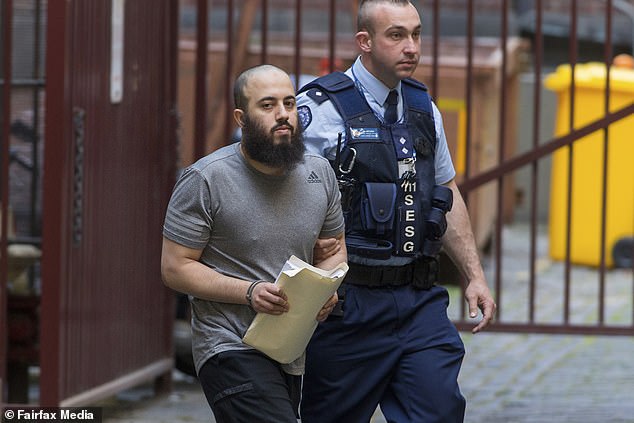 Ibrahim (pictured), the key witness in the trial, failed in his attempts to convince the jury he was solely responsible for the terror plot 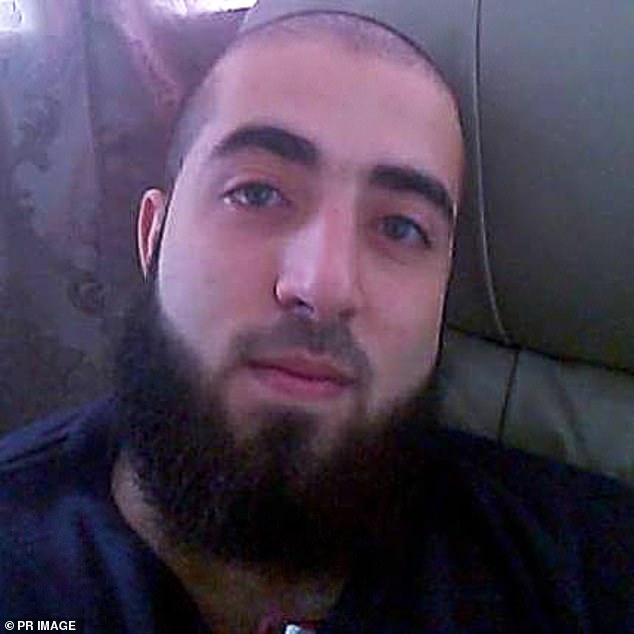 The plot was foiled on December 22, 2016 by police who had been listening to their preparations and watching as they carried out reconnaissance at Federation Square.

During his arrest, Chaarani asked police to ‘make me a martyr’, officers revealed.

In Hamza’s defence, lawyer Felicity Gerry QC argued he was a ‘fishbrain’ and the ‘idiot brother’ who could not be trusted to know details of the plot.

Hamza joined in December 2016, but plans between Ibrahim, Mohamed and Chaarani had been on foot since at least October.

Mohamed and Chaarani had tried in 2015 to go overseas and fight with Islamic State.

Chaarani said he wanted to ‘follow the same path’ as Hamza and Ibrahim’s cousin Nabil Abbas who, it was revealed during the trial, had died fighting with the terrorist organisation.

Hamza, Mohamed and Chaarani will face a plea hearing before being sentenced.