Twitter has built a new tool that suggests people to unfollow on its social network.

The feature is designed to help users remove accounts from their timeline they rarely interact with, creating a ‘more relevant’ experience, according to Twitter.

It was tested by the social media giant last week on a small batch of users.

The test lasted just a few days, and has now concluded, Twitter confirmed.

The ‘unfollow list’ is the latest in a slew of changes made by Twitter is order to improve users’ experience with the social network, which has seen the firm roll-out new features designed to combat abuse, and stop the spread of fake accounts.

Twitter tested a new tool last week that suggested accounts to unfollow (pictured). The feature presented a list of people who you rarely interacted with on the network

‘We know that people want a relevant Twitter timeline,’ the company said in a statement.

‘One way to do this is by unfollowing people they don’t engage with regularly.

‘We ran an incredibly limited test to surface accounts that people were not engaging with to check if they’d like to unfollow them.’

During the small trial last week, the unfollow tool appeared on users’ homepage alongside a button labelled with the phrase ‘control what’s happening here’.

A subheading read: ‘You can improve your timeline by reviewing some accounts you may not need to follow’.

Tapping the button took users to a list of accounts they rarely engaged with. 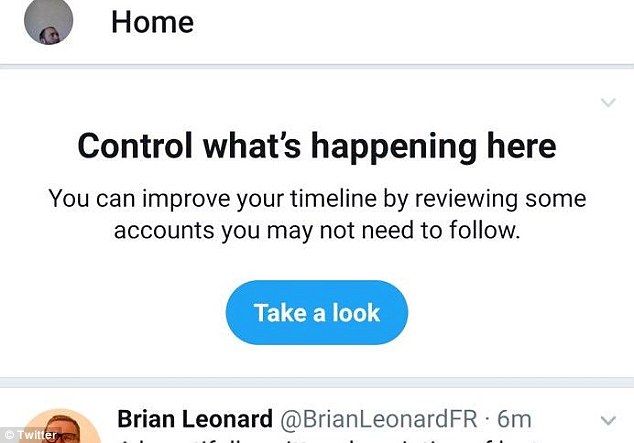 Users can then select which, if any, of the accounts they would like to unfollow.

Only tweets from accounts that users ‘follow’ will appear in their timeline.

It’s unclear whether Twitter will roll-out the feature to users worldwide.

The tool may draw criticism as Twitter finds itself embroiled in a controversy over its handling of right-wing content. 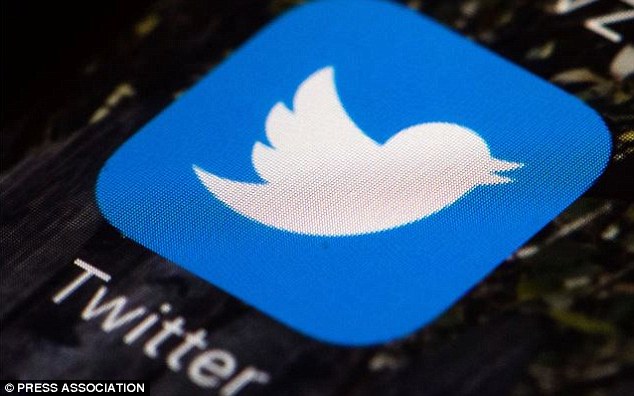 The tweet came after a story in Vice magazine said prominent Republicans such as Republican Party chair Ronna McDaniel were not showing up in one aspect of Twitter’s search function.

While the accounts did show up during a general search, they didn’t automatically populate in a drop-down bar when typing in the name.

In his tweet Trump accused Twitter of ‘shadow banning’, or limiting visibility, of some Republicans and said it was ‘discriminatory and illegal’.

Twitter denied it engaged in the practice, adding that the missing search results were the result of a bug that the company was fixing.