Feline a little weird! Cat owners share their mischievous moggies’ most bizarre antics – including cuddling skeletons and hogging the bath

Cat owners will know how strange their feline friend can be, from running around the house for no reason to sleeping in some very uncomfortable positions.

Some of the most bizarre acts by our pets have luckily been caught on camera – and social media users from around the world have been posting them on Twitter.

Twitter star Heloísa, who comes from Brazil and uses the handle @poorlycatdraw, sparked an avalanche of replies after asking what the weirdest thing their followers’ cats had done.

Dr Maureen Berg, who lives in Berkeley, California, shared a strange snap of her cat cuddling up to a skeleton, and Agatha Phillips, a student at the Indiana University of Pennsylvania, revealed her kitty likes hiding in the dryer.

Here, Femail reveals some of the funniest antics of mischievous moggies. 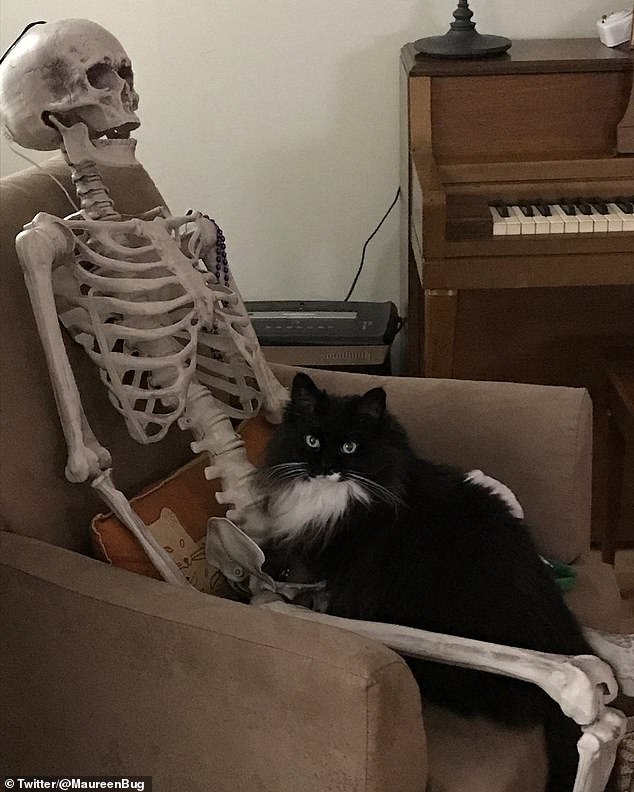 Dr Maureen Berg, who lives in Berkeley, California, shared this strange snap of her cat cuddling up to a skeleton 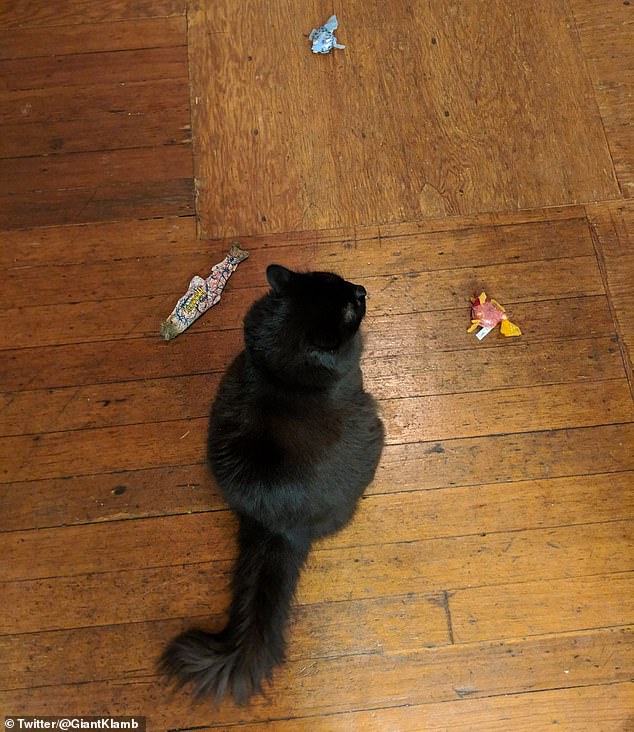 Don’t touch! Kaitlyn’s cat Gus likes to arrange his toys in a triangle shape and then stare at them 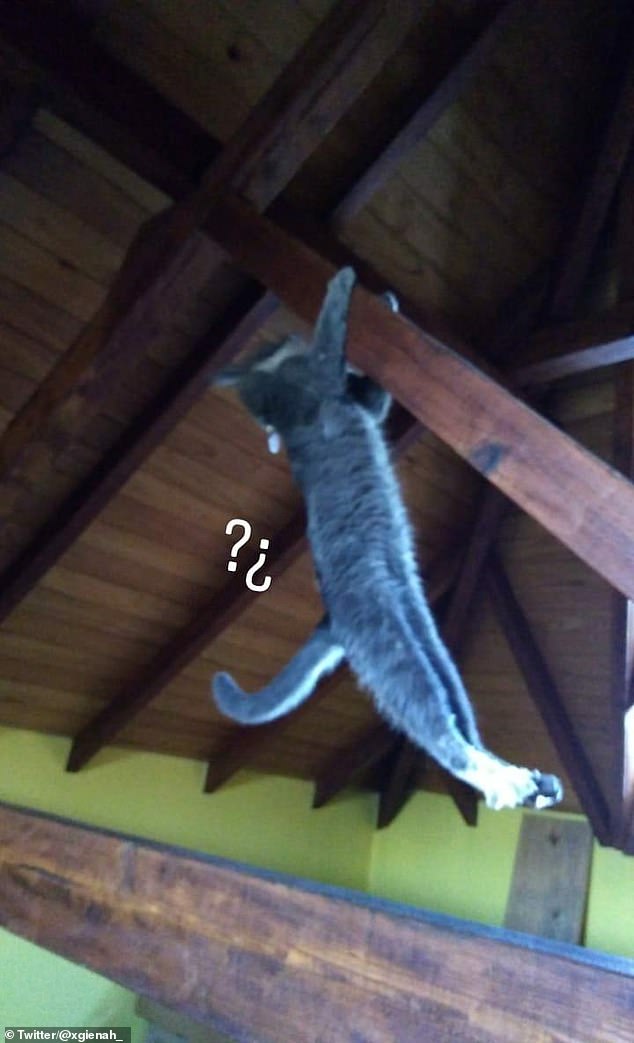 Dancing on the ceiling! Maik, from Buenos Aires, Argentina, shared this snap of her cat hanging from a beam overhead 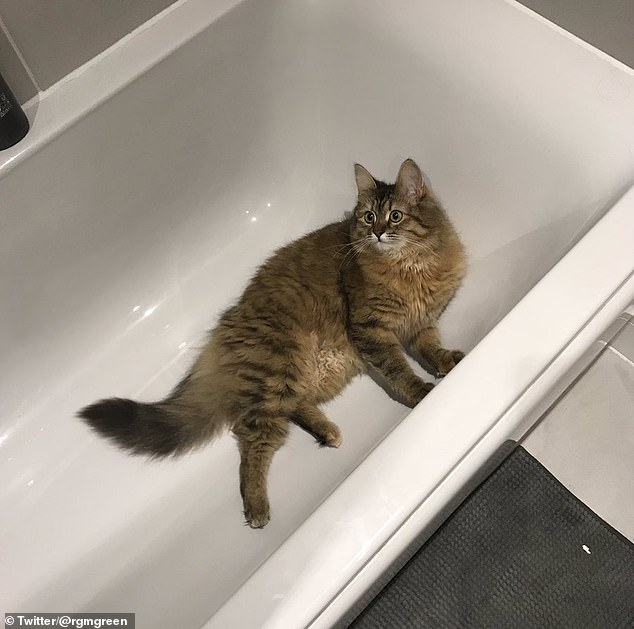 Don’t add water! Rose Green’s cat Laika, who lives in London, gets worried when any one takes a bath, but loves to sit in the tub herself 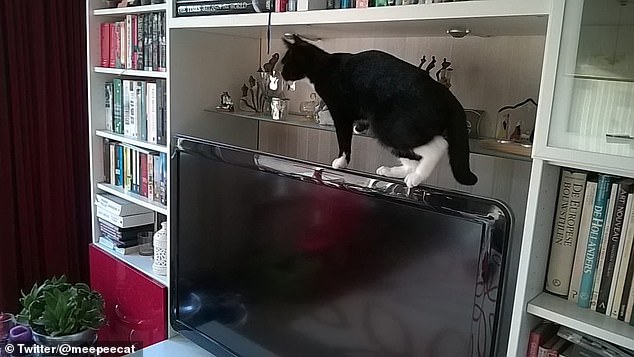 That’s one way of channel hogging: Zorro, who lives in the Netherlands with his owner Anka, loves to climb on top of the TV 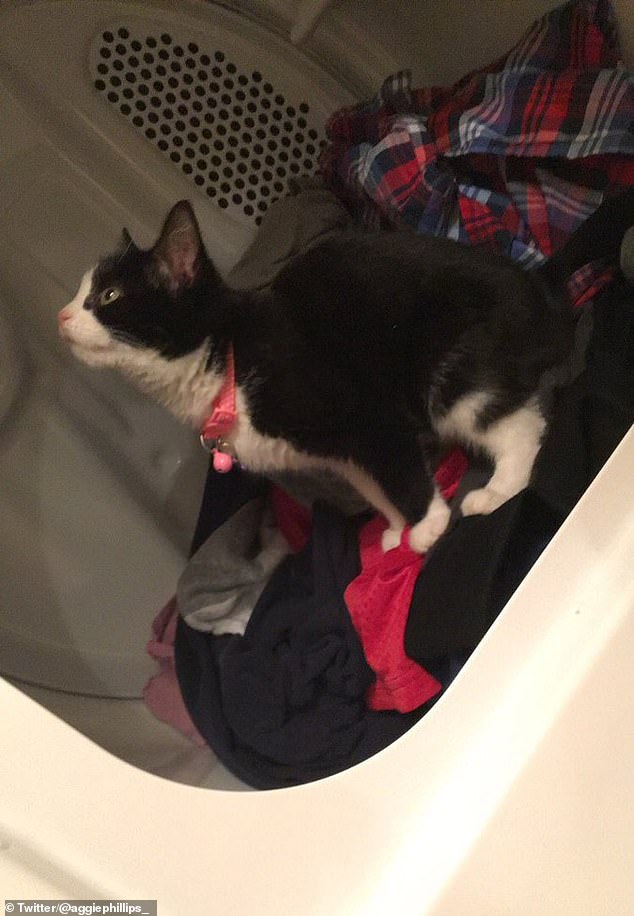 They’ll never find me here: Agatha Phillips, a student at the Indiana University of Pennsylvania, shared this snap of her kitty hiding in the dryer 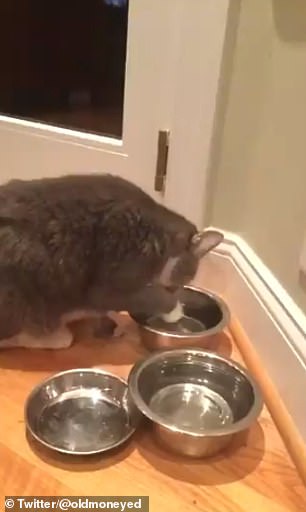 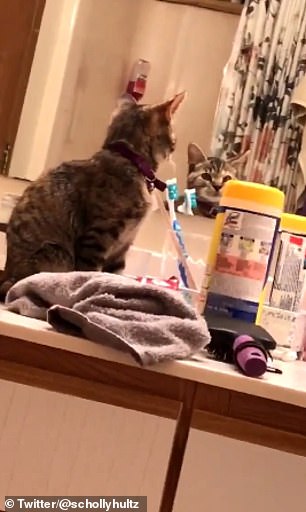 Anna’s cat Misty drinks water by dipping her paw into the bowl and lifting the droplets to her mouth, while Holly’s cat loves staring at herself in the mirror (right) 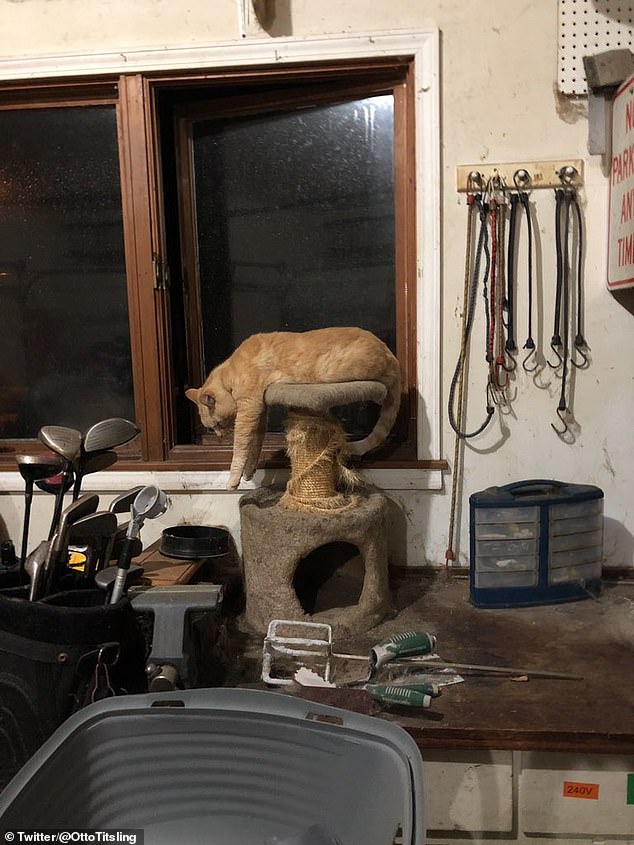 Another user, from Michigan, shared this snap of his cat sleeping in a very strange position on top of a scratching post 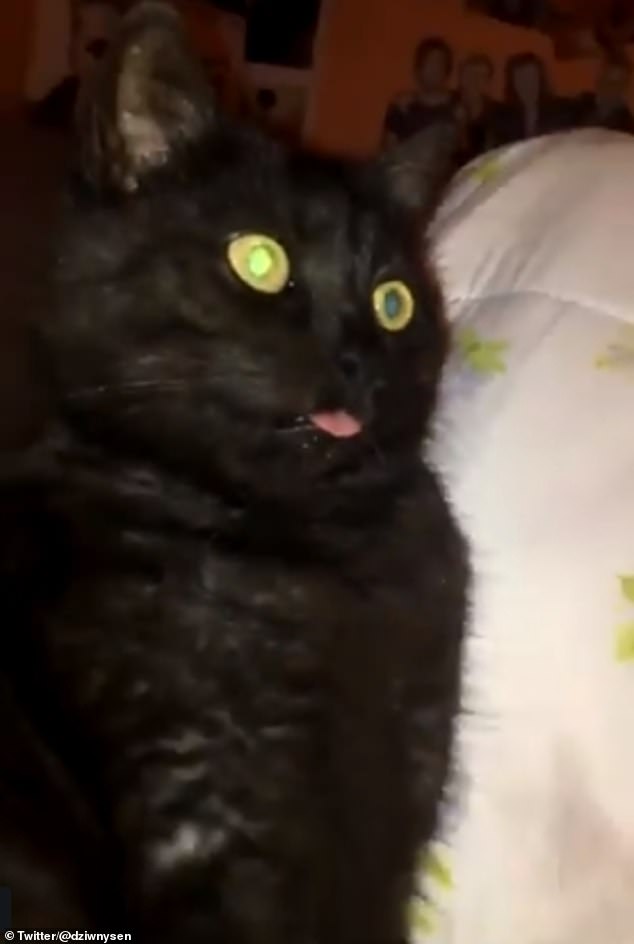 Another user shared this snap of their cat with its tongue out, seemingly for no reason 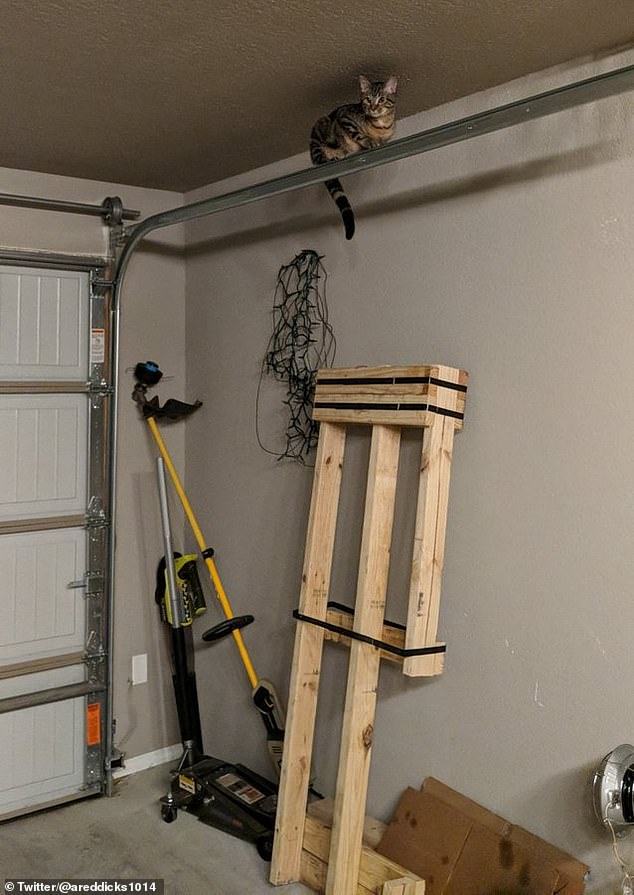 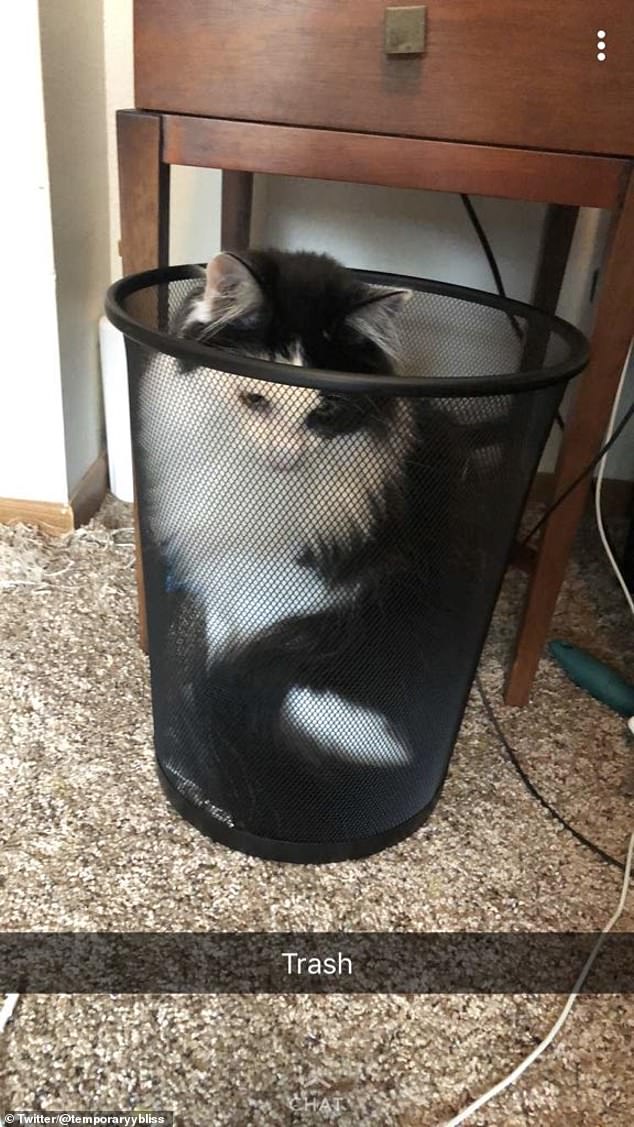 Holly shared this picture of her cat in a trash can with the caption: ‘Burt is just an odd boy honestly’