Surveillance footage captured the shocking moment two Pennsylvania gunmen got into a shootout while running around a mini van, forcing young school children to run to safety.

The men in Chester City got into the shootout at 10th and Parker Street at 8am on Friday, NBC Philadelphia reports.

In the video, the two men approach each other in a residential neighborhood and quickly draw their guns.

Using a grey minivan as a shield, the men run around the car while continuing to repeatedly shoot at each other, one block from Columbus Elementary School.

School children across the street begin to run away from the shooting and a man sitting in a car in front of the altercation exits his vehicle to escape.

Bullet holes can be seen on the minivan’s front window.

After a few seconds, one of the gunmen runs away from the altercation and out of the camera’s view.

Resident Sauda Muhammad told Fox 29: ‘I’m hoping and praying things get better around here because it’s a disaster in the city. I’m scared for my grandchildren.’

Two gunmen (pictured) got into a shootout and ran around a grey minivan in Chester City, Pennsylvania on Friday 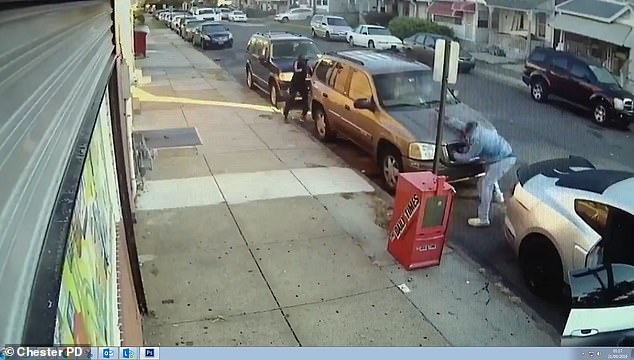 Authorities have identified one of the gunman as Haneef Payne on Friday afternoon after publicly releasing the footage.

According to Fox 29 reported Kelly Rule, police officers were preparing the arrest warrant this afternoon.

The other gunmen has yet to be identified.

The Chester Police Department Commissioner Otis Blair said: ‘we’re going to get him too.’ 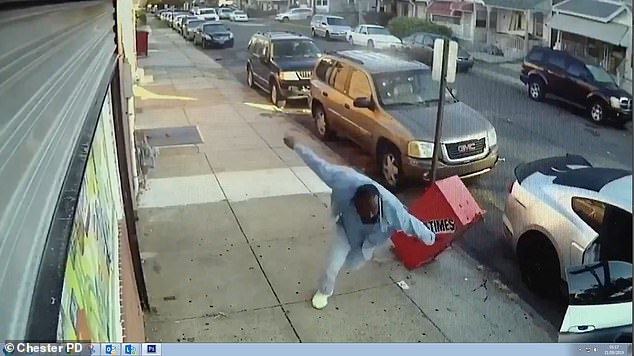 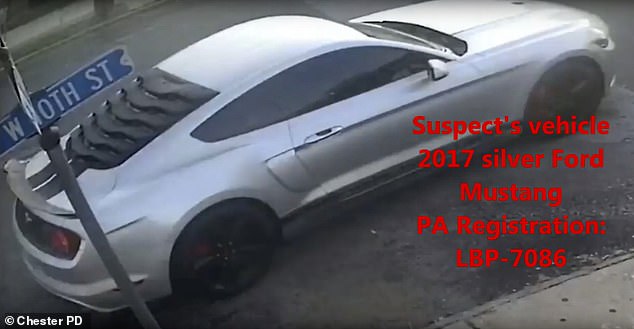 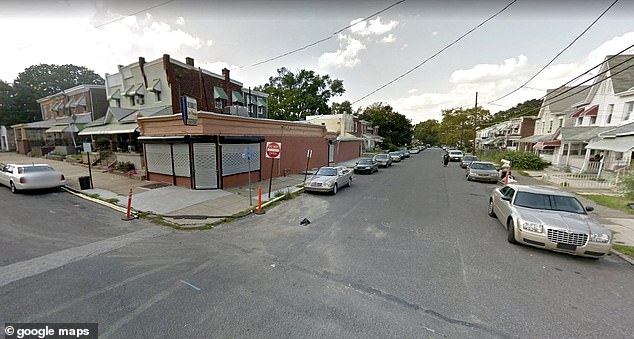 The shooting took place at 10th and Parker Street, only one day after two teenage boys were shot at Chester High School

Pennsylvania Mayor Thaddeus Kirkland said in a press conference he is ‘disgusted and outraged.’

The shooting comes off a long string of gun violence in the area.

The day before a 15-year-old boy and a 17-year-old boy were after a shooting happened near Chester High School.

On August 30, a 7-year-old girl and her 48-year-old grandfather were shoot in broad daylight.

‘I have one question. When is enough, enough?’, Blair said.

City officials said in a press conference they will crack down on gun violence.