A police drone operator was forced to steer the device away from the path of an F-15 fighter jet travelling at nearly 520mph, a report has revealed.

The Devon and Cornwall officer was convinced there would be a collision as the military jet came into view and then banked right above Throwleigh, Devon, on January 16.

The Airprox board, which looks into near-misses, reported the 6kg device was flying at an altitude of around 300ft when the pilot heard a fast jet approaching.

‘He descended the drone as quickly as possible,’ the report said.

An F-15 fighter jet was travelling at nearly 520mph, a report has revealed when it had a near miss with the drone 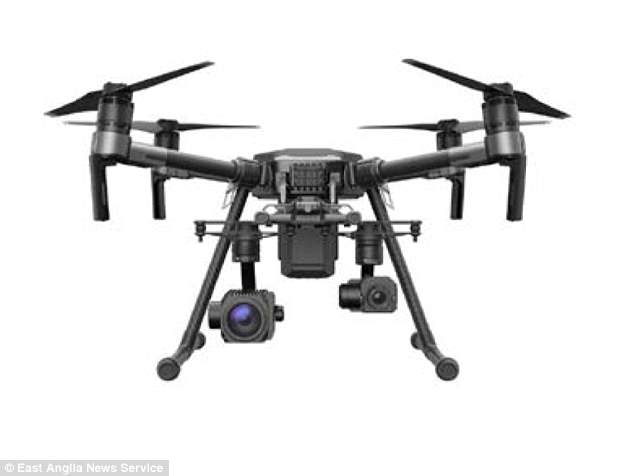 The Devon and Cornwall Police drone, weighing 6kg, was flying at an altitude of around 300ft

‘The jet came into view from right-to-left and seemed to pass by the drone at the same altitude; it looked like the jet was within 200m laterally of the drone.

‘Once the jet was in view it started banking to the right and he honestly believed it was going to collide with the drone. The jet continued, and was followed a few seconds later by a second jet.’

The police drone pilot had completed a task and was returning to the landing site when the incident occurred at around 12pm, the report said.

The F-15 pilot, who was flying at an altitude of 500ft, could not see the drone but the drone pilot said the risk of a collision was ‘high’. 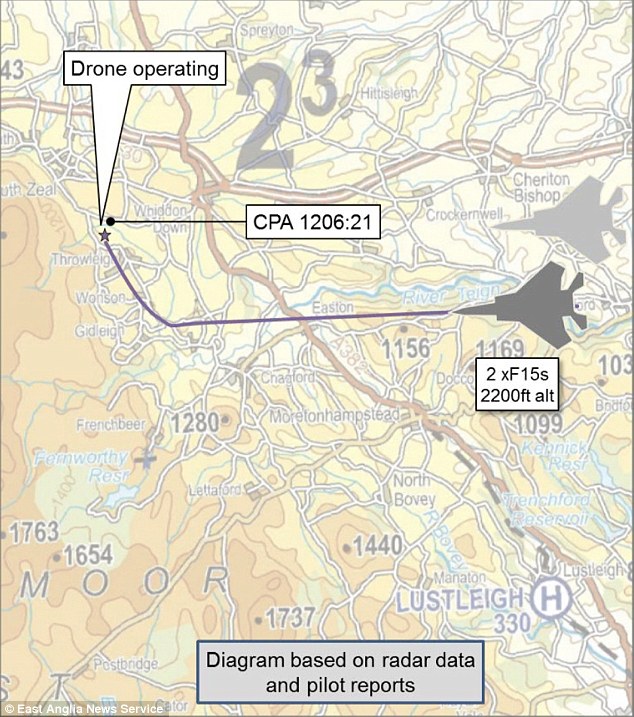 A map showing the path of the two jets as they banked towards the drone over Throwleigh, Devon

The events led the Airprox board to discuss whether the replacement for the Centralised Aviation Data Service – a planning service which helps the military plan routes through UK airspace – could also incorporate information from NATS’ (National Air Traffic Services) Drone Assist App to ‘contribute to a unified traffic management system’.