Tyron Woodley has enlisted the services of Floyd Mayweather ahead of his fight against Jake Paul on August 28.

Former UFC champion Woodley will be making his professional boxing debut when he meets unbeaten Paul next month.

And ahead of that highly-anticipated clash, Woodley has sought the help of Mayweather, who is out on his own at with an 50-0 professional record. 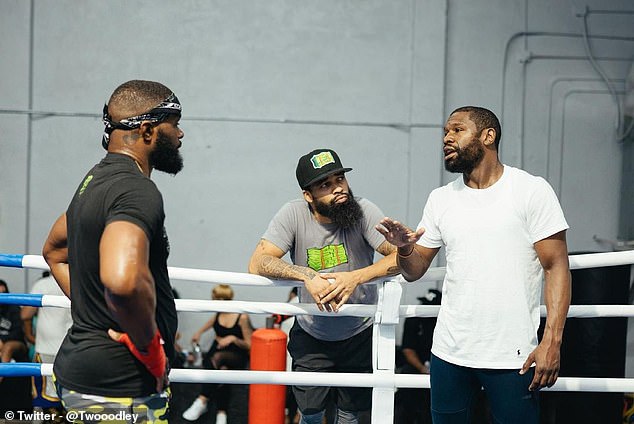 In a tweet revealing some images of their session on Thursday on social media, Woodley also tweeted: ‘Bank Robbery in progress. ‘Y’all f***** up! It’s stuck now!!’

Mayweather’s involvement or duration of training Woodley is unclear but it was the 44-year-old who first reached out to the 39-year-old last month.

‘Get me Tyron Woodley,’ Mayweather told reporters in early June. ‘I’m gonna make sure I get him in camp, and I’m gonna train him for this fight.

‘I want Tyron Woodley to come to Las Vegas and work with us.’ 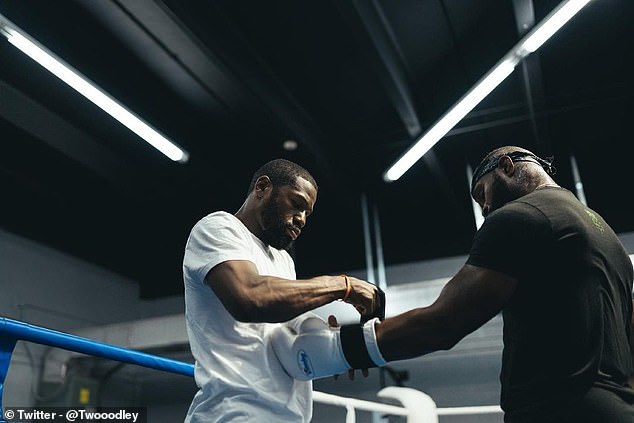 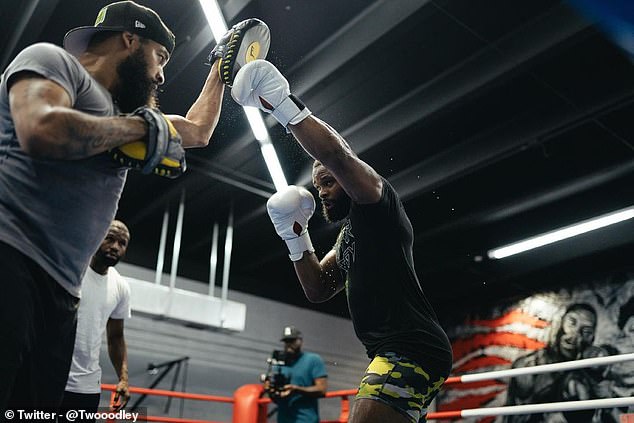 Mayweather’s remarks came just a few days before he took on Jake Paul’s brother Logan in an exhibition match in Florida.

The fight went the full eight rounds, but no winner was announced at the end of it.

But next month it will be Woodley’s turn to face a member of the Paul family, with 24-year-old Jake defeating fellow YouTuber AnEsonGib, Nate Robinson and most recently Ben Askren in his three professional fights to date.

Woodley meanwhile reigned the UFC welterweight division between 2016 and 2018, but is now without a win in three years. 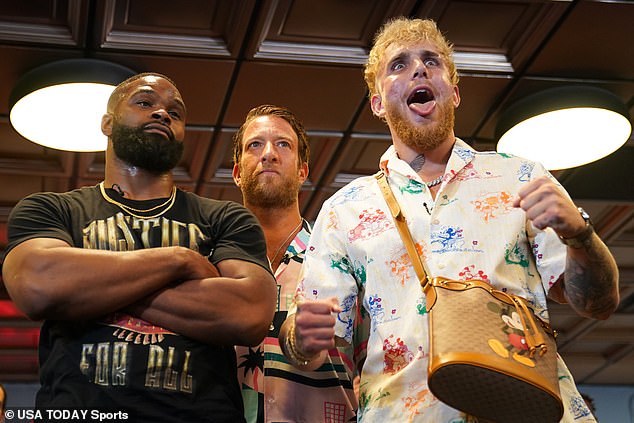 He was therefore let go by UFC in the aftermath of four successive defeats at the hands of Colby Covington, Kamaru Usman, Gilbert Burns and Vicente Luque respectively.

But Woodley believes his opponent’s unbeaten record will come to a shuddering halt when they face each other – because the YouTuber’s camp have been hyping up his ability too much.

Paul however has promised to ‘drown’ Woodley with his ‘overwhelming’ qualities in the ring when they meet in the summer. 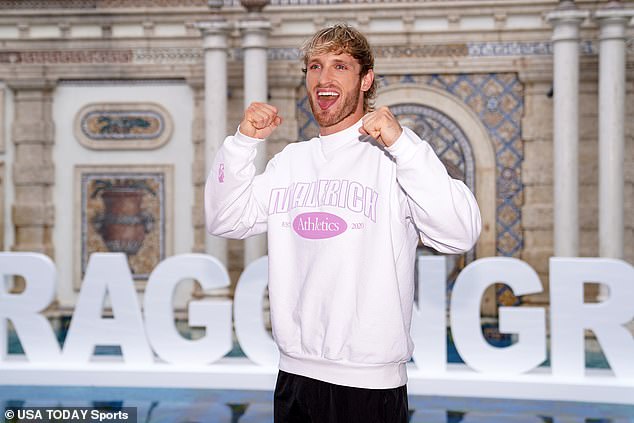