She was arrested for biting her on-again, on-off boyfriend Guy Vasey over the weekend.

But before the domestic dispute, Tziporah Malkah, formerly known as Kate Fischer, and her partner were the picture of bliss during a beach date.

In pictures taken earlier this month at a South Australian beach, the 44-year-old former fiancee of James Packer appeared carefree and relaxed as she frolicked in the surf with her man.

The way they were: Tziporah Malkah shows off her slimmed-down figure in a swimsuit during beach date with on-again, on-off boyfriend Guy Vasey… before they split over domestic dispute 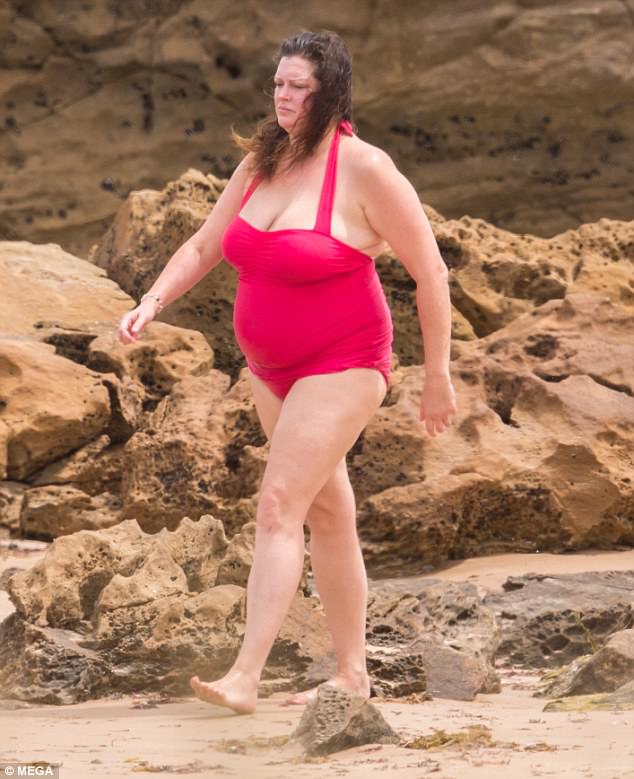 In the red: Tziporah showed off her slimmed down figure in a pink bathing suit after shedding 19 kilograms while competing on last year’s series of I’m A Celebrity…Get Me Out Of Here!

Tziporah showed off her slimmed down figure in a pink bathing suit after shedding 19 kilograms while competing on last year’s series of I’m A Celebrity…Get Me Out Of Here!

The former cover girl opted for a plunging halterneck style one-piece that drew attention to her cleavage, and ruching of fabric from the bust down provided a flattering effect.

Tziporah accessorised with a delicate bracelet on her right wrist and allowed her brunette locks to fall in relaxed waves around her face and shoulders.

Flattering cut: The former cover girl opted for a plunging halterneck style one-piece that drew attention to her cleavage 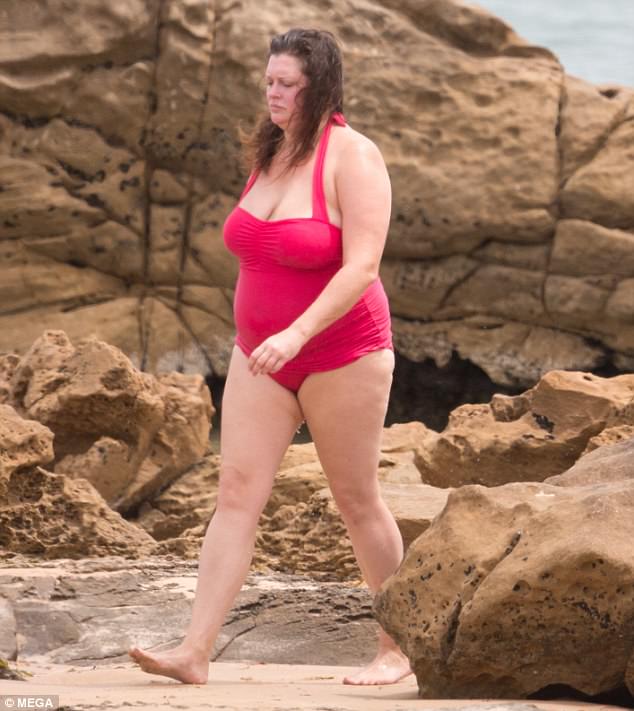 Details: Ruching of fabric from the bust provided a flattering touch to her beach look

She also appeared to go makeup-free for the occasion, showing off a blemish-free visage.

Tziporah was accompanied by on-again, off-again beau Guy, who sported a pair of black Billabong board shorts.

The pair frolicked in the surf and enjoyed a casual stroll along the shore, with Tziporah letting out a wide grin.

All smiles: Tziporah and Guy were pictured laughing during the low-key outing

Quick adjustment: At one stage, the brunette was seen pulling down on the fabric of her bathing suit 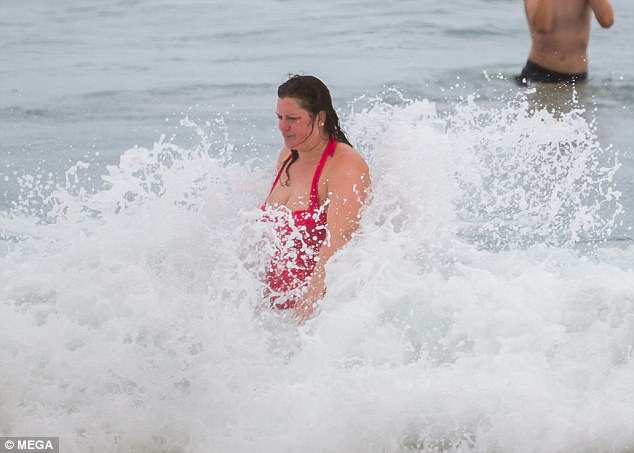 Making a splash! The ex-fiancée of billionaire James Packer frolicked in the surf

They later made their way back to their belongings, with Tziporah taking a seat on a rocky ledge.

Over the weekend, Tziporah claimed she was left with bruises on her arms by South Australian Police after being arrested for biting Guy during a domestic dispute.

‘About 48 hours ago I bit my partner Guy Vasey. 24 hours later, as I was quietly on screen in my room, he called the police and had them come over, arrest me for assault, handcuff me and throw me into the paddy wagon,’ she claimed on Instagram. 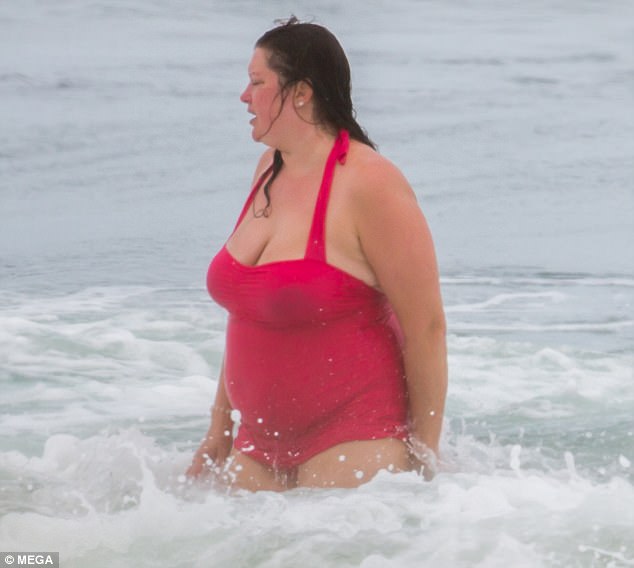 Dripping wet: Her locks were slicked back off her face 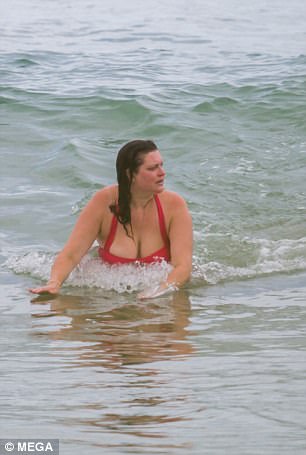 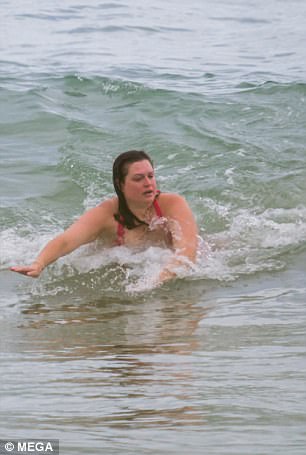 Riding the waves! Tziporah rode the waves as she enjoyed a cool dip in the ocean

Company: Guy followed closely behind, jumping over the waves

‘I was finally taken to the … cop shop where amongst other things I was dragged along the floor, pushed and shoved and made to lie in my own urine in a cold room with no blanket. They would not allow me to take my medication or see a Dr.’

They stated that: ‘She was also issued with a Police Interim Intervention Order and was bailed to appear in Victor Harbor Magistrates Court on 5 February.’

Turn of events: Over the weekend, Tziporah claimed she was left with bruises on her arms by South Australian Police after being arrested for biting Guy during a domestic dispute

On-again, off-again: Tziporah was arrested for biting Guy, having previously admitted to the two having a turbulent relationship 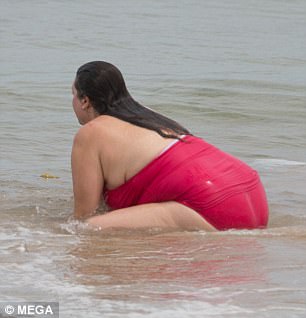 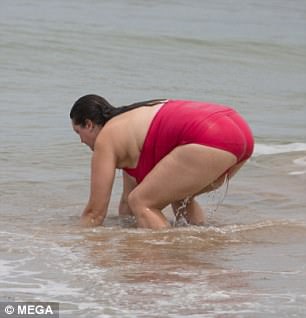 Online: The star has been open about the claims and her relationship with Guy in a series of detailed Instagram posts 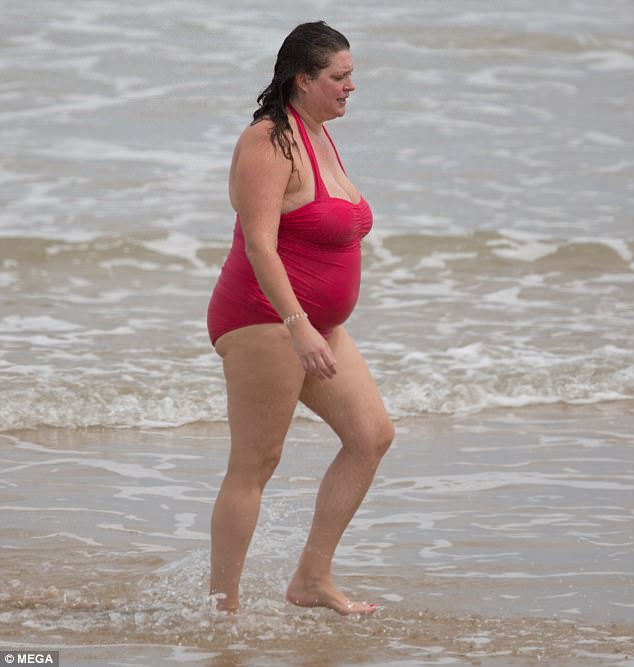 Moving on: One recent post shared to Instagram on Monday saw Tziporah sharing with fans that she needs to ‘rinse off’ the past few weeks

Police made no further comment in relation to Tziporah’s accusations of mistreatment and are ‘not aware of any official complaint having been made.’

In her post, Tziporah also added that she will leave South Australia, where she has been living in part since she began her relationship with Guy last year.

‘Once I have organised moving vans and a police escort, I’ll be packing my stuff & leaving Port Elliot. I’ll most likely relocate to Sydney. Edgecliff, Double Bay hopefully,’ Tziporah claimed. 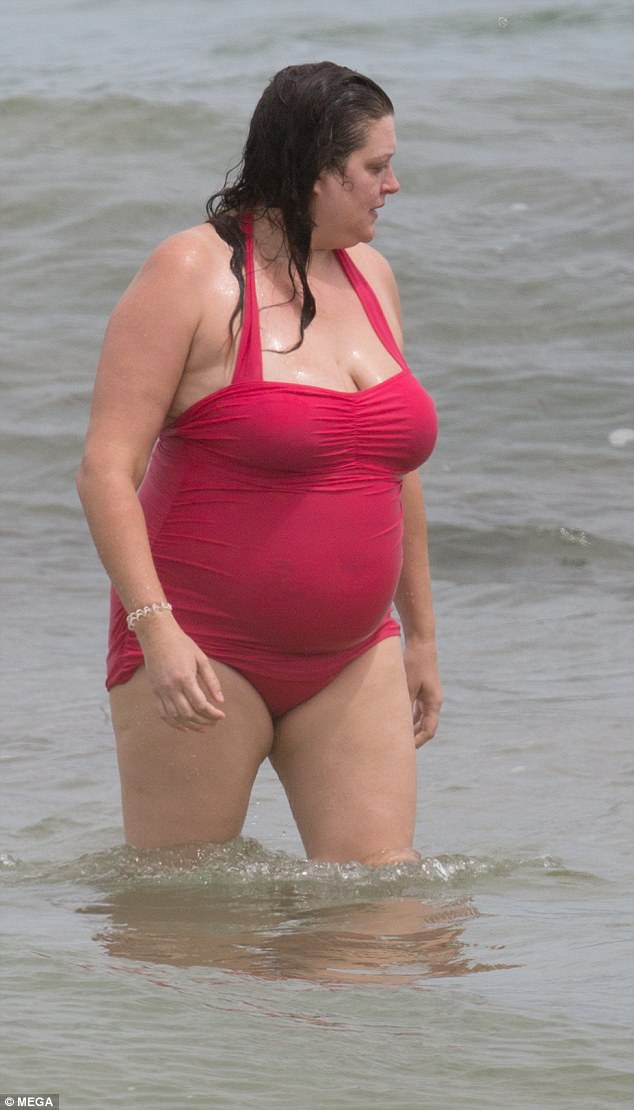 Support: Tziporah has been relying on the support of loved ones, revealing in an earlier post that she’s staying at a friend’s house

‘As for Guy Vasey, I wish him all the best’, she concluded.

Tziporah first dated Guy when they were teenagers, resuming their romance partway through last year.

Their relationship has been filled with fiery confrontations, with Tziporah acknowledging to New Idea last month that they are ‘like a pair of lovers in a Latino soap opera’ and ‘we fight hard, we love hard!’ 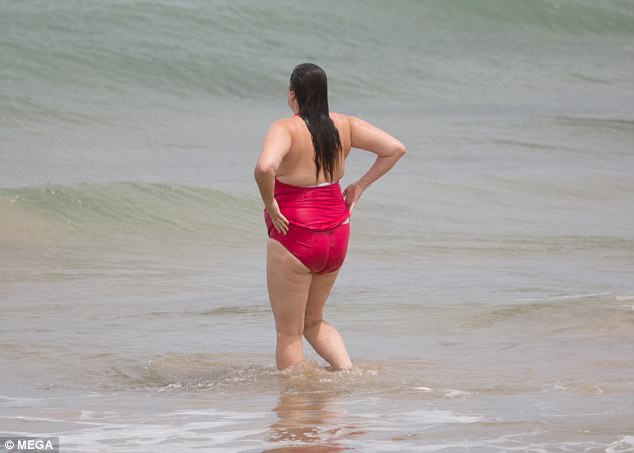 Tresses: Her long brunette locks fell behind her back as she took a dip in the cooling water 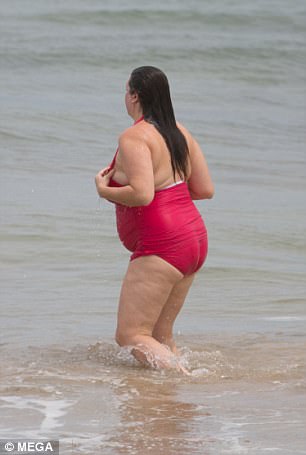 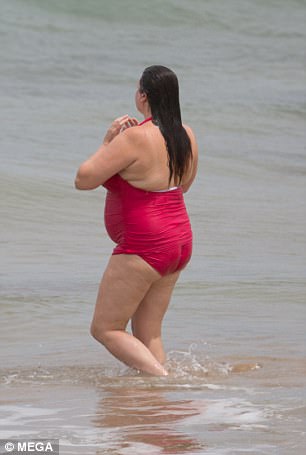 She’s got it: At one stage, Tziporah readjusted the straps of her one-piece

One of Australia’s most prominent models of the 1990s, Tziporah suffered a dramatic fall from grace following the end of her five-year relationship with James Packer in 1998.

After relocating to Los Angeles, the star was swindled out of $2 million dollars she gave to a lover, later finding out that he had a wife and family in another country.

In 2011 she returned to Australia and was briefly homeless, living in a women’s shelter.

Tziporah later appeared on the 2017 series of I’m A Celebrity…Get Me Out Of Here! where she shed 19 kilograms.

Habit: Tziporah puffed on a cigarette as she and Guy made their way back to the shore